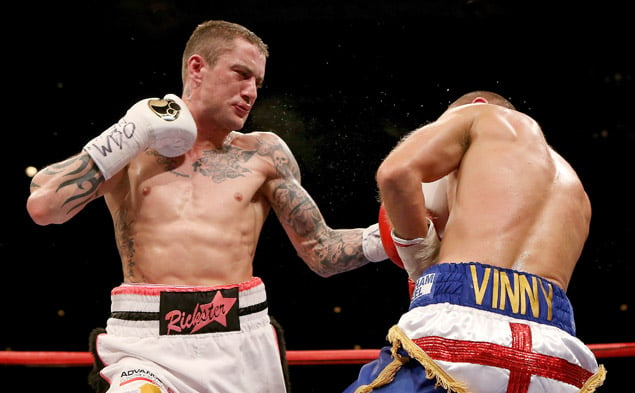 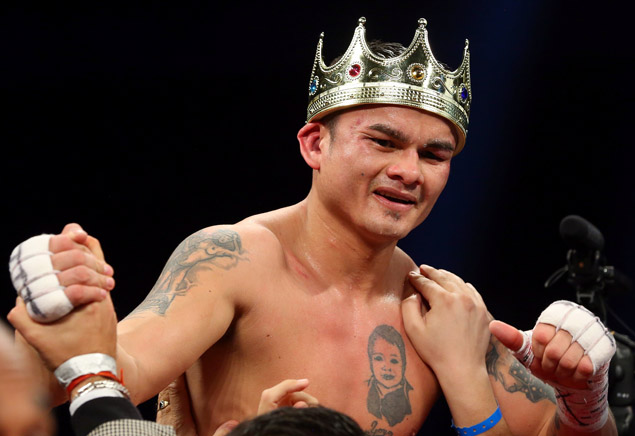 The wait is over.

Floyd Mayweather Jr. announced on Monday, his 37th birthday, that he will fight Marcos Maidana in a welterweight title bout on May 3, choosing the power-punching Argentine over England's Amir Khan.

Mayweather (45-0, 26 knockouts) made the decision known on his verified Twitter account. Maidana (35-3, 31 KOs), who won the WBA welterweight title by outpointing Adrien Broner in December, will challenge for Mayweather's RING and WBC 147-pound championships.

"I will be fighting Marcos Maidana May 3rd on Pay-per-view Showtime/CBS," wrote Mayweather.

Mayweather's decision verified what Khan (28-3, 19 KOs) already knew on Friday, when the frustrated former 140-pound beltholder Tweeted his knowledge of Mayweather's choice despite having stated publicly in December that he already had signed his contract to face Mayweather.

Maidana, 30, will bypass a previously considered rematch with Broner to engage in the biggest fight of his career.

Maidana is 4-0, with three knockouts as a welterweight since falling by unanimous decision to Devon Alexander in his 147-pound debut in February 2012. That run includes stoppage victories in the sixth and eighth rounds over Josesito Lopez and Jesus Soto Karass.

Khan, 27, would have been looking for his third straight victory in as many fights under trainer Virgil Hunter, who replaced Freddie Roach after Khan was knocked out by Danny Garcia last July. Prior to facing Garcia, Khan had lost a disputed split-decision to current IBF 140-pound beltholder Lamont Peterson in December 2011.

Khan has been victorious, however, in his past two bouts, by 10th-round knockout over Carlos Molina (a California-based lightweight prospect who is not to be confused with the IBF junior middleweight titleholder of the same name) in December of last year and by unanimous decision over former titleholder Julio Diaz in July.

Mayweather was last in the ring in September, when he dethroned Canelo Alvarez for the RING and WBC 154-pound championships by majority decision.

In May 2013, Mayweather unanimously decisioned Robert Guerrero in defense of the WBC 147-pound title he had earned by dethroning Victor Ortiz via fourth-round stoppage in September of 2011, cementing his status as RING welterweight champion as well. Mayweather scored a unanimous decision over Miguel Cotto in May 2012, winning the WBA 154-pound title.