Diego and Jessie Magdaleno share the spotlight on Saturday 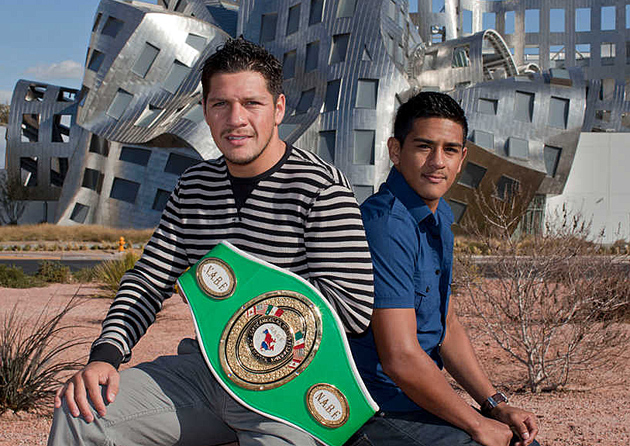 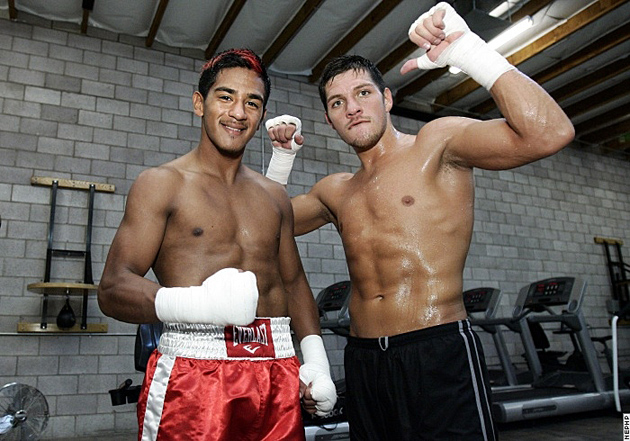 Sibling rivalry comes in all shapes and sizes.

It seems that it is human nature to compete not only against your adversaries, but also against those you grow up closest to.

Some of these rivalries within a family can get bitter and nasty. Maybe one sibling performs at a higher level than the other, causing friction if jealousy sets in with the underachiever.

Or the rivalry can cause a division amongst a family, especially where resources and attention come into play.

However, you will not find rivalry of any sort between Diego and Jessie Magdaleno. The boxing brothers share a gym where they work at, a world-class trainer, and are mostly inseparable outside the gym. Rather than any rivalry, you will find motivation and determination between the two in an attempt to win a world title by the end of this year.

Both brothers will be in action on Saturday night at the C. Robert Lee Center in Hawaiian Gardens, Calif. In the main event, Diego Magdaleno (24-1, 9 knockouts), THE RING’s No. 8-rated 130 pounder, will fight Jorge Pazos in a scheduled 10-round junior lightweight bout.

It is not the first (nor will it probably be the last) time the Magdalenos, who reside in Las Vegas, appear on the same fight card. Saturday night will mark the sixth time as professionals they will share a dressing room, with many more times in the amateur ranks.

Does each brother want to outdo the other based on their performance in the ring? Sure. But they do it in a manner to motivate and bring the best out of each other.

“We definitely work hard in the gym and it translates to the ring,” Diego Magdaleno told RingTV.com in a phone interview on Monday night. “We motivate each other. When we’ve fought on the same show, one of us sets the tone for the other to do as good in the ring. We’re each other’s biggest fans.”

And it looks like they have set high standards for each other. They’re ultimate goal is to win world title belts in their respective weight divisions.

Diego had an opportunity at a world title slip through his fingers last April, when he lost a 12-round split decision to Roman “Rocky” Martinez in Macau, China. While the loss stung, it may have made Diego more driven and stronger mentally to seek the title that he strives for.

“I’m not giving up on getting that belt at 130 pounds,” he said. “That’s my goal before I eventually move up to 135 pounds. I’m going to continue working hard and doing whatever I have to do to win that belt.”

A world title opportunity is something Jessie Magdaleno also has his eyes set on. At 22 years of age, Jessie has been near the top of lists of boxing prospects to watch.

He has dominated most of the modest competition he has faced thus far in his young career. While some may think he may be a year or two away from fighting from a world title, should he continue winning, Jessie believes he is ready to fight for one later this year.

Diego and Jessie Magdaleno could attribute their success within the last year to trainer Joel Diaz. After having had Pat Burns in their corner for most of their career, the Magdaleno brothers traveled to Indio, Calif., where Diaz resides and trains fighters.

Having worked with brothers Antonio and Julio, unbeaten welterweight Timothy Bradley Jr., and Omar Figueroa, the Magdaleno brothers believe they’re in good hands in their journey towards a world title shot.

“Joel is great,” said Diego, who has worked with Diaz longer than his brother. “He works you hard and you learn. What I like about him is that he never has one game plan. He always has a back-up plan or a plan B. Like for this fight, I was supposed to fight (Ernie) Sanchez, but now I’m fighting (Jorge) Pazos. We trained for different things and it got me ready for (Saturday.)”

Pazos replaced Sanchez as Diego Magdaleno’s opponent less than a week ago.

Nothing is given and an upset by a fringe contender or journeyman could happen, which makes the Magdalenos never overlook whomever they are fighting.

So it seems as though the Magdaleno brothers have everything in hand at this point in their career. Support from their family and friends, legit and quality trainer in their corner, and a solid management that represents them in Frank Espinoza.

With as much at stake, it could be while one celebrates a world title, the other will not be far behind.

Francisco A. Salazar has written for RingTV since October of 2013 and has covered professional boxing in Southern California and abroad since 2000. He also covers boxing for the Ventura County (CA) Star newspaper, Knockout Nation, and Boxingscene.com. He could be reached by email at [email protected] or on Twitter at FSalazarBoxing