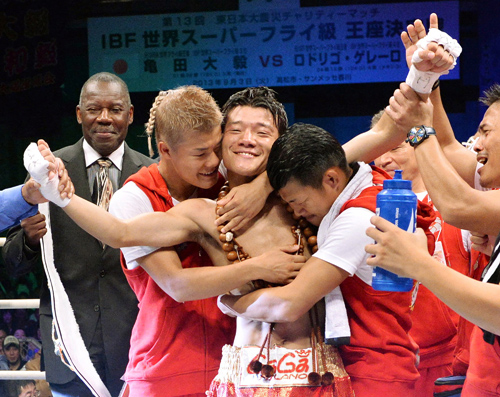 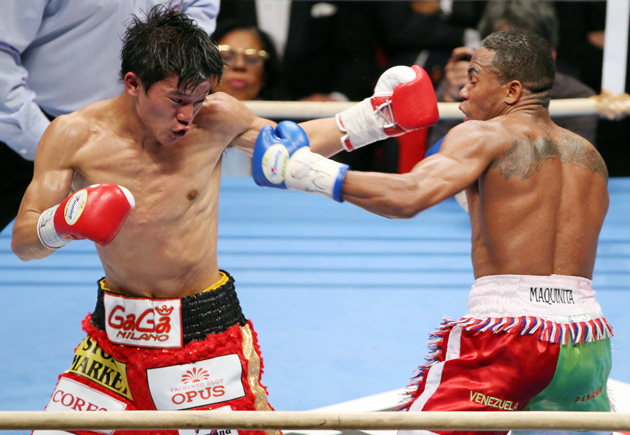 All activities of the Kameda Gym, home to the history making fighting Kameda brothers, were suspended by the Japanese Boxing Commission (JBC) following a press conference on Friday.

The popular, some would say infamous, Osaka-based gym was penalized by Japan’s boxing authority after the poorly organized 115-pound title bout between Daiki Kameda and Liborio Solis last December.

The owner of the gym, Shinji Yoshii, and manager Satoshi Shima were the focus of the JBC ruling. Both are currently banned from operating the gym and from taking part in Japan-sanctioned boxing events.

“Until we confirm Kameda Gym’s proper governance to recover, the JBC will have their licenses revoked.” said JBC director Hiroshi Akiyama.

Vice-Executive secretary Nobuaki Uratani added “There were too many troubles caused by Kameda Gym, and the JBC has lost mutual trust with them.”

The ruling could mean that the three Kameda brothers, Koki, Daiki and Tomoki may have to fight overseas or move to another Japan-based gym.

The Kamedas’ attorney said they would appeal the decision and if unsuccessful hinted that a lawsuit would follow.

It is also believed an unnamed member of the JBC who officiated at the Daiki Kameda-Rodrigo Guerrero fight last September had been locked in a room following a rules meeting and threatened. Following the incident he is thought to be seeking in the realm of $100,000 for the mental distress caused.

It’s not the first indiscretion by the Kamedas. Back in 2007 the patriarch of the family, Shiro, was indefinitely banned for his part in Daiki’s rough-and-tumble challenge against WBC 112-pound titleholder Daisuke Naito. His father was heard telling him to fight in an illegal manner which included throwing Naito to the floor. Daiki also received a one-year ban for fighting dirty.

The Kameda brothers grew up in the Nishinari Ward in Osaka Prefecture, a tough area of Osaka, taking up boxing because of the economic security it would bring their family. It was always their father’s dream that all three of his sons would win world titles, holding them simultaneously, something they achieved last year.

Recently Koki (32-1, 17 knockouts) vacated his WBA 118-pound strap to go down to 115 pounds where he’ll be looking to become Japan’s first ever four-weight world champion.

In a July interview with RingTV.com the 27-year-old veteran said “in the future I would like to win world titles at super flyweight and super bantamweight (122 pounds). My final aim is conquering five weight classes.”

Daiki (29-4, 18 KOs) is coming off a split decision loss to Solis, though retained his IBF crown when Solis failed to make weight. The 25 year old had previously reigned at flyweight.

The youngest of the fighting brothers 22-year-old Tomoki (29-0, 18 KOs) currently holds the WBO bantamweight title. Tomoki has fought several times in Mexico and had previously distanced himself from his brothers and fathers actions.

Photo / Atsushi Tomura-Getty Images
Questions and/or comments can be sent to Anson at [email protected] and you can follow him at www.twitter.com/AnsonWainwright