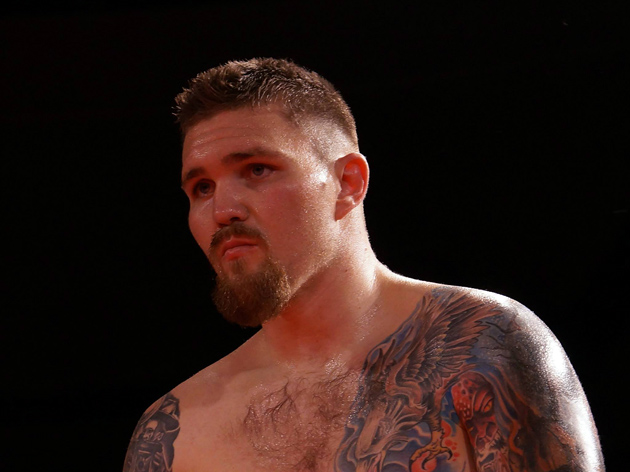 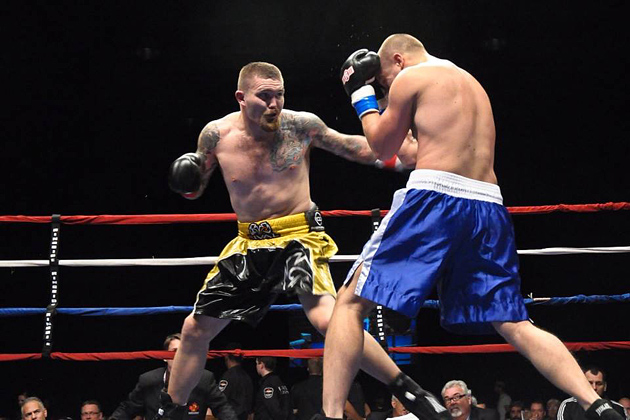 Though American fans might be a tad disappointed that Thomas Oosthuizen won’t be facing Eleider Alvarez in Saturday night’s HBO co-feature, the rabid Canadian audience much prefers what they’re getting instead.

While Oosthuizen was seemingly riding his motorcycle and casually going to the gym, a gutsy Ontario fighter named Andy Gardiner was waiting for an opportunity to step up.

Though he won’t inherit the HBO slot or WBC silver light heavyweight title crack “Tommy Gun” left behind, Gardiner (10-0, 6 knockouts) steps in to face a top-ranked contender in front of more than 21,000 fans at the Bell Centre, and plenty more on Canadian pay-per-view and international broadcasts beneath the Jean Pascal-Lucian Bute mega fight.

“I've wanted it for a long time. I respect Alvarez as a person and as a fighter and all that, but I want to fight him. I want to fight all the best guys, and he's a top guy,” said Gardiner, 26, Ottawa, Ont.

Gardiner, originally from Winnipeg, Manitoba, embodies the ideals of Western Canada. A hard-nosed, no-nonsense individual, his fighting style can be likened to a 175-pound version of Troy Dorsey. He wears a sleeveless t-shirt that says “DTF”—a play on a more obscene acronym, adapted to mean “down to fight.” He enters the ring to the sounds of Johnny Cash, and does little more than scowl and smack his gloves together when his name is announced.

In his two years as a professional, he’s garnered a fair bit of buzz as a reliable action fighter on cards in Ontario and Quebec. Earlier this month, he inked a deal with Eye of the Tiger Promotions, which handles the careers of notables such as Bermane Stiverne and Dierry Jean.

Much of the aforementioned action has been fairly one-sided, despite some bleeding from the cut-prone brawler. Though he won’t say it explicitly, Gardiner was making it fairly obvious that he was starving for a challenge. He neglected to celebrate after pounding a hapless Atilla Tibor Nagy, a part-time kickboxer who spent much of his time resisting the urge to check kicks along the ropes as Gardiner wailed on his midsection.

Then, after Emiliano Cayetano quit on his stool, Gardiner had the look and manner of one who lost a fight, when really, he just didn’t get one.

"I wouldn't say I was bored – I do understand there's a process, and my manager and my team are going to pick my opponents for me, but I'd go out and fight the world champs right now if I could. But obviously I've got to take the steps, and thankfully this is the next step," said Gardiner.

Knowing that boxers who fight in the manner Gardiner does tend to see their hourglass run out a little faster than usual, the brain trust behind him started to get a bit anxious as well. With that in mind, when news broke that Oosthuizen was out, trainer and manager Eric Belanger picked up the phone immediately.

“He's not going to hit 60 professional fights,” said trainer Eric Belanger. “Win, lose or draw, it can only launch his career. It can't really set him back. Really, it'll give us a good gauge of where he's at and where we should go from here.”

Perhaps where he is now is a perfect place to be taking this kind of chance. Already preparing for a fight on Feb. 5, Gardiner was in the gym and rapidly approaching weight. The fact that he didn’t have a scheduled opponent probably played into his favor in this case. He was doing no specialized sparring, just general rounds with available opponents, and also working as a partner himself for Lucian Bute. Upon signing the contract, he had about 12 days of ring work specifically dedicated to preparing for Alvarez’s nuances.

“He does this for a living. He doesn't do anything else. He's not in his fifth year as a professional or a world champion who knows in plenty of time when he's fighting. We've had 10 fights in 17 months, so he's always very close to fight shape,” said Belanger. “They were preparing for a 6'4" southpaw who boxes and moves. Now he's gotta fight a 6'0" guy who fights like he's 5'9" who's right handed and comes forward.”

It’s the kind of fight those who long for the “good ol’ days” of boxing harken: A young prospect stepping up to face the more seasoned fighter from the same region. Both the winner and loser improve as a result.

In the same way, Gardiner is the kind of blood and guts fighter the good ol’ days crowd might have watched on television in the 50s.

"I can't wait to go to war. There's no doubt about it, I'm going to get hit," said Gardiner with a laugh. "There's no secret to how I'm going to come into this fight. I don't care how much it hurts me, as long as it hurts him more."

The savvy Quebec boxing audience has been appreciative of the new fight. Gardiner-Alvarez has received an inordinate amount of media coverage for a 10-rounder featuring a last minute replacement. You can chalk it up to the refined pallet of the fight-educated media in La Belle Province.

Or maybe, they’re just appreciative when fighters behave like fighters.

“The sport of boxing would be in a much better place if there were more managers and fighters like Andy Gardiner,” said Belanger.