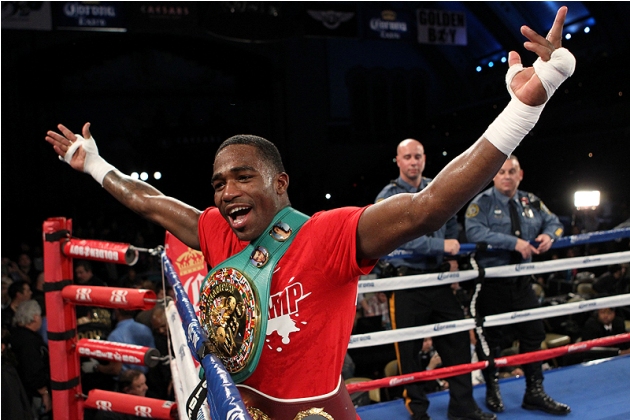 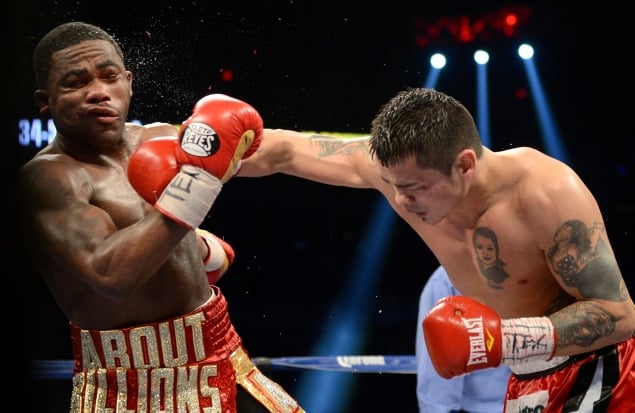 Sporting a bloody nose that occurred during a unanimous decision loss in which he was floored twice and dethroned as WBA welterweight beltholder by Marcos Maidana, a dejected yet defiant Adrien “The Problem” Broner requested "a rematch" with Maidana "in my next fight” during his post-bout interview with Showtime’s Barry Tompkins in the locker room.

It has not been quite a month since the Dec. 14 loss that Maidana (35-3, 31 knockouts) handed Broner (27-1, 22 KOs) but the 24-year-old from Cincinnati still is calling for a return bout, doing so most recently on his Twitter account.

"I give props when it's due, and @ChinoMaidana out-hustled me that night. But this rematch will be different," wrote Broner, who did not have a rematch clause, on Thursday. "Y'all bout to see me back in the ring in some weeks….. And I ain't fighting nobody until I fight @ChinoMaidana again…I'm a warrior."

Maidana dropped Broner in the second and eighth rounds over the course of what was a brutally physical bout which tested the loser's resolve in only his second fight in the 147-pound division after having jumped two weight classes. In a Fight-of-the-Year candidate, Broner endured what he initially thought, in error, was a broken right jaw.

Broner's performance won praise from his mentor and No. 1-ranked pound-for-pound boxer, Floyd Mayweather Jr., who suggested that the 24-year-old's "fight with Maidana should be nothing but a minor setback for a major comeback."

"I don't think he should be focused on chasing the Maidana fight. I think what would be a good move for him is this. May 3, fight on my undercard," said Mayweather, 36, who is reportedly considering bout with either Maidana or England's Amir Khan.  "You know, fight a solid guy at 140, get back on track and get your career in order. That fight with Maidana should be nothing but a minor setback for a major comeback. But as far as Adrien is concerned, he still has a lot to learn."

But Maidana's trainer, Robert Garcia, had transformed the Argentine from the hard-nosed, hammer-fisted determined fighter , who was coming off a one-sided unanimous decision loss to Devon Alexander in his 147-pound debut in February of last year.

“I’m okay. Things happen. Like I said, he fought a helluva a fight, and he was the better man tonight. But guess what? We can rematch at any time. I will fight him my next fight," said Broner, during his interview with Tompkins. "I don’t need a warm up fight. I will fight him in my next fight…I’m still a champion in three different weight classes. Tonight, Maidana was just the better man."