Alvarado returns at 139.8, same as Provodnikov 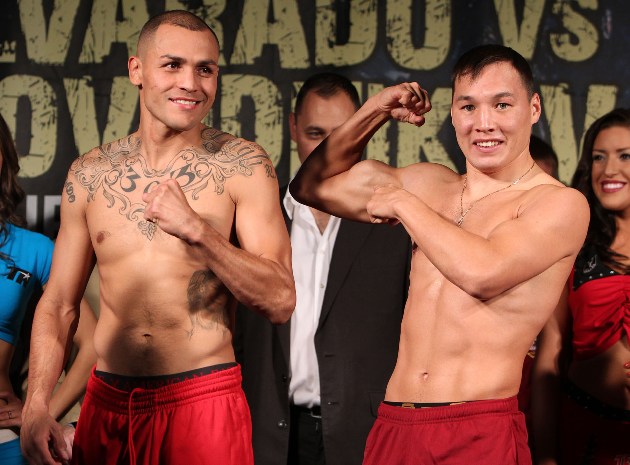 Mike Alvarado’s returned at 139.8 pounds — the same as rival Ruslan Provodnikov — just under two hours after the WBO beltholder had missed the junior welterweight mark by a pound at Friday’s weigh-in.

Alvarado successfully reached the required 140-pound limit after having been given two hours to do so. Provodnikov had weighed in first, followed by Alvarado, at approximately 3:20 mountain time.

“I just asked Ruslan if he was worried about it,” said Provodnikov’s manager, Vadim Kornilov. “He told me, ‘that’s his problem.'”

Alvarado will face Provodnikov on Saturday at 1st Bank Center in Broomfield, Colo., a suburb of Denver, near Alvardo’s hometown of Thornton.