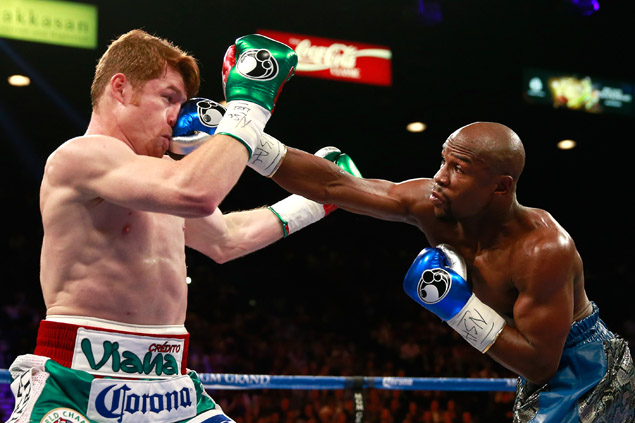 Showtime will air the All Access: Mayweagther vs. Canelo epilogue on Sept. 25 at 10 p.m. ET/PT in the wake of Floyd Mayweather Jr.s majority decision victory over RING and WBC junior middleweight champion Canelo Alvarez at the MGM Grand.

Mayweather (45-0, 26 knockouts) also defended his WBA 154-pound belt against Alvarez, which he’d won by unanimous decision over three-division titlewinner Miguel Cotto in May of 2012.

All Access: Mayweagther vs. Canelo will spotlight the intensity of fight week, taking viewers inside the ropes on fight night and into the rarely seen aftermath of world championship boxing.

Mayweather-Alvarez became the highest-grossing boxing event of all time with nearly $150 million in revenue reported, and Golden Boy CEO Richard Schaefer is predicting totals of “over $200 million.”