Schaefer ready to ‘move on’ from Mayweather-Alvarez flak 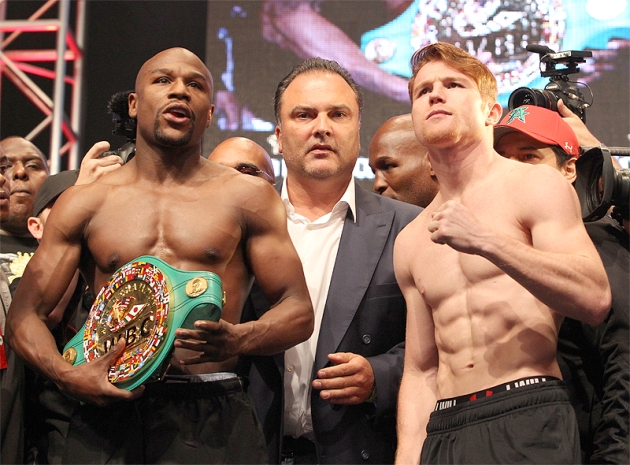 “The biggest fights are always in Las Vegas … If something goes wrong, yeah, it’s a big fight, and it shouldn’t have happened. But if you look at the scope, you have to put it in perspective. I will certainly continue to bring big fights to Las Vegas.”

The controversy centered on judge C.J. Ross, who has taken a leave of absence after her widely scrutinized 114-114 score led to a majority decision for Mayweather over Alvarez in a bout that many among the ringside press thought could have been a shutout victory for the veteran.

“First of all, it doesn’t matter what business you’re in, people make mistakes. You make mistakes, and you move on, and one shouldn’t really dwell on it,” said Schaefer, who used the phrase, “you move on,” several times for emphasis.

“I think that the fact that C.J. Ross has decided to take a leave absence, and doesn’t know whether she will re-apply for a license as a boxing judge, that, in my opinion, is it. You move on. There is no reason to keep on dwelling on that.”

Recommended by Kizer, Ross already had come under question for being one of two judges who scored 115-113 for Tim Bradley in Bradley’s controversial split decision over Manny Pacquiao last June.

“I think that Keith Kizer is one of the most capable, and one of the best executive directors that any commission could have. He knows how to strike the right balance, and how to get along with people,” said Schaefer.

“Maybe in hindsight, you shouldn’t have appointed C.J. Ross. But it happened, and now, you move on. For me, the fact that C.J. Ross decided herself that she won’t be judging any fights for the foreseeable future, I think is the right thing to do, and it shows that she does not want to be taking away from this great victory by Floyd Mayweather, and from this great event. So you move on.”

Nevada Commission Chairman Bill Brady admitted to being “a little surprised” when the Mayweather-Alvarez fight was announced as a majority decision, owing to judges Dave Moretti and Craig Metcalfe scoring it 116-112 and 117-111, respectively, for Mayweather. Brady apologized for failing to block the inclusion of Ross.

“He makes sure that they are properly taken care of. Chairman Brady is an absolute first-class chairman and human being. So I really think that everybody should lay off of the Nevada Commission and move on. I don’t know anybody in any sport or in any profession who never made a mistake. You point things out, you talk about it, and then, you move on. Live and learn. End of story.”