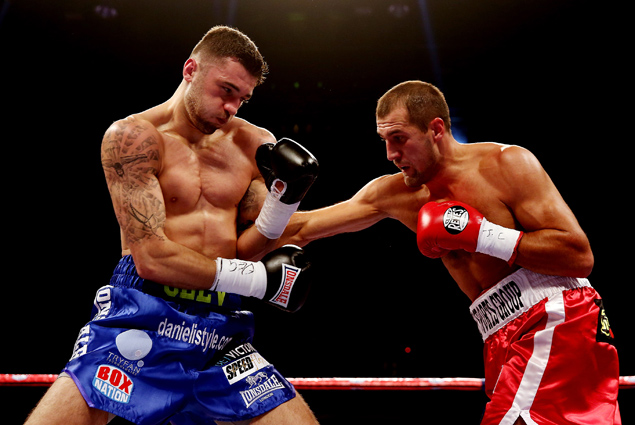 A champion enters the arena amidst a cacophony of noise and bright lights. His endorphins ricochet around a finely tuned physique like lightning bolts. Family, friends, colleagues and the occasional free loader calls him “champ” at every opportunity. The world is quite literally his stage.

The former champion departs the battlefield with his head bowed and a sympathetic pat on the back. If someone calls him “champ” the word seems empty, a black cloud descends on the crestfallen fighter and people are afraid to look him in the eye. It will be months before he competes again and you’re only as good as your last fight.

On Aug. 17 the previously unbeaten Nathan Cleverly experienced a similar fall from grace when the WBO light heavyweight title was ripped from his grasp by rampaging Russian challenger Sergey Kovalev in Cardiff, Wales.

Thousands of champions have been vanquished but not all of them reacted the way Cleverly did.

Two days after succumbing to what was a violent fourth-round knockout at the menacing fists of Kovalev, the Welshman hinted that it could be the end of his career. The 26-year-old, as planned, got out of the country but what was supposed to be a victory lap became a time to convalesce.

Now THE RING’s No. 4 light heavyweight has returned to the U.K. and not only will he resume his career, but his immediate goal is a return fight with the man who ended his three-year championship reign.

RingTV spoke to Cleverly about his plans for the future and found out that the former champion had fully regained his fighting spirit.

Ring TV: What have you been doing since last month?

Nathan Cleverly: I’ve just been living a normal life while taking time out from boxing. I’ve been on holiday in Cyprus, enjoying the sun and eating whatever I wanted. It was nice to live a bit and get mentally and physically refreshed.

RTV: You were so transparent after your first loss as a professional and said you had some thinking to do in relation to continuing with the sport. What conclusion have you come to?

NC: I’m in a positive frame of mind. In a few weeks I see myself back in the gym with the intention of giving it another shot. I want to become a world champion again and that would be my goal because I would never come back just to participate. I would be back to give it everything and reach the same heights that I did before.

RTV: Have you spoken to anyone involved in the sport that may have helped you make this decision, or was it just honest soul searching?

NC: It’s down to the fighter. I spoke to my trainer (father, Vince Cleverly) and my promoter (Frank Warren) but ultimately the decision is mine. If a fighter doesn’t have desire then they shouldn’t be in the ring but if that desire is there you have to go for it and that’s the case with me.

RTV: There are rumors that you will be making changes to your team. What are your thoughts in that regard?

NC: I don’t think there’s the need for a dramatic change because I just got caught and at this level, against a big puncher, that can happen. It would be a shame for me to make huge changes to the whole training system, which has worked up until now, because I’ve been very happy with it. There will be a few tweaks, which will include getting away from home a few weeks before a fight. I need to get away from all distractions and home comforts, then focus exclusively on boxing. I think that will make a massive difference.

RTV: Have you touched base with Freddie Roach, who I’ve heard mentioned?

NC: I haven’t touched base with Freddie Roach but we met when I boxed in L.A. last year (against Shawn Hawk) and he was impressed with what he saw. Freddie also expressed a keen interest in training me, so that is certainly a great option for us. I noticed in The Wild Card Gym that there was plenty of high quality sparring, so that’s yet another reason why it could be a great career move. 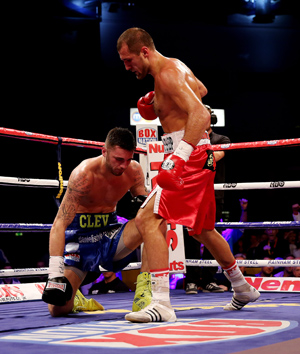 RTV: What are your opinions on Sergey Kovalev having now shared a ring with him?

NC: Kovalev hits tremendously hard with both hands. In the fight I was saying to myself “don’t get caught clean” because when he lands flush, there’s no doubt that you’re in trouble. At the start of the fight I was happy with my game plan, which was ‘don’t do anything crazy, box and keep it tight.’ Watching it back I was pleased until he caught me in Round 3 and from that point onwards it was a downward spiral and I couldn’t recover. He punches so hard with both fists and puts you on the back foot straight away. It’s like he’s making a statement by letting his hands go and he keeps throwing until he lands clean because he knows when he does the opposition will be in trouble. I felt I could win the fight if I kept out of danger but that’s what big punchers do when they land. He found the opening, showed great killer instinct and proved himself at world title level. He’s a top class fighter.

RTV: You’re still regarded as one of the best light heavyweights in the world but does the manner of defeat leave you wanting a couple of confidence building return bouts, or will you come back against a significant threat?

NC: I want to come back in a significant fight and to be honest I want a rematch with Kovalev. I would love that fight and I would go to America for it. It’s not about the money, it’s about pride. We gave Kovalev the chance and I would hope that he would return the favor. I want that as my next fight.

RTV: There were conflicting reports at ringside regarding rematch clauses. Can you clear that up?

NC: I’m not involved in that side of things but, as I understand it, there isn’t a rematch clause. I would just hope that Kovalev’s team respects the fact that I took the fight as a voluntary defense and, in return, give me the chance. As I said, the financial considerations are not a priority, this is about redemption.

RTV: If there is going to be a change in your team, won’t you need a reasonable amount of time to adjust to the new set up?

NC: You could look at it that way but the foundations of my training are in place. There won’t be any dramatic changes and anything that needs fixed can be done in the short term. I would be confident if Kovalev was my next fight. I would love that and mentally I would be satisfied that I was being given my chance. If he beats me again then I would hold my hands up and say he’s the better man but right now I want to regain my world title.

RTV: I would assume that during your meeting with Frank Warren this was discussed. How receptive was your promoter to an immediate rematch?

NC: Frank said there’s no rematch clause and he would like me to have a couple of fights before going back in with Kovalev. My response to that, after watching the fight on TV, is that I want the second fight. From a mental standpoint I need it, so I have since texted Frank and said “Please get me the rematch.” Whether he can deliver it may now be a question of politics.

RTV: Three of the four 175-pound fighters now ranked above you, in The RING ratings, face off against one another in the upcoming months. What are your feelings on Stevenson versus Cloud and Hopkins going against your old foe Karo Murat?

NC: Stevenson is new to the light heavyweight scene and he’s eager to follow up on his knockout victory over Chad Dawson. I think his desire will get him through against Cloud, who has went a little flat of late. I think Stevenson can possibly win that fight via stoppage.

Hopkins against Murat won’t be an exciting fight. Hopkins will hit, not be hit, move around the ring and steal rounds.

RTV: Following the Kovalev fight more than one fan was discussing a possible matchup with Enzo Maccarinelli. What are your thoughts on such a fight?

NC: To be honest I haven’t thought about it because all of my attention has been on regaining my title from Kovalev. Rather than taking a step backwards I would like to be assertive and chase that rematch. Still, if it doesn’t materialize, then I have to fight and Enzo Maccarinelli is always an option. It would be two Welsh guys and it would generate a lot of interest.

RTV: When can we hope to see you back in action? What are the plans?

NC: I’ll possibly be back by the end of the year, or early 2014. Over the next few weeks I’ll be back in the gym and I would be ready to go by then for sure.

RTV: A close friend of yours and one of the most popular men in British boxing, Dean Powell, passed away earlier this week. What are your memories of Dean?

NC: It’s a tragic loss for the sport but also for Dean’s family, friends and colleagues. It’s devastating news for me because I worked with Dean and he has always been in my corner. I’ve built up a great bond with my team and Dean frequently called me to keep on top of things. He was always so helpful, full of invaluable knowledge and offered great advice. He was a great guy and it’s so tragic. God Bless to Dean Powell.