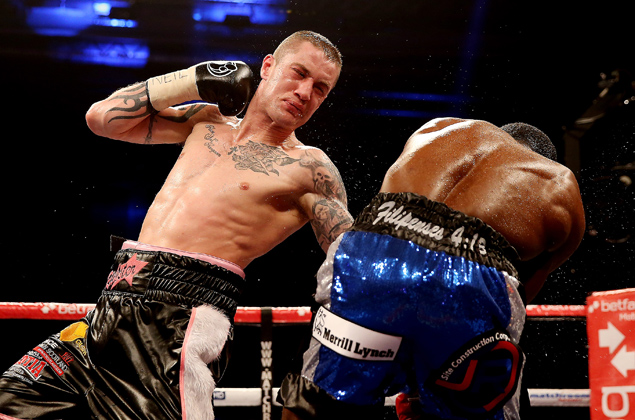 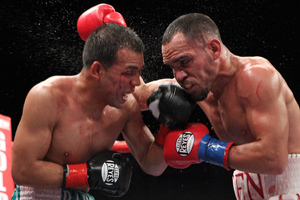 GLASGOW – During a respectful final press conference at the Marriott Hotel, both champion Ricky Burns and challenger Raymundo Beltran vowed to dazzle the crowd on Saturday night at the Scottish Exhibition and Conference Centre.

After a jovial and impromptu meeting between the participants in the lobby both men made their way to the media room.

“All the hard work has been done,” said Burns, the WBO lightweight titlist. “The final week is the worst for me but hopefully I can deliver the performance I’m capable of. I have a lot to prove after my last fight (with Jose Gonzalez).”

“Beltran is an excellent fighter,” stated the champion’s trainer, Billy Nelson. “But I believe we have the number one lightweight in the world and Raymundo will find that out on Saturday night.”

“The Scottish people have made me feel at home,” said Beltran. “We’ve had a great training camp and it’s been a long journey to get to this point. I’m grateful to Ricky Burns for giving me this shot and I can’t wait to make my dream come true.”

“This is a truly wonderful fight,” said Eddie Hearn of Matchroom Promotions. “Ticket sales have been on a sharp increase due to the quality of this match up. It is the most difficult fight Ricky could have taken outside of the rival champions.”

“Ricky fills arenas and, despite being humble, must realize that he is a truly great fighter.”