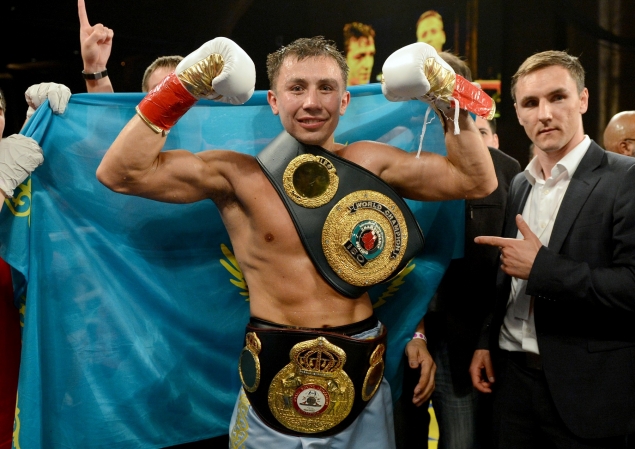 Although he would love to see his fighter, Gennady Golovkin, in the squared circle against RING champion Sergio Martinez, trainer Abel Sanchez said that he doesn’t believe that a Martinez-Golovkin fight will ever happen.

While it appears that Golovkin (27-0, 24 knockouts) will put his WBA belt on the line against Curtis “Showtime” Stevens on Nov. 2 at New York’s Madison Square Garden on HBO, the often-injured Martinez (51-2-2, 28 KOs) is not expected to make a decision on his return “until September,” according to the Argentine’s advisor, Sampson Lewkowicz.

When Martinez does name an opponent, Lewkowicz informed RingTV.com last month that it won’t likely be Golovkin.

“Let me put it this way: We will not discuss any future for Sergio Martinez until September,” said Lewkowicz, who considers September of 2014 to be “the perfect time” for a bout between Martinez and Golovkin. “There are several fights from which the winner could potentially emerge as the opponent for Sergio Martinez in March or April of next year.”

Martinez, 38, has had to rise from the canvas during each of his past two unanimous decision victories over Julio Cesar Chavez Jr. and Martin Murray in September and April, respectively, while also having suffered injuries as a result of those bouts.

“I think that they’ve made a comment about fighting Gennady Golovkin in about September of 2014,” said Sanchez. “That’s like saying that he doesn’t want to fight him. I think that I understand that.”

After the Chavez fight, during which he won the WBC’s belt, Martinez received eight stitches to repair a cut over his left eye, two staples in his head, and suffered from both a broken left hand and torn ligaments in his right knee, the latter of which required surgery to repair.

Martinez required a second surgery after having aggrivated the knee injury, later determined to be a torn right meniscus, during his triumph over Murray.

“I think that he’s getting to the point where his body is breaking down,” said Sanchez. “Unlike [Bernard] Hopkins and unlike Floyd [Mayweather], his body is starting to break down and he’s having a lot of injuries and he’s having too much time in between the fights to try to recover from the injuries.”

Sanchez sees Martinez perhaps taking on one of the other titleholders such as WBO counterpart Peter Quillin or the IBF’s Darren Barker, who dethroned Daniel Geale by split-decision on Aug. 17 for his third straight win since being knocked out in the 11th round by Martinez in October of 2011.

If not Quillin or Barker, Sanchez envisions Martinez purusing the winner of the Sept. 14 clash between Mayweather and RING junior middleweight champion Canelo Alvarez, or, perhaps three-division titlewinner Miguel Cotto, who has a 154-pound bout with Delvin Rodriguez on Oct. 5. 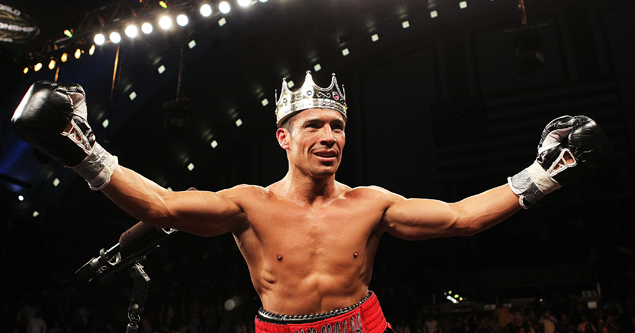 “I think that Martinez has done enough in this business, and we should give him that because he deserves that,” said Sanchez.

“I think that Martinez has got a couple of fights left, mentally and physically, and that those fights are probably going to be at 154 with Cotto or even Floyd or Canelo.”

Golovkin, meanwhile, is coming June’s third-round knockout of Matthew Macklin, who floored Martinez in the seventh before being dropped twice in the final round of an 11th-round stoppage loss in March of last year.

“At this point, I don’t think that Martinez will step into the ring with a Golovkin, and I don’t blame him,” said Sanchez. “I don’t blame him because I think that he’s done enough in this business that we should give him a chance to go out like that instead of against an animal like Golovkin.”