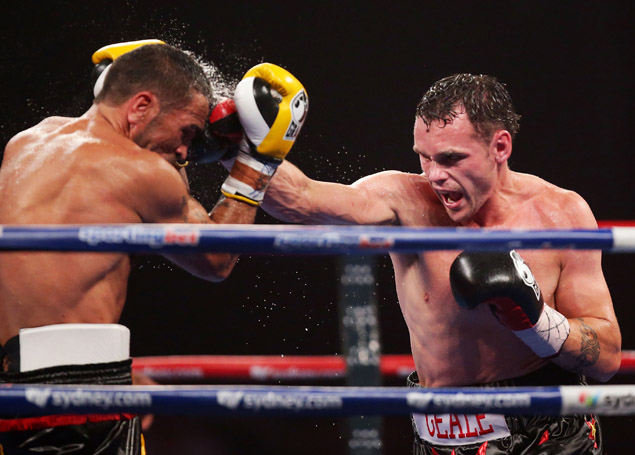 Daniel Geale settled old business in January when he avenged his lone defeat against bitter rival and fellow Australian Anthony Mundine. Geale dominated Mundine, and thus turned the page to the next chapter of his boxing career: Coming to America.

Geale, 32, has competed outside the comfort of his native country just twice, both fights in Germany (a title-winning effort versus Felix Sturm and a victory over Sebastian Sylvester). With Mundine out of the way, Geale set his sights on the U.S. and an HBO debut. He will realize that dream when he defends his IBF middleweight title against Darren Barker on Saturday’s edition of Boxing After Dark at Revel Resort in Atlantic City, N.J.

“It does excite me, it’s something that I’ve wanted to do for a while,” Geale told RingTV.com during his first-ever taxi ride in New York City. “… I believe it’s the next step in my career. Winning in Germany is a tough thing to do, but winning over here is also very tough. I’m taking it as a new challenge and a big challenge and I’m looking forward to it.”

Geale (29-1, 15 knockouts) admitted it was a “bit of a culture shock” being in New York for the first time, but he was able to take a few photos and check out the sights last weekend. He plans to stay a few extra days after the fight, but first he must turn back the title challenge of England’s Barker. Does Geale really buy into the old boxing axiom that you must fight in America in order to “make it?” 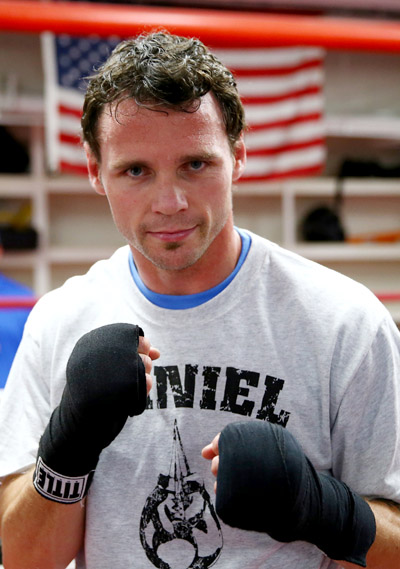 “Yes and no,” Geale said, after contemplating the question. “I believe you don’t really get 100 percent of that respect until you do (fight in America), but you can do it.

“There have been fighters that have fought in their own countries and been very successful. But once you come over and do it in the U.S., it definitely lifts your reputation. Beating fighters in your own backyard is one thing, but doing it out of your comfort zone is another big thing.”

“It’s a huge fight. It’s the fight that I’ve wanted; it’s against a very credible opponent as well. There were other options on the board where we probably could have taken an easier fight, an easier opponent, but I was very confident in fighting Darren. We believe it’s going to be the fight that people want to see. It’s an exciting fight, he’s got great skills and it’s going to do a lot for my career.”

Geale knows that Barker is the “taller and rangier” fighter. He expects Barker to counterpunch and use solid footwork to move around his shots. THE RING’s No. 2 middleweight says he can’t have an off day and he probably is right; Barker gave a good account of himself in his lone world title challenge, a 2011 HBO-televised bout against Sergio Martinez. He won a few rounds, boxing behind a high guard, and he busted Martinez’s nose, but Barker clearly was the inferior athlete and ultimately was knocked out in the 11th round.

“He does move around – dances and moves – but It’s just a matter of finding the gaps,” Geale said, “and I know my work rate is usually pretty high and if I don’t find him early, I will catch him as the fight progresses.”

The lone blemish on Geale’s record is a controversial decision loss to the aforementioned Mundine in May 2009. Settling that score erased any doubts in his mind that he had become a much-improved fighter in just four years.

“That was pretty satisfying, that one, especially with all the talk,” Geale said with a laugh. “I think Anthony went out of his way to try and upset me and throw me off my game and unsettle me as much as he could. When it came down to it I think he realized that that wasn’t gonna happen and once we got in the ring he finally realized that I’m a much better fighter now.”

“That (victory) sort of shows me where I’m at,” he continued. “… I was definitely a level above him and it just gives me more confidence knowing I still can get better and I know that I’m improved in certain areas since the last fight in January. It’s exciting to be able to jump in the ring again and try everything else out.”

Though the winner of Saturday’s bout is mandated to defend the title against Sturm, there’s been a lot of talk of Geale facing middleweight destroyer Gennady Golovkin. It’s a fight Geale would relish.

“I believe that fight will take place, I’m not sure when, but there has been a bit of talk about it and if everything goes right, I’ll be happy with that,” Geale said. “But first thing’s fight, I gotta take care of Darren Barker and we know that one will be tough.”

Mike Coppinger is a contributor to USA TODAY’s boxing coverage and a voting member of the Boxing Writers Association of America. Follow Mike Coppinger on Twitter: @MikeCoppinger