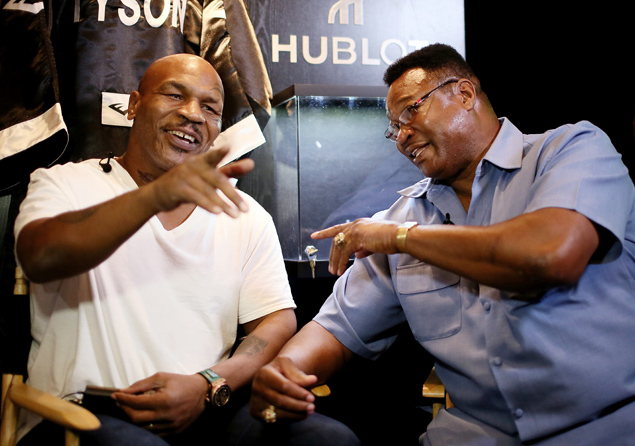 Mike Tyson and Larry Holmes, the two dominant heavyweight champs of the 1980s, are among the inaugural class of the Nevada Boxing Hall of Fame. Tyson, a Nevada resident, and Holmes were part of many major fights in Las Vegas.
10
Aug
by Mark E. Ortega

With states having their own boxing halls of fame, it seemed odd that Nevada – where so many high-profile prize fights have taken place over the decades – was without one of its own.

Boxing commentator Rich Marotta set out to fix that, announcing the formation of the Nevada Boxing Hall of Fame late last year. The Reno, Nev., resident, along with a board of directors and a lot of work from his son Joey, will see the fruits of their labor reach its satisfying completion, with Saturday marking the induction of the inaugural class.

The gala at the Monte Carlo Resort & Casino in Las Vegas sold out a week ago and promises to be a memorable night for a state that has produced so many historic moments in the sport.

Some of the biggest names in boxing are among the Hall’s first class.

In the category of Nevada-resident boxers, Mike Tyson, Mike McCallum, and the late Diego Corrales make up the first group of fighters. Corrales’ wife Michelle will accept on his behalf. 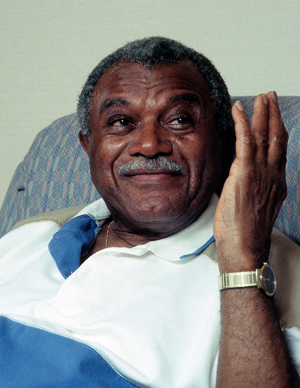 The non-Nevada resident category is for fighters who have a rich history of fighting in the state. This is where Oscar De La Hoya, Julio Cesar Chavez, Larry Holmes, and Sugar Ray Leonard will be inducted.

Eddie Futch and Freddie Roach are the two trainers getting inducted. The late Futch’s wife Eva will accept on his behalf.

Referees Mills Lane and Joe Cortez will go in together. The two refereed some of the biggest fights in boxing over the past three decades.

Al Bernstein and Royce Feour will go in as part of the media category. Bernstein hit a triple crown, as he is a member if the International Boxing Hall of Fame and was recently selected as part of the Connecticut Hall.

Longtime rivals Bob Arum and Don King will go in the promoter category. Marc Ratner and James Nave will be inducted into the category for executives, and Sig Rogich and Kirk Kerkorian will enter as special contributors.

The induction kicks off at 4:00 p.m. and couldn’t have been accomplished without the tireless effort of the Marottas and his board of directors. With Las Vegas being known as where big fights take place in the Western Hemisphere, it was only right that somebody stepped up to provide the state of Nevada with its own boxing shrine.