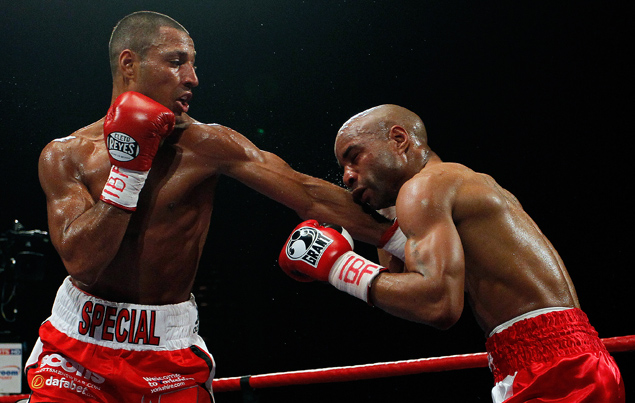 Three times the ill-fated boxer puncher from Sheffield has been locked in for a championship bout against IBF titleholder, Devon Alexander, only for injury to both participants (twice for Brook) to cause its postponement.

“This has been the worst period of my boxing career,” Brook told RingTV.com. “I’ve always wanted to win a world title so this has been an absolute nightmare.  I’ve been in bits with everything that’s happened.”

Brook, THE RING’s No. 3-rated welterweight, should have finally faced off against Alexander on May 18 but suffered a stress fracture to his right foot which led to Brook’s Matchroom stable mate, Lee Purdy, stepping in as a late replacement.

The game brawler from Essex was pulled out of the fight after seven one-sided sessions.

“To be honest when Purdy got the shot I didn’t think he could cut it against Devon,” said Brook with a hint of reluctance.  “That is nothing against Lee but he had no more than a puncher’s chance to be honest.

“To this day I still haven’t watched that fight because I couldn’t put myself through it.  I was so down because I was performing brilliantly in training, prior to the injury, and I was going to win that world title.

“I will get around to watching the Purdy fight eventually but I’m not ready for it yet.” 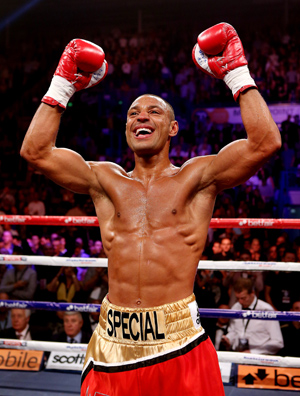 Brook (29-0, 19 knockouts) may not be back to full mental strength but he is back in full physical training for his first assignment of 2013 which will be a 150-pound catchweight rematch against Oklahoma’s Carson Jones.

The young American veteran gave Brook hell over 12 rounds last summer in Sheffield and part two takes place on Saturday at Craven Park Stadium in Hull – almost a year later to the day.

“I’ve learned from my mistakes and I’m excited about this rematch,” said the Sheffield technician.  “I’m just going in there to have fun and the fans will see a different Kell Brook this time around.  I’ve come through a very tough time but I’m focused and I’m coming back with a bang.

“I’m training hard, this injury is behind me and Jones is in my sights.”

The 27-year-old Brook is well aware of the threat Jones’ poses, having shared twelve ferocious rounds with the under rated contender, but it’s almost impossible for him to avoid looking ahead.

“I’m still mandatory challenger for the IBF title but I’ll have to wait until early next year for the fight to be enforced. I will be active during that time because I want to be on form when I fight for the championship.

“I won’t wait on the sidelines after the Jones fight.  I want to be in the big arenas against big names and give the fans what they want to see.  It’s important for me to be in people’s faces.”

Both Amir Khan and Brook have given every indication that they would like to get in each other’s faces but thus far have only traded words. That diatribe has become more heated with Golden Boy Promotions revealing that Khan could be in line to face Devon Alexander in December.

“There’s a lot of politics in boxing,” said Brook. “Khan has never fought at full welterweight but in he comes along to get the title shot I’ve been waiting for.

“Alexander versus Khan is a good fight but the winner belongs to me.  If Khan wins then I’ll be his mandatory and hopefully he doesn’t vacate. People have been talking about this fight for a long time.”

Recently Khan suggested that Brook had no intention of going through with the Alexander fight and the injury which caused the latest postponement was contrived.

“It’s all talk,” laughed Brook. “Khan is going to come out with things like that. I’ve said for years that I can’t wait to get my hands on him and hopefully he’ll step up so we can get it on. If it happens then, believe me, he’ll be getting knocked out like he always does.”

If Alexander is tied up in the near future then Brook is not against pursuing other options and there have also been whispers of a potential move up to 154 pounds.

“The IBF title isn’t the only route,” said Brook. “You know how boxing is and if something else comes up then I’ll speak to my team and review the options.”

Still, regardless of what lies ahead one got the impression that welterweight is still the preferred option for the popular Brit and there are several intriguing fights available.

“Welterweight is very exciting,” said Brook. “Matthysse and Maidana recently had great wins, Ortiz is back in the mix and then you have Khan coming up.  There are a lot of great fights out there and the division is wide open.”

“Mayweather stands alone at the minute but over time, that’ll change.  I’m in there with all the top welterweights and I’m ranked high with the main governing bodies.  I can’t wait to be in these big fights.”

Before Brook makes the move to fulfill his undoubted potential he must first deal with Jones who will return to the UK fully motivated to take “The Special One” to hell and back for a second time.

“I’m excited about this fight and I’m looking forward to it. I don’t want to get too hung up on the future because right now Jones has my full attention.”

Tom Gray is a member of the British Boxing Writers’ Association and contributes to various publications.  Follow him on Twitter: @Tom_Gray_Boxing