Harrison fights to bring boxing back to Detroit 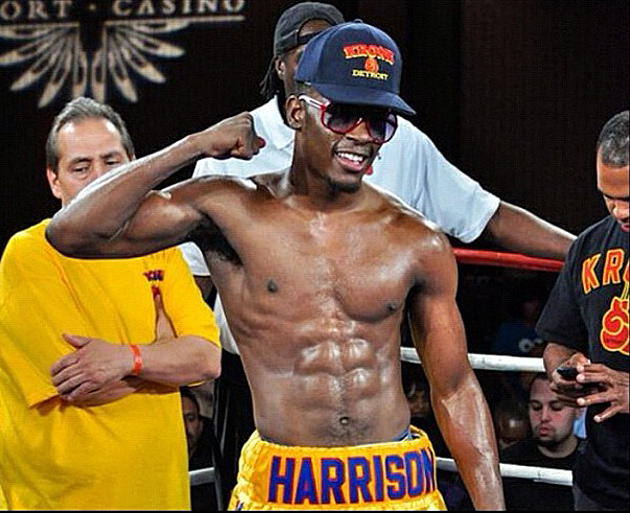 As a man who had accomplished everything a non-fighter could in the sport of boxing, Emanuel Steward seemingly had two major goals remaining late in his life.

Bring big-time boxing back to Detroit and make Tony Harrison a world champion.

The two weren’t mutually exclusive, either. In fact, they went hand in hand – with the success of the new tall, power-punching Detroit product he compared to Thomas Hearns was to come another rise in popularity for the sport in the Motor City.

To kick the plan in high gear, an event was scheduled at Joe Louis Arena on Aug. 25 of last year with Harrison in the main event. Steward was not present at a pre-fight press conference, and two days later it was mysteriously canceled without concrete reasoning. We now know it likely had to do with Steward’s rapidly deteriorating health.

“I called him and asked him if he was alright, because I hadn’t heard from him in a while and seen him in a while. He said yeah, he was alright but he hadn’t eaten anything, so he told me to go to Motor City Soul Food and get some neck bones, some black eyed peas and some string beans,” recalls Harrison, who went to the restaurant with his mentor every Sunday they were both in town. “He said thank you, you’re one of the only ones who has just called to see how I was doing, not asking for anything.”

It was the last time he’d speak to his trainer, manager and colleague in Detroit’s boxing revival. Now, the 22-year-old junior middleweight prospect bears all of that responsibility on his own. 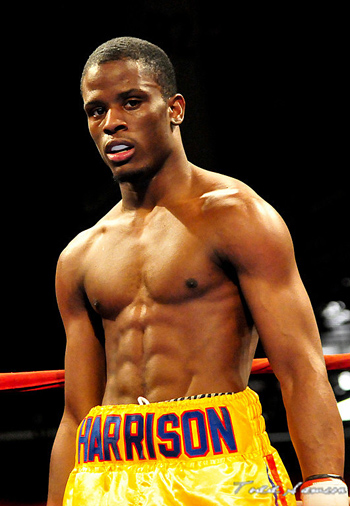 Harrison fights on the undercard of the HBO-televised duel between Orlando Salido and Mikey Garcia onSaturday. Without a manager or a promoter though, getting a fight in Madison Square Garden wasn’t as simple as it is for his contemporaries with their name on a dotted line. Harrison, rather, operates on a variety of handshake deals with a number of connections made through his Kronk affiliation.

If someone wanted to fight him, they could call a variety of people – Javon “Sugar” Hill, his father, K2 Promotions – and they would forward the request, but by no means have authority over his career. In this instance for example, Harrison found his way onto the card through K2, after serving as a sparring partner for WBA middleweight titleholder Gennady Golovkin.

The situation isn’t ideal, by any means. As of press time, Harrison (11-0, 8 knockouts) didn’t have the slightest clue as to who his opponent would be. But his bout is expected to be a part of Top Rank’s free undercard webcast, and affords him the opportunity to perform in front of the promotional giant’s brass.

Though he adamantly wants to find powerful representation, his main goals are decidedly closer to home.

“Once I get big enough to put boxing back in Detroit, that’s my priority. That’s the other thing about signing with a manager or a promoter. I understand that nobody, nobody will be able to fill Emanuel’s shoes. I’m not looking for a friend no more. This is now the real business part of my life,” Harrison told RingTV.com. “Bringing boxing back to Detroit is No. 1 on my priority list because that’s the thing we always talked about. Every fight I can take in Detroit, I want to take it. I feel like if I have done that then Emanuel’s looking down on me like, ‘You did what the plan was, son.'”

He’s certainly not without support on that front. Heavyweight contender Johnathon Banks was tapped as the heir to the Kronk throne, and is a close friend and guide to Harrison in particular. Although he’s training for a rematch with Seth Mitchell, he will fly in to New York just to be ringside for Tony’s bout.

“JB is a guy who considers everyone. He’s such a great guy. Anything I can do for him, I’ll do it,” said Harrison.

‘Anything’ has included sparring with his 60-pounds-heavier pal to prepare him for the first bout with Mitchell.

“JB, along with Sugar Hill, are doing everything in their power to keep boxing alive in Detroit. They’re doing an awesome job,” he added.

In just over a month, big time boxing will return to The D as Devon Alexander and Kell Brook headline a card at the Masonic Temple. On the televised portion of the event will be two other Detroit-born fighters, Cornelius Bundrage and J’Leon Love.

Speaking like a true promoter, Harrison has some strong feelings toward how the show is structured.

As Banks’ cache continues to grow, and Harrison garners notoriety from the boxing public, a Detroit-loaded card like the ones Steward held in the 1980s becomes more plausible. There’s no shortage of local talent, and the major signed fightersÔÇöBanks, Bundrage, Love, Domonique Dolton, Isaiah ThomasÔÇöare at least with outfits that can work together, in Golden Boy and Acquinity Sports.

Trying to make that happen is yet another burden he selflessly shoulders. How he’ll do itÔÇömuch like his opponent this weekendÔÇöis a mystery he’s unafraid to solve.

“If I get a chance to put on a show, you will see a great card. It takes help. All of us need to come together,” said Harrison.