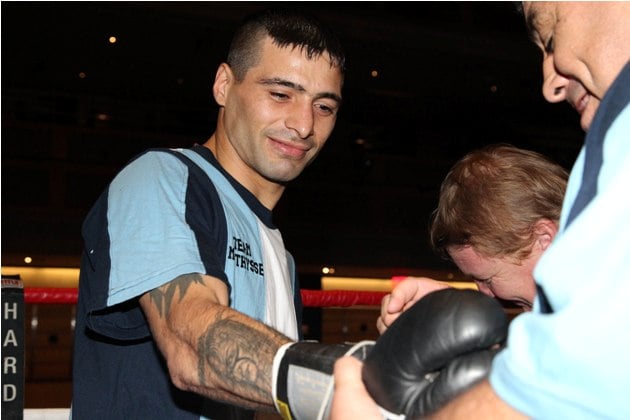 A former two-division titleholder who blazed the trail for sub-featherweight African American fighters before retiring in February of 2006, Johnson was a slick-boxing puncher with a solid chin, dazzling footwork and the ability to deliver blows from any angle whether coming forward or moving in reverse.

“I’m going to hit the ground running. I’m very confident that I’m going to be very, very smooth. I’ll be smoother than I was in the ring,” said Johnson, 41, who retired with a mark of 44-5, including 28 knockouts, and was the first African American to win belts in both the flyweight and junior bantamweight divisions.

“I’ve watched guys, for a long time, like Antonio Tarver, Roy Jones, and I’ve watched everybody who has done this. There are some really great examples out there. I’m confident that I’m going to hit the ground running. I’ll be sharper than ‘Too Sharp’ behind the microphone.”

Ranallo will host the show and call the blow-by-blow action alongside Johnson and Al Bernstein, the latter of whom was inducted into the International Boxing Hall of Fame with Johnson for the class of 2012.

“I am very excited about joining the Showtime Championship Boxing team. Having covered combat sports for over two decades, I look forward to calling some of the best boxing action on the planet,” said Ranallo, who has spent more than five years as lead play-by-play announcer for Strikeforce mixed martial arts on Showtime.

“My first main event could redefine the Big Bang theory with one of the sport’s biggest punchers, Lucas Matthysse, looking to showcase his preternatural punching power. However, it won’t be easy against a slick technician such as the undefeated Olusegun Ajose.”

Johnson endured as a fighter while being largely avoided by top 108- to 115-pound fighters of the day, such as Johnny Tapia, Danny Romero, Michael Carbajal and Ricardo Lopez.

Ranked as high as No. 3 in the sport’s pound-for-pound ratings, Johnson dethroned IBF titleholder Francisco Tejedor by first-round knockout in May of 1996 to become boxing’s first black 112-pound titleholder.

Johnson defended that crown seven times until April 1999, when he rose to win the IBF’s 115-pound crown with a unanimous decision over Ratanachai Sor Vorapin in the first-ever fight at Washington, D.C.’s MCI Center, which is now the Verizon Center.

Another great milestone for Johnson was his win over former three-division titleholder Fernando Montiel, of Mexico, who was 27-0-1, with 21 knockouts, before Johnson won a majority decision for the WBO junior bantamweight crown in August of 2003.

Defeating Montiel helped Johnson to rebound from consecutive losses to a young Rafael Marquez by split-decision and eighth-round knockout in October of 2001 and February of 2002, respectively.

Johnson works as a specialist training at-risk youth, one of the many ways that he continues to give back to the sport of boxing.

At the age of 40, Johnson became the the youngest boxer in history to be inducted into the International Boxing Hall of Fame as well as its first inductee who was born and raised in Washington, D.C.

“It is a great honor and privilege to join a network like Showtime, which has produced some of the greatest shows and memories in boxing history. I’m as excited to be a part of the world-class Showtime Championship Boxing team as I was when they first told me I would be finally getting my first world title shot after waiting three years for it,” said Johnson.

“This is a dream come true for me. I’ve been studying and I’m ready to go. I look forward to bringing a unique insight to the Showtime audience. There are not too many places that you will be able to see and hear two Boxing Hall of Famers at once, so to be granted this opportunity and to work alongside Al Bernstein, whom I entered the Boxing Hall of Fame with this year, makes it that much sweeter.”

Prior to a sixth-round knockout of Angel Martinez in February, Matthysse fought three southpaws in a row, sandwiching split-decision losses to ex-titleholders Zab Judah and Devon Alexander in November of 2010 and June of 2011 around an eighth-round knockout of DeMarcus Corley in January of 2011. 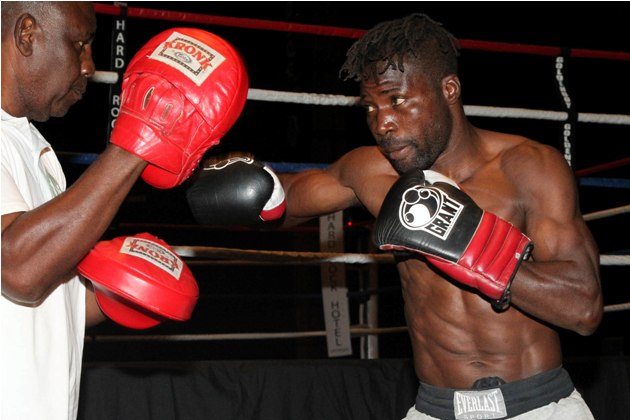 “The fight between Olusegun Ajose and Lucas Matthysse is going to be very exciting. Although Matthysse feels like he didn’t close the gaps and could have possibly won those fights against Devon Alexander and Zab Judah, he came back with a great knockout against Humberto Soto this past June where he was able to use his strength and outwork him,” said Johnson.

“Ajose is a guy who has 30 wins with 14 knockouts and no losses and is a surely a power puncher. However, we will see how well he adjusts outside of his comfort zone, the United Kingdom, when he comes to the bright lights of Nevada against the experienced Matthysse. This will be the first time both of these guys get to be front and center as the main event on a platform like Showtime Championship Boxing.”

Although the same can be said of Johnson as far as calling fights, the champion says he’s nevertheless confident that he will rise to the challenge as a network analyst.

“I’m looking to add more to the network as far as the nuts and bolts for people who are watching the fight,” said Johnson. “I am really honored to have this opportunity to move forward, and I guarantee you that I won’t mess up.”