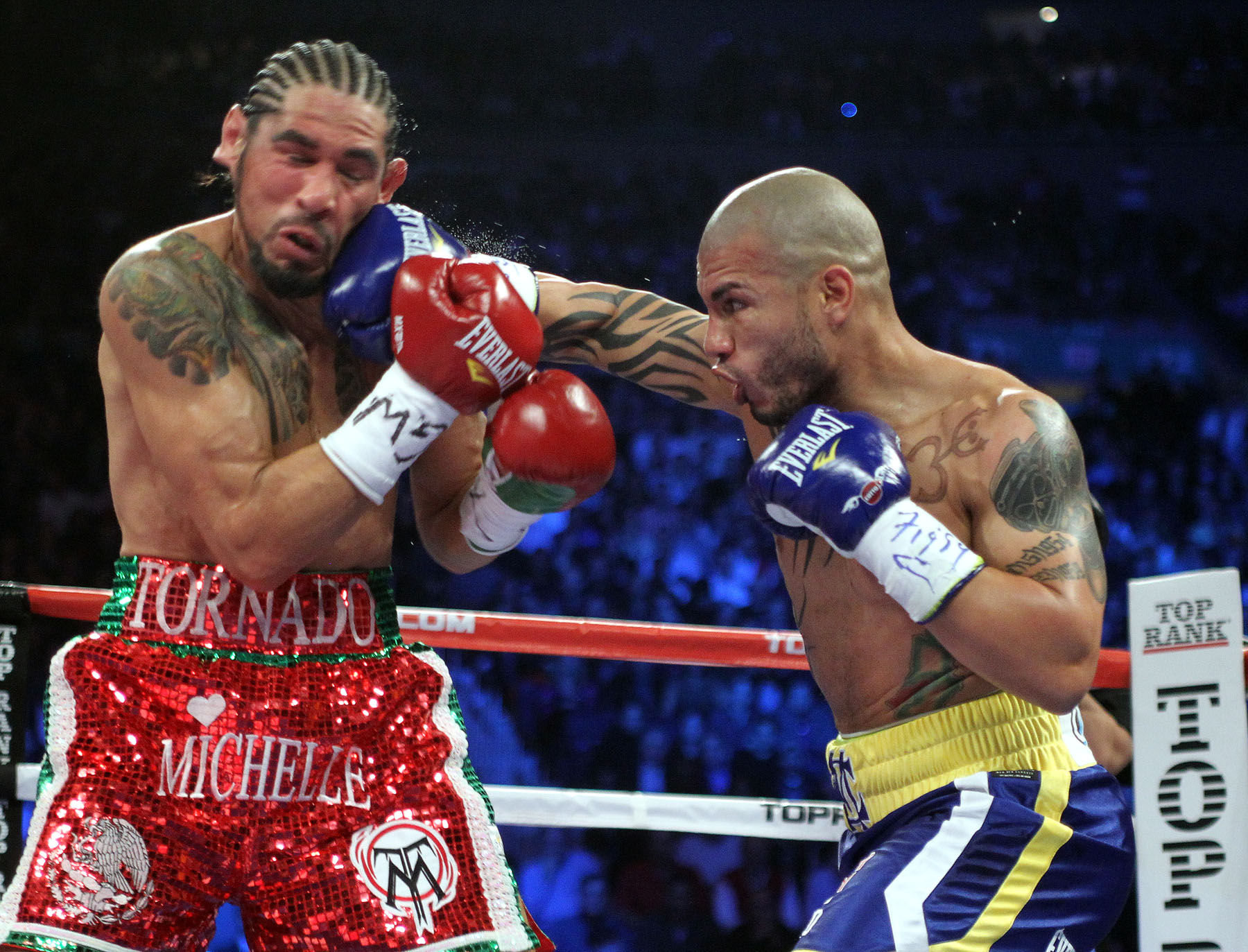 Neither Cotto nor his advisor, Gaby Penagaricano, could be reached for an immediate comment.

“I officially announce that my fight on Dec. 1st at MSG will be with the undefeated WBA (junior middleweight titlist) Austin Trout,” Cotto wrote on his Twitter account.

No network has yet been determined for Cotto-Trout.

By choosing Trout, Cotto took himself out of consideration for a return bout with Pacquiao, who stopped him in the 12th-round in November of 2010. Pacquiao (54-4-2, 38 KOs) had been mulling return bouts with either Cotto, WBO welterweight titleholder Tim Bradley or four-division titlewinner Juan Manuel Marquez.

“Miguel is going to be fighting Austin Trout. Miguel announced it earlier this afternoon. The fight is done for Madison Square Garden on Dec. 1,” said Schaefer, who promoted Mayweather-Cotto

“We are very happy that Golden Boy Promotions will be working with Miguel Cotto Promotions to put together a spectacular event and night from Madison Square Garden. We met with Miguel, and with his team and everybody, and they’re very excited about working together again.”

Between losing to Pacquiao and Mayweather, Cotto scored three straight stoppage victories, including a 10th-round knockout of Antonio Margarito last December to avenge the first loss of his career.

The Margarito fight was Cotto’s last at Madison Square Garden.

“We worked with him on the Mayweather fight, and he had a wonderful experience. He loves the way that Golden Boy works. We do shows with Miguel Cotto’s promotional company in Puerto Rico, so he knows that we’re very professional. So it’s going to be a pleasure, once again, to be working with Miguel Cotto at the Garden on Dec. 1,” said Oscar De La Hoya, president of Golden Boy Promotions.

“After he lost to Mayweather, he could have easily said to himself, ‘I’ll take a tune-up,’ or ‘I’ll take an easy opponent.’ But no, he wants to go after a world title again. Now, he’s taking on an undefeated fighter in Austin Trout. But Miguel Cotto, he’s Puerto Rico’s pride, once again, and he’s going for the world title.” 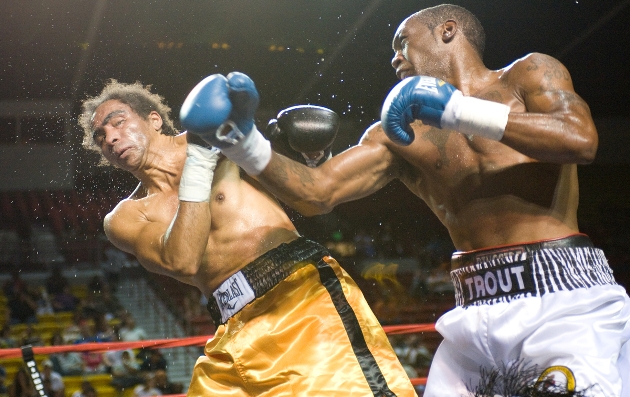 A southpaw who lives in Las Cruces, New Mexico, Trout is coming off a unanimous decision over Delvin Rodriguez in June that followed a Showtime-televised sixth-round stoppage of Frank LoPorto last November.

Trout has served as a sparring partner for THE RING middleweight champ Sergio Martinez during his preparation for left-handed fighters such as ex-title-holders Sergei Dzinziruk and Paul Williams.

Martinez stopped Williams in the second-round of their clash of southpaws in November of 2010, and dropped the previously unbeaten Dzinziruk five time on the way to an eighth-round knockout in March of last year. Trout was also a sparring partner for Matthew Macklin, who gave Martinez trouble prior to being stopped in the 11th-round in March.

“It’s a tough fight for Miguel. I personally take my hat off to Miguel Cotto because this is a very, very dangerous fight. But this is who Miguel Cotto is. This is what makes him great,” said De La Hoya.

“This is what’s going to take him to the Hall of Fame when his career is said and done. That’s why Puerto Rico is so proud of him, and that’s why he’s Puerto Rico’s son. He takes these types of risks and challenges.”

Neither Trout or his promoter, Greg Cohen, could be reached for an immediate comment.

But during an interview with RingTV.com before he fought Rodriguez, Trout expressed the desire to prove himself worthy against an opponent such as Cotto.

“That’s what is going to get my name and my face in the public’s mouth and in their heart. All that I really have to continue doing is to keep winning. If I can keep on winning in good, solid fashion, then my time will come. That’s when the public will start getting behind me. They’ll start saying, ‘Let’s see what Trout can do with Cotto,’ or, maybe even, ‘Let’s see what Trout can do with Mayweather.’

“Beating all of those other guys, they’ll want to see Trout in there with bigger names. So, that’s what I have to do. I just have to just keep on winning and working hard, and then, eventually, the public will begin to get behind me.”