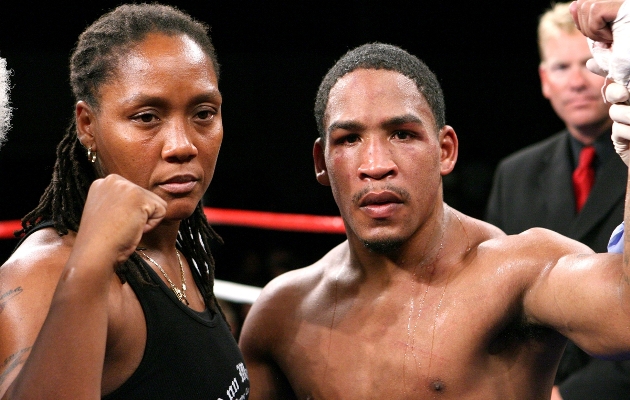 An attorney representing junior middleweight contender James Kirkland filed a counter-claim against the fighter’s managers (Cameron Dunkin and Mike Miller) and trainers (Ann Wolfe and Donald “Pops” Billingsley) with the Texas state court in San Antonio on Monday which seeks “to establish that their contract is void or voidable” with Kirkland.

“We’re bringing claims for breach of contract and damages. Our major assertion is that James Kirkland’s contract is void before you even look into the performance of either party,” said Kirkland’s lawyer, Sekou Gary.

Miller contends, however, that his contract with Kirkland is binding for himself, Dunkin, Wolfe and Billingsley “anywhere.”

“I think that he’s confused. My contract is a Texas contract, and there’s no limit on how long a Texas contract can be. The kid’s fought in Mexico, so what am I supposed to do, go and get a Mexican contract also?” said Miller.

In court documents obtained by RingTV.com, Gary characterized the management agreement as “a hodge-podge of terms, many not complying with laws under which and for which it was written.”

Gary’s filing, executed by Texas-based counsel, Charles Peckham, states further that the agreement “is full of typos and grammatical disagreements” and “appears to be a cut-and-paste job of the lowest quality and of little legal effect, if any.”

Gary contends, among other things, that Kirkland’s contract with his handlers is too lengthy and in violation of the rules governing the Nevada commission.

“As we speak, they’re asserting that their rights as managers are in place until 2018. That was an agreement that was never filed with the Nevada commission before any of James’ bouts in Las Vegas. They’ve got some serious problems with the construction of their agreement and there are many things that they were required to do that they didn’t do.”

Gary had filed a suit on behalf of the 28-year-old boxer on Aug. 16 in Los Angeles seeking a separation from Kirkland’s handlers as well as his promoter, Golden Boy Promotions.

That suit, which was filed by Gary’s California-based counsel, Waukeen McCoy, “seeks damages and injunctive relief that would allow him to fight during litigation,” as well as “declaratory relief saying that his contract is invalid,” according to Gary.

But Miller had anticipated Gary’s Los Angeles-based move, and launched a preemptive strike of his own. That involved attorney Phil Watkins of the Law Offices of Phil Watkins in San Antonio, Texas, filing suit on his behalf against Kirkland “about three weeks” prior to Aug. 16, according to Miller.

Miller had informed RingTV.com during an earlier interview that “My contract…states that in the event that Kirkland or any of us four is in breach of our contract, the other side has to give us 30 days notice within to cure that breach, and that’s something which they never did.”

“First of all, my contract calls for any lawsuit regarding this management contract to be filed in San Antonio. So, I went and filed it in San Antonio. It’s just a declaratory judgement,” said Miller. “It’s just a lawsuit where we’re getting the court to rule that our contract is valid. It’s for all four us — Cameron, Ann, Pops and myself.”

But Gary’s latest maneuver is a counter-strike to Miller’s.

“We answered that today. For the most part, it’s trying to dispute the claims brought against us and to establish that the contract is void or voidable. All of their claims will be dismissed. We’ve got defenses to all of them. None of the claims that they’re making are valid,” said Gary.

“They’re saying something about he didn’t give them 30 days notice before firing them, but they had already breached the contract before James had even terminated them. We’re also filing claims for damages as a result of the breach of contract and as a result of a breach of their fiduciary duties. All of that will come out in discovery, if the case even goes that far.”

In early June, Kirkland refused to sign an all-but completed deal to fight WBC junior middleweight titleholder Saul “Canelo” Alvarez, (40-0-1, 29 KOs), citing his belief that he still had not fully recovered from shoulder surgery in March to repair two tears in his jab-arm that were suffered during his 10th-round disqualification victory over Carlos Molina that also had occurred in March.

Kirkland had been among a series of left-handed opponents who had been considered for Alvarez, including former three-time titleholder Paul Williams and Victor Ortiz. Alvarez was initially slated to face Williams before Williams suffered a career-ending motorcycle accident on May that is believed to have left him paralyzed from the waist down.

Next in line was Kirkland, and then, Ortiz. But Ortiz’s opportunity was lost in June following a ninth-round knockout loss to Josesito Lopez, who was ultimately chosen to face Alvarez on Sept. 15 at The MGM Grand in Las Vegas.

Before Lopez was selected, Kirkland said he would face Alvarez with an injured arm if the price was right, saying, “if I’m going to fight with one arm, then pay me.”

Golden Boy Promotions CEO Richard Schaefer would not be speak on the situation.

“As it is company policy we never comment on active litigation,” wrote Schaefer, in an e-mail to RingTV.com. “Our attorneys will be dealing with it.”

But Schaefer told RingTV.com in an earlier interview that he also planned to contest Kirkland’s move, having recognized Gary as the lawyer who gained free-agency status for former featherweight titleholder Yuriorkis Gamboa after the unbeaten, former Cuban Olympic gold medalist reached an out-of-court settlement with Top Rank that allowed him to do so.

Top Rank had filed a lawsuit with the U.S. District Court in Las Vegas for breach of contract against Gamboa, claiming that he cost the company $1 million when he pulled out of a scheduled lightweight bout in April with Brandon Rios, who instead won a controversial split-decision over replacement Richard Abril.

“The only thing that I can say is that James Kirkland is under a valid contract with Golden Boy,” said Schaefer. “We’ll have to protect our interests just like Top Rank did [with Gamboa]. We’ll have to see what it is and potentially file a counter-suit against whoever is behind it.”

Gamboa has since signed with TMT Promotions, the newly-formed promotional firm of recording artist 50 Cent and fighter Floyd Mayweather Jr.

Kirkland has had a troubled career, having served two separate jail terms, once spending over a year in prison for robbery after he built a professional record of 11-0, fighting under a contract he signed with Duva Boxing when he was 17. But the Duvas dropped Kirkland when he was found guilty of robbing a man coming out of a convenience store in 2003.

Kirkland was released from Bastrop Federal Prison in Bastrop, Texas, in September of 2010 after pleading guilty to a charge of gun possession in April of 2009.

That set up a redemptive clash with hard-hitting contender Alfredo Angulo, against whom he rose from a first-round knockdown to score a dramatic sixth-round knockout last November.