Legendary promoter Don King, who coined the phrase, “Only in America,” turns 81 on Monday, Aug. 20.

A man who once served four years for shooting a thief in the back, killing him, King has had ties with such fighters as Muhammad Ali, Larry Holmes, George Foreman, Julio Cesar Chavez, Mike Tyson, Felix Trinidad, Hasim Rahman, Tim Witherspoon, Lennox Lewis, Chris Byrd and Terry Norris, although some of the relationships resulted in acrimonious lawsuits later in their careers.

The man who could be considered King’s nemesis as well his greatest foil, Top Rank Inc. CEO Bob Arum, will also turn 81 in December.

On Sunday, King could not be reached for an immediate comment. Still, RingTV.com has culled some of King’s musings concerning a few of the major subjects and events of his career, among the most notable of which is the legendary “Rumble In The Jungle” of Oct. 30, 1974, featuring Ali’s dramatic eighth-round knockout of Foreman.

Concerning some local guests who attended Ali-Foreman, which took place in Kinshasa, Zaire, King once said this:

“I brought the Pygmies out in 1974. Until then, it was like, people had heard about the Pygmies, but they didn’t know what the Pygmies were. I visited all of the places and the natural rain forests and natural water falls. I came across a Pygmy village,” said King.

“I bore witness to a Pygmy wedding. So I asked [then-Zaire President, Mobutu Sese Seko] to make them a part of the celebration. And that’s what he did. If you go look at the video, you will see the Pygmies out there dancing.”

King has, on occasion, attempted to secure a promotional deal with Floyd Mayweather Jr., claiming an ability to speak Mayweather’s language.

“I happen to speak ghetto-ese, because I’m one of them. Because you know what? We understand,” said King. “Many people can’t speak hieroglyphics, because that’s what ghetto-ese is to them. They can’t speak it. If you can’t communicate, relate and identify, how are you going to make a deal?” 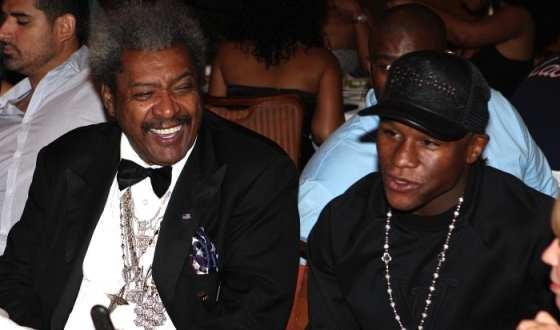 At one point, nearly three years ago, King thought he had nabbed Mayweather prior to the fighter’s ending a two-year hiatus from the sport with his unanimous decision over Juan Manuel Marquez in September of 2009.

“The last time that he was here I had $45 million on the table for him. That was the last time when he came to see me at my house. I made arrangements with him and his aide, Tommy Smalls. They brought him to me, and he stayed at my house. And he said, ‘Help me out, man.’ So I went to work. He wanted $15 million, and then I found a way to supplement him with another $30 million. So we had made a deal, man,” said King.

“We had a handshake deal and I had already told Bob Arum that before their guys had nixed it, that we would be getting the sh** on [with Manny Pacquiao]. This was before he fought Juan Manuel Marquez. He would have signed with me and I would have had him. He could have fought anybody he wanted to fight because Floyd Mayweather is the best in the world, man. So Manny Pacquiao would certainly be a part of the pie and would definitely be in there.”

“The last day, after the deal was done, he stayed with something that they [his previous promoters] had him going on. And Floyd lost the opportunity of a lifetime,” said King.

“But I just smiled, because you know what. If Floyd wants me, then he’s got me. And if he don’t want me, then I still love him because it’s more than about me and him and some prize fight.” 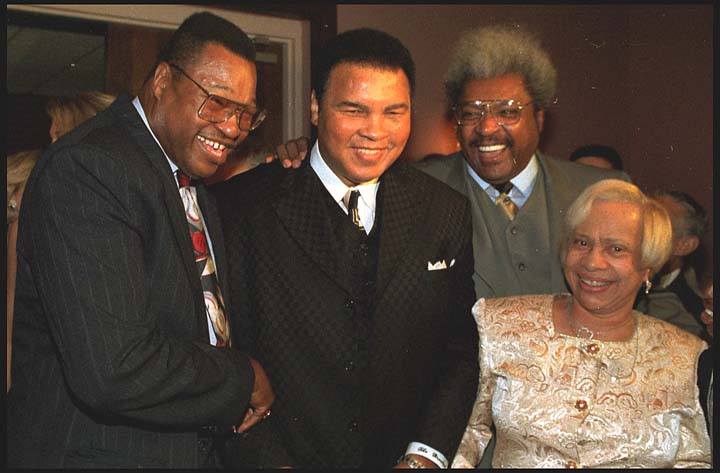 King said “I’ve lost my best friend” when his wife, Henrietta, died at the age of 87 in Dec. of 2010, having cited her as “a confidant that I can talk to,” and, “a woman for all seasons and all reasons.”

King expressed his thoughts on what it means to be a promoter, while at the same time remaining unrepentend concerning his controversial reputation:

“From the time that I began in this business, I’ve been doing the same thing as when I was running the numbers business — giving away turkeys on Thanksgiving, things like that. It didn’t just start with the prize fighting business, it started with the street fighting business. You’ve got to go and meet and greet. This is what it means to be a promoter of the people,” said King.

“I’ve never been embarrassed by anything anyone says or a question that anyone has asked. A few years ago, I told a guy named Larry Merchant who was writing a column, that if you catch me wrong, cut my berries off. But if you catch me right, then give me my just due. It’s funny that they could never do that, but that’s just the way that it is. One day, the truth will come out.”