10: Top Olympic fighters of all time 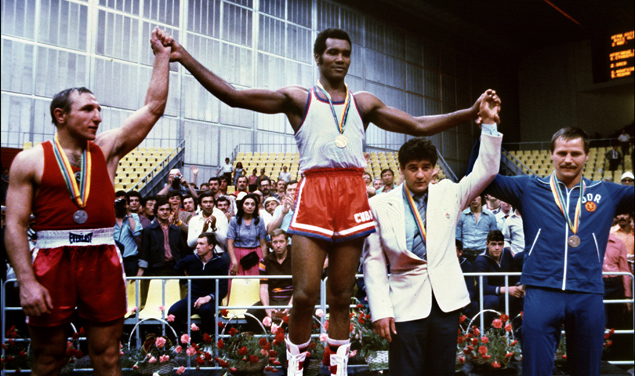 The 30th incarnation of the modern Olympic Games began in earnest this past weekend in London with the boxing competition taking place at ExCel, the multisport venue whose name stands for “Exhibition Center London.”

Each of the 286 men and women taking part in the boxing tournament are striving to create history of some sort. Some, like China’s Zou Shiming, the Ukraine’s Vasyl Lomachenko and Italy’s Roberto Cammarelle hope to successfully defend their Olympic titles. Others are either seeking their first gold, their first medal or, in some cases, their nation’s first medal. For the women, it is their first chance to compete in the games. Finally, countless fighters of both genders just want to experience what it’s like to compete on the biggest stage of their lives.

A part of the Olympics’ massive appeal lies in its deep and rich history, which, for the modern era, began in 1896. Boxing has been an Olympic sport since 1904 and in the intervening 108 years thousands of fighters from hundreds of nations have sought to make an everlasting mark. Only a few hundred have achieved gold and only a handful have secured genuine immortality. Ten such athletes will be profiled here.

Before launching into this top 10, here is an explanation of the criterion used to make up this list. This is not a rundown of the greatest pro fighters who also won Olympic acclaim. That list will come next week.

Instead, this is a rundown isolated to performances within the Olympic sphere. Every fighter mentioned here won gold in multiple games and only two subsequently turned pro – and did so very successfully. To find out who they are – and to learn about the exploits of his compatriots – read on.