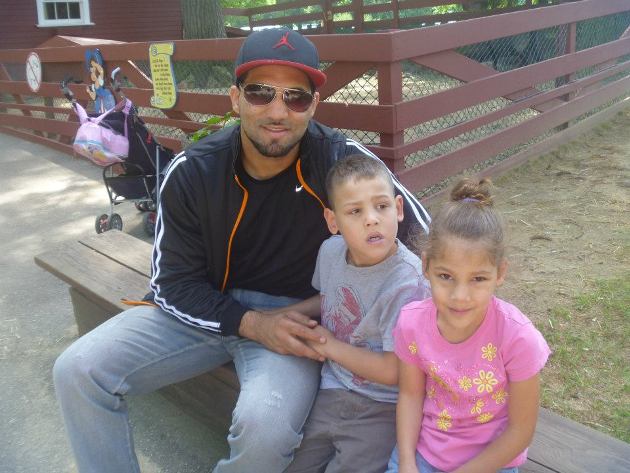 “My grandchildren’s birth was a new parent’s worst nightmare: babies in severe medical crisis, one that could end their lives before they could leave the hospital or even be held by their mother,” writes Herrick. “This is the story of how my family faced this nightmare, how Holy Cross played a role in saving two tiny lives, and how the experience changed us forever.”

The brother and sister nearly died during their premature births, but will turn 6 years old on Sept. 29 when Rodriguez (21-0, 14 knockouts) returns to the ring for an HBO-televised clash with hard-hitting Jason Escalera (13-0-1, 12 KOs).

JESSE AND DIEGO MAGDALENO FIGHT SEPARATELY ON FRIDAY AND SATURDAY 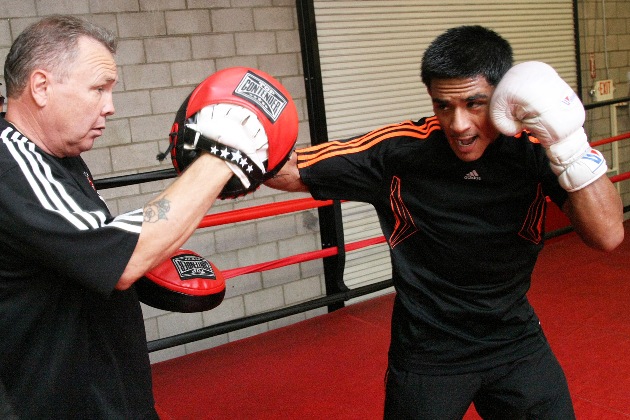 Popular Las Vegas-based brothers Jesse Magdaleno (10-0, 7 KOs) and Diego Magdaleno (22-0, 8 KOs) will be a part of Top Rank’s “The Future is Now” promotion in back-to-back shows on Friday and Saturday from the Dallas Event Center at Texas Station Gambling Hall and Casino in Las Vegas.

Bantamweight prospect Randy Caballero, of Cochella, Calif., will pursue his second straight knockout, his ninth overall and his 16th win without a loss when he meets Mexico native Manuel Roman, of Paramount, Calif., in the ShoBox main event from Fantasy Springs Resort Casino in Indio, Calif., on Aug. 25, Golden Boy Promotions has announced.

Caballero, who turns 22 in September, is coming off a fifth-round knockout of Jamal Parram in June and will make his 10th appearance at Fantasy Springs.

Perez, who is 22, rebounded from a sixth-round knockout loss to Omar Figueroa in January with a second-round stoppage of Eric Cruz in June.

Maldonado, 21, has nine victories that resulted in knockouts within two rounds or less.

Main Events has scheduled a Wednesday press conference to announce the Sept. 8 clash between former light heavyweight and cruiserweight titleholder Tomasz Adamek (46-2, 28 KOs) and journeyman Travis Walker (39-7-1, 31 KOs). The conference is being held at the site of their bout, The Prudential Center in Newark, N.J., in the venue’s Cure Club.

Walker stands 6-foot-5, and Adamek, 6-2. Adamek was last in the ring for last month’s unanimous decision over Eddie Chambers, his second straight win since being stopped by WBC beltholder Vitali Klitschko in September of last year.

Walker is coming off a sixth-round knockout that ended a three-fight winning streak by Australia’s Kali Meehan in March.

DiBella Entertainment’s “Broadway Boxing” series will be aired on Aug. 8 live from the Roseland Ballroom in midtown Manhattan on Fight Now TV, a channel dedicated to 24-hour combat sports coverage.

In victory, Oosthuizen, 24, could enter the sweepstakes for a bout against England’s IBF titleholder Carl Froch (29-2, 21 KOs).

“Making Broadway Boxing available live on the internet is something that I have long been interested in. New technologies are developing everyday that are giving us the opportunity to broadcast our sport on a much wider horizon,” said promoter Lou DiBella.

“I am thrilled to finally begin our efforts on Broadband, starting with this terrific show on August 2nd, featuring who we believe to be a superstar in the making in Tommy Gun. Not only will the fans in New York have the opportunity to see him, but because of our collaboration with Fight Now TV, he can be seen by fans from all over the world.”

Bryant is coming off his second straight knockout — a third-round KO of three-time title challenger Librado Andrade — in April that helped him to rebound from his only loss by six-round unanimous decision against Demetrius Davis in January of 2009.

“We brought up the level of competition for Rances last year and he’s continued to impress,” said event promoter Leon Margules of Warriors Boxing.

“More so than blasting out the opponents you face early in your career, these fights against solid veterans like Rodriguez are what determine if you belong among the best. So far, Rances has given no indication he’s anything but a future world champion.”

Junior welterweight prospect Danny O’Connor (17-1, 5 KOs), of Framingham, Ma., will headline the first professional boxing event to be held at The Gillette Stadium in Foxboro, Ma., on Aug. 12, in a show that is being promoted by Lou DiBella Entertainment.

A former two-time national amateur titlewinner and 2008 U.S. Olympic alternate, O’Connor, 27, will headline a three-fight card that will follow a 7 p.m. game between The Revolution and Montreal Impact.

“I’m a big New England Revolution fan, and since the first second I met everyone involved in The Revs organization, staff and players have been amazing and treated me like family,” said O’Connor, from his training camp in Houston.

“I’m honored and proud to be fighting alongside these great players and their fans. I’m very happy to be part of The Revs family and to showcase my talents after The Revs game at Gillette Stadium.”

O’Connor is managed by Kenny Casey, founder and lead singer for the band Dropkick Murphys, who orchestrated O’Connor’s fourth-round knockout of Daniel Sostre in May at The House of Blues in Boston.

“I’m honored to have a role, or play a position, to help bring boxing back in my home state,” said O’Connor. “I want to give back to the sport that has given me so much. I want fans all over New England to get excited again about boxing.”

Also scheduled for the card is super middleweight Billy Traft (1-0), a Boston Police officer and former New England Golden Gloves beltwinner, against John Downey, of Hull, Ma., who is making his boxing debut after having participated in mixed martial arts.


Featherweight prospect Patrick “The Punisher” Hyland (26-0, 12 KOs), a native of Dublin, Ireland, who is living in Newburgh, N.Y., will meet Dominican Carlos “El Flaco” Fulgencio (19-7-1, 12 KOs) on Aug. 8 at an outdoor show presented by Pretty Girl Promotions at Sahlen Stadium in Rochester, N.Y.

Promoted by Final Round Promotions/Team Snooki Boxing, Hyland is coming off a fourth-round stoppage of Frankie Archuleta (27-10-1, 14 KOs) in May.

“As a fighter, I’m thinking that I need 10 strong weeks of training and I’d be ready to fight anybody in the world, but I realize my management team is preparing me for a world title shot and it takes time. They’ve kept me very busy. This is my third fight this year. I hope to be fighting again in September or October,” said Hyland, who turns 29 in September.

“I work hard in the gym every day, especially on my defense. And you never really stop learning in this game. I watch big fights and all of the different styles to plan how I’d plan to beat each style…My opponent is a stand-up fighter with 12 knockouts in 19 fights. He has a good counter-right that I have to look out for.”