Chavez Jr.-Lee fight is back on in El Paso 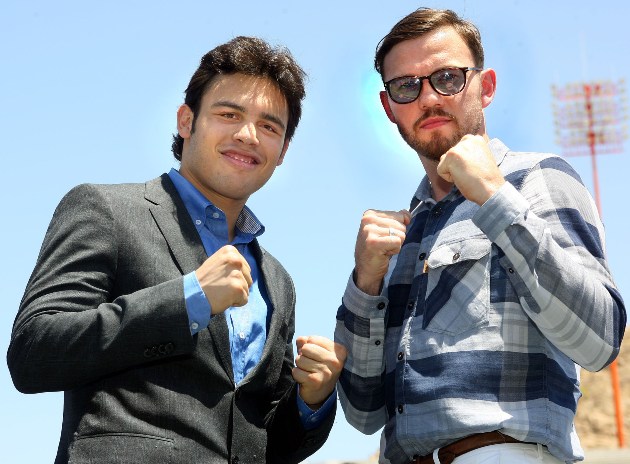 The June 16 middleweight title bout between WBC beltholder Julio Cesar Chavez Jr. and southpaw challenger Andy Lee will take place as scheduled at the Sun Bowl in El Paso, Texas, and not be relocated due to “high security concerns” related to violence on the U.S.-Mexican border, according to a report on Yahoo!Sports.

The fight between Chavez Jr. (45-0-1, 31 knockouts), a popular Mexican fighter and the son of the former champion by the same name, and the Detroit-based Lee (28-1, 20 KOs), had been threatened by University of Texas system chancellor Francisco Gonzalez Cigarroa’s initial move only an hour prior to a scheduled Tuesday press conference announcing the fight, but on Friday, Cigarroa reversed his decision and will permit Chavez Jr.-Lee to take place at the Sun Bowl.

Top Rank CEO, Bob Arum, had called the decision “just racist,” and later suggested that the cancellation was retribution for comments made by his son, Richard Arum, that were critical of the performance of students in the Texas system.

“It’s a sad commentary on the Texas higher education system that this chancellor initially made a decision like he made. The only reason that he changed it is because the good people of El Paso were outraged, as well they should be,” said Arum.

“They forced him to change it. There is no sigh of relief, it’s more of a case that I’m really disappointed that something like this happens in the first place in our country.”

Arum was relayed the message of the initial problem by on-site event coordinator Lester Bedford, who told RingTV.com that he manages and markets all of Top Rank’s events in Texas, and has done the same for all but one HBO fight in the state for the past 25 years.

Arum had been considering relocating the fight to Houston’s Toyota Center or the Alamodome in San Antonio, and said that he will continue to have shows in Texas, where his past events include two separate Manny Pacquiao title bouts at Dallas’ Cowboys Stadium in 2010.

“What does Dallas have to do with this? It’s not a university venue. The Texas Commission has been nothing but supportive to me for my entire career, so it’s not going to stop me from going to Texas. I love Texas. This decision that the chancellor made initially, I’m glad that it was reversed,” said Arum.

“But it was only reversed because my fellow Americans were outraged, and they made their voices heard. Otherwise, there is no occasion to celebrate it. There really isn’t. What happened was most unfortunate. The only good that you can say about what happened was that it showed what can happen when people are sufficiently motivated.”