Donaire says he’s not an elite fighter — yet 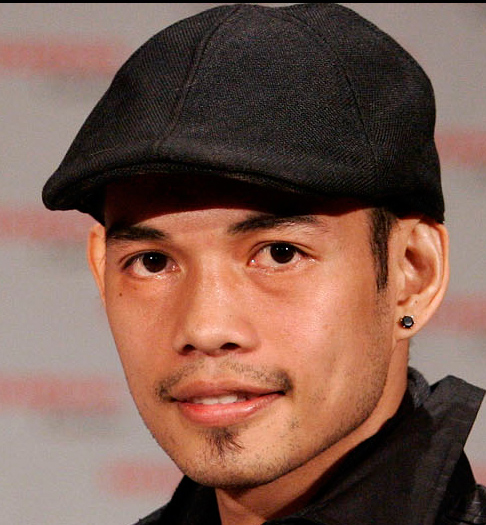 Most fans recognize the considerable talent of Nonito Donaire, but just how good is the former flyweight titleholder?

If you go by THE RING’s pound-for-pound rankings, the junior bantamweight contender is better than our dominant heavyweight champion, a three-division titleholder who unified major belts against the top-rated bantamweight, and the reigning flyweight champ who has lost only once in his last 70 bouts.

Donaire, who fights former bantamweight titleholder Wladimir Sidorenko on Saturday in Anaheim, Calif., on pay-per-view TV is No. 5 in THE RING’s Pound-for-Pound rankings.

This rating puts the just-turned 28-year-old ahead of such veterans as Wladimir Klitschko (No. 8), Fernando Montiel (No. 7), and Pongsaklek Wonjongkam (No. 6). The top-five company Donaire keeps consists of Manny Pacquiao, Floyd Mayweather Jr., Sergio Martinez and Juan Manuel Marquez — three first-ballot hall of famers and the reigning middleweight champ.

If you think the lofty status The Bible of Boxing has bestowed upon Donaire is a wee bit premature, you’re not alone.

The San Francisco-based Filipino, who earned THE RING’s KO and Upset of the Year awards when he knocked out then-undefeated Vic Darchinyan in 2007, doesn’t believe he deserves to be considered an elite fighter, either. At least not yet.

“I’m really flattered by THE RING’s ranking,” Donaire said at a media workout at the Fortune Gym in Los Angeles on Tuesday. “I’m honored by it and by any other website or magazine that ranks me with the best in the sport, but I don’t think I deserve it yet. I have to fight more elite fighters to deserve it.

“So far, I’ve got one guy (Darchinyan) on my record. I need more. In my opinion, I have the ability and the skills to be ranked that high, but I want to prove it to fans, and I want to see it for myself. I have to show my potential in fights against the best.”

Donaire (24-1, 16 knockouts) will get his wish if he beats Sidorenko on Saturday. His promoter, Bob Arum of Top Rank, has already announced that he plans to match Donaire against Montiel on Feb. 19, which is an HBO date.

Montiel is arguably Mexico’s most talented boxer. The 31-year-old veteran, who has held titles at flyweight and junior bantamweight, unified two major 118-pound belts and earned THE RING’s No. 1 bantamweight rating when he knocked out Japan’s respected Hozumi Hasegawa earlier this year.

Donaire considers Montiel to be an elite fighter.

“I have great respect for Montiel,” Donaire said. “He beat Hasegawa, who is excellent. He’s been at the world-championship level since before I turned pro. He’s definitely a Top 10 pound-for-pound fighter, and he’s without question the best in the bantamweight division.”

Donaire, who has campaigned at junior bantamweight since last August, is not ranked at all at bantamweight. That will change if he beats Sidorenko (also known as Volodymyr Sydorenko), who THE RING ranked as high as No. 3 at bantamweight before his title was taken by Anselmo Moreno in back-to-back close decision losses in May of 2008 and May of 2009.

Sidorenko (22-2-2, 7 KOs), a strong and aggressive 35-year-old technician, is as experienced as a world-class veteran can be. He compiled a reported 290-20 record during a 13-year amateur career and represented his native Ukraine at the 2000 Olympic Games, where he defeated future titleholders Daniel Ponce de Leon and Omar Narvaez on his way to winning a bronze medal.

Donaire says he’s not looking past his Saturday opponent.

“I know that Montiel is lurking just around the corner, but that just motivates me to focus more on Sidorenko,” he said. “He’s just like Montiel. He’s been there, too. He knows how to win. Only one man (Moreno) has beat him. I know he wants to prove that he still has it. He wants to make it in America.”

So does Donaire, who was born in the Philippines but grew up in San Leandro, Calif. The rangy, ultra-fast boxer-puncher says he’s been on a mission to prove that he belongs with the best in the sport since suffering his only loss, a five-round decision to journeyman Rosendo Sanchez in his second pro bout in March of 2001.

“My first defeat made me,” said Donaire, a former U.S. amateur champ. “I didn’t care about boxing anymore when I turned pro. In fact, I’d gotten to the point where I hated it. Then I lost that fight, and I realized that I hated losing more than anything else. It sucked. That loss woke me up. It made me decide to never again lose to someone who is less talented than I am.”

Sidorenko is skilled and experienced but he doesn’t come close to matching Donaire’s scary level of talent. “The Filipino Flash” is expected to beat the tough Ukrainian.

Montiel is another story. The savvy boxer-puncher, who looked spectacular scoring a third-round KO of rugged brawler Rafael Concepcion in his last fight, is at least as talented as Donaire, who struggled to outpoint Concepcion over 12 rounds last year.

Their anticipated February showdown will be Doanire’s ultimate proving ground.

“That’s the way it should be,” Donaire said. “Right now I can’t say where I rank pound for pound. I know I’m not at my best yet. I still have things to learn, and I’m always going to want to get better with each fight. But if I beat Montiel, I can call myself a pound-for-pound-level fighter. No doubt about it.”

THE SHOW MUST GO ON

Julio Cesar Chavez Jr. was supposed to headline the Top Rank show on Saturday, first against Alfonzo Gomez before he pulled out with an injury a week ago and then against replacement Pawel Wolak. However, the popular son of the Mexican legend withdrew from the card himself on Tuesday after reportedly battling flu-like symptoms over the weekend.

Hardcore fans will have to ask themselves whether the show, which takes place at the Honda Center in Anaheim, is worth Top Rank’s asking price of $44.95 with Donaire-Sidorenko as the main event.

It might be for fans who believe Donaire is a future star in the deep bantamweight division and possibly heavier weight classes, and for those who know how good a matchup the lightweight co-feature between beltholder Humberto Soto and Urbano Antillon is.

The latter fight could turn into a thriller in the mold of last weekend’s lightweight championship between Juan Manuel Marquez and Michael Katsidis given the technical precision of the experienced titleholder and the all-out aggression of the challenger.

The pay-per-view broadcast kicks off with a scheduled 10-round featherweight bout between undefeated prospect Mikey Garcia and once-beaten former title challenger Oliver Lontchi.

For what it’s worth, Donaire, who can be a laid back counter-puncher in the ring, promises to step up his aggression for this show.

“I want to be more entertaining,” he said. “I need to be a busier fighter. Sometimes I think too much in the ring. I enjoy a strategic fight, but I’ve begun to realize that boxing is not just an art, it’s entertainment. I’ve got to go out and entertain fans the way Marquez and Katsidis did, just like Soto and Antillon will. Those two and Mikey Garcia are going to go at it.

“I’m the main event so I have to be as entertaining as they are or fans will be let down. I’m not going to let that happen. I know I often sit back and wait no matter what my opponent does but I’m not going to be reserved against Sidorenko. Sometimes I don’t gamble enough when I fight but this time I’m going to gamble.”

If Donaire wins his next two scheduled fights, he might emerge as the star of the stacked bantamweight division. That's where the participants of Showtime’s upcoming four-man tournament — Darchinyan, Yonnhy Perez, Abner Mares, and Joseph Aggreko — plus other formidable contenders such as Moreno and Eric Morel currently reside.

However, don’t be surprised if Donaire, who weighed 127 pounds on Tuesday, tosses his hat into the deep featherweight mix with Juan Manuel Lopez, Yuriorkis Gamboa, Hasegawa, Ponce de Leon and Elio Rojas.

“He thinks it’s going to be easier fighting at the heavier weights, and co-trainer Robert Garcia agrees with him, because he’s going to retain a lot of his speed. He may not get the devastating knockouts anymore, but he’ll be a lot faster than the bigger guys.”