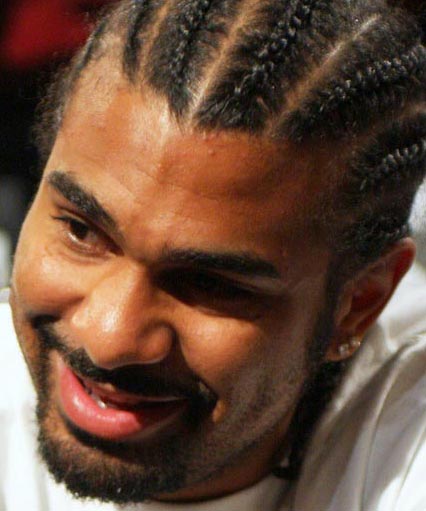 OMAR FIGUEROA VS. ARTURO QUINTERO
Rounds / weight class: eight rounds / lightweights
Location: Hidalgo, Texas
Television: Telefutura
The backdrop: Figueroa (10-0, 8 knockdowns), the 20-year-old power-punching pretty boy that Golden Boy Promotions is high on, takes a slight step-up in competition in this week’s Solo Boxeo main event. The popular Texan’s opponent, Quintero (15-4, 9 KOs), was once a 10-0 prospect himself but the Las Vegan hit some roadblocks and hasn’t fought since 2006. Quintero is by far the toughest and most experienced fighter Figueroa has faced but the inactive journeyman is 2-3 in his last five bouts.
Also fighting: Jermell Charlo vs. Luis Grajedo, 8 rounds, welterweights
Rating the card: B-. Quintero might test the still-wet-behind-his-ears Figueroa for a few rounds, but the co-featured bout between Charlo (13-0, 7 KOs) and Grajedo (10-0-1, 7 KOs), might be the fight of the night. Both unbeaten prospects are former amateur standouts. Charlo, 20, has the edge in speed and athleticism; Grajedo, 23, is taller, rangier and more mature.

JESUS RUIZ VS. JULIO LER
Rounds / weight class: 12 rounds / bantamweights
Location: Mexico City
Television: Telemundo
The backdrop: Ruiz (23-3-2, 18 KOs), a 20-year-old prospect from Nogales, Mexico, takes on by far the most-experienced opponent of his four-year career in Ler (30-7, 18 KOs), a 30-year-old former contender who has gone the 12-round distance with former titleholders Alexander Munoz, Jorge Arce and Simphiwe Nongqayi.
Also fighting: Josue Beranza vs. Fernando Salazar, eight rounds, featherweights
Rating the card: C+. Co-featured bout between Beranza (33-19-2, 26 KOs) and Salazar (2-9, 1 KO) is just a “gimme” fight for the veteran trial horse last seen getting pummeled by Guillermo Rigondeaux but the Ruiz-Ler bout might be a decent 12-round fight.

MANNY PACQUIAO VS. ANTONIO MARGARITO
Rounds / weight class: 12 rounds / junior middleweights
Location: Arlington, Texas
Television: HBO Pay-Per-View
The backdrop: Pacquiao (51-3-2, 38 KOs), the sport’s pound-for-pound king and its biggest star, took a step down in his recent competition when he agreed to fight Margarito (38-6, 27 KOs) at a 150-pound catch weight with a meaningless junior middleweight belt at stake. The hardnosed Mexican veteran, who was disgraced when inserts were discovered in his wraps before his fight with Shane Mosley last January, hasn’t looked formidable since his 2008 stoppage of Miguel Cotto. Mosley dominated Margarito to ninth-round TKO and the former welterweight titleholder looked ordinary out-pointing a journeyman in May. However, Margarito, who has looked good in training, is motivated and will have at least a 10-pound weight advantage on fight night. Pacquiao, who was elected to congress in his native Philippines in May, has more distractions than ever. His talent and skill should be too much for Margarito to overcome but if the Filipino hero underestimates his opponent fans might just get a competitive fight.
Also fighting: Guillermo Rigondeaux vs. Ricardo Cordoba, 12 rounds junior featherweight title; Mike Jones vs. Jesus Soto Karass, 10 rounds, welterweights; Brandon Rios vs. Omri Lowther, 10 rounds, junior welterweights
Rating the card: B+. Although Margarito is not in Pacquiao’s class, the aggressive styles and toughness of both fighters figures to make for some entertaining moments. The undercard to the pay-per-view show also figures to entertain. Rigondeaux (6-0, 5 KOs), lauded as one of the best amateur boxers ever, takes on THE RING’s No. 5-rated junior featherweight Cordoba (37-2-2, 23 KOs), in just his seventh pro bout. Cordoba is a former titleholder who owns a victory over Celestino Caballero. Jones (22-0, 18 KOs) and Karass (24-4-3, 16 KOs) are young, strong welterweights in their primes. They should make for a good fight. Jones is the bigger, more-athletic fighter with better technique, but Karass is more battle tested and probably has a better chin. Rios (25-0-1, 18 KOs), a late-sub for Kelly Pavlik, is always fun to watch and Lowther (14-2, 10 KOs) should go rounds.

DAVID HAYE VS. AUDLEY HARRISON
Rounds / weight class: 12 rounds / heavyweights
Location: Manchester, England
Television: Sky Box Office
The backdrop: Former cruiserweight champ Haye (24-1, 22 KOs) has talked the talk since jumping to heavyweight in late 2008 but he hasn’t walked the walk. Although the Brash Brit claims to want to challenge both Klitschko brothers, so far his heavyweight campaign has amounted to victories over Monte Barrett (TKO 5), Nikolay Valuev (MD 12), and John Ruiz (TKO 9). That’s enough to make him a titleholder and a top-10 contender in this diluted era of big men, but not much more than that. Defending his belt against Harrison (27-4, 20 KOs) isn’t going to do much for Haye’s legacy, either. Although Harrison is a southpaw with height and reach advantages over Haye, the 2000 Olympic gold medalist is not given much of a chance to upset the fast and powerful titleholder. That’s probably because Harrison has lost to Danny Williams, Dominic Guinn, Michael Sprott, and Martin Rogan, a part-time Belfast taxi driver who only had 10 pro bouts at the time. Harrison, who is coming off a 12th-round KO of Sprott, has won four in a row since losing to Rogan, but three of those fights were three-round bouts against prospect-level opponents that he faced while winning the one-day “Prizefighter” television series tournament.
Also fighting: Felix Cora vs. Enad Licina, 12 rounds, cruiserweights
Rating the card: B. The Haye-Harrison showdown, which happens to be the first time a British beltholder defended his title against a countryman since Lennox Lewis fought Frank Bruno in 1993, is a decent matchup for British fans. Cora (22-3-2, 12 KOs) and Licina (18-2, 10 KOs) should make for a solid fight in the early rounds but Licina, a Germany-based Serbian who appears to have fresher legs than Cora, should be too much for the former contender from Texas over the second half of their title-elimination bout.

Middleweight fringe contender Peter Manfredo Jr. takes on Jhon Berrio in Lincoln, R.I. The 10-round bout will be broadcast live on NESportsTV.com.

Yakup Saglam puts his undefeated record on the line against fellow Germany-based heavyweight Konstantin Airich in a 12-round bout in Stralsund, Germany.