Is Kessler in the Super Six’s first must-win situation? 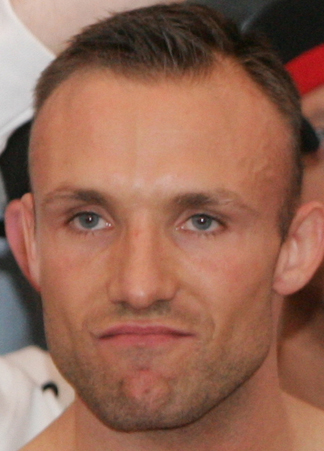 In a standard boxing tournament, every fight is a “must win” because one loss means elimination. But in a tournament with a format as complex as Showtime’s Super Six World Boxing Classic, determining what qualifies as a must-win fight isn’t so simple.

Four fights into the nine-fight “Group Stage,” we don’t know yet how many points a fighter will need to qualify for the semifinals. But we do know that four different fighters already have at least two points. And we know that Mikkel Kessler is not one of those fighters.

The pre-tournament favorite to most observers, the dashing Dane isn’t yet in a mathematical must-win position. Even if he loses to Carl Froch on Saturday, he still has a chance of advancing to the semis. But he’s in severe danger if he loses against Froch because he’ll be the only competitor with two fights, zero points and, in all likelihood, a major confidence crisis.

Froch touched on the confidence issues that accompany defeat in a recent conference call.

“When you lose a fight, it does something physically and it does something more damaging mentally,” Froch said. “I don’t want to pass judgment on [Kessler’s] mental condition, but I know which position I’d rather be in.”

The math says Kessler can recover from a loss and remain in the hunt for the Super Six semifinals. But practicality tells you he’s facing a level of pressure and urgency we haven’t seen yet in this tournament.

Let’s look at it first, though, from a purely quantitative perspective. Four of six fighters advance. You score three points for a knockout win, two for any other kind of win and one for a draw. Arthur Abraham has three points; Froch, Andre Ward and Andre Dirrell each have two; Kessler and Allan Green have goose eggs.

We know that fewer than two points won’t get you through to the semis. Meanwhile, three points is nearly a guarantee that you’ll advance, but not quite. (For example, for Abraham not to advance with three points, he’d need virtually every remaining fight to play out a specific way; if Kessler beats both Froch and Green, Ward beats Green, Dirrell beats Ward and Froch beats Abraham, then “King Arthur” does not get in with three points. But there’s very little deviation from that sequence of events that would deny Abraham a spot in the single-elimination stage of the Super Six.)

The bottom line, and you don’t need any math to understand this, is that it’s bad news for Kessler if he loses to Froch. So what’s the likelihood of that happening?

Many fans and experts have tabbed Kessler as the favorite over the undefeated Froch – partially because the Dane needs it more, partially because the fight is in Denmark and boxers with the home-ring advantage are 4-0 so far in the Super Six and partially because of the style considerations that Bernstein touched on. If Ward was all wrong for Kessler, with his speed and precision, then Froch, who’s not especially fast or precise, might be just what Kessler needs to look good again.

But that’s assuming the 31-year-old Kessler didn’t peak in 2004-2007 and hasn’t been steadily slipping for the past three years. That’s a distinct possibility, and if it turns out he’s only 75 percent of what he was when he knocked out Markus Beyer and shut out Librado Andrade, then the style matchup might be irrelevant.

But let’s say Kessler does beat Froch. That will give us five fighters with either two or three points and sheer chaos heading into Group Stage Three.

Indeed, if Kessler wins, the hopes for a high-drama finish to the round-robin stage, with every fight being crucial for every fighter, will be realized. And even if Froch wins, that assures the Brit a semifinal berth and means everyone else is competing for one of just three spots.

As was noted earlier in this article, Kessler will face urgency on Saturday the likes of which we haven’t yet seen in the Super Six. But it’s a level of urgency we probably will be lucky enough to see in every Super Six fight that follows.

ÔÇó This might be an unpopular viewpoint, at least among boxing fans, but after watching last week’s gripping Real Sports With Bryant Gumbel exploring the deaths of Alexis Arguello, Arturo Gatti and Vernon Forrest, I can’t condone the push from prosecutors to give the death penalty to all three of the perpetrators in the Forrest case. Without question, the one who shot and killed Forrest should get the death penalty. But the other two should get whatever the appropriate jail sentence is for armed robbery. They didn’t murder anyone, and guilt by association is no grounds for sentencing a man to death.

ÔÇó Let’s all agree on this: No more HBO dates or title opportunities for Edison Miranda. (And on a related note, please tell me we’ve seen the last of Owen “On The Deck” Beck.)

ÔÇó I’m probably going to sound old and unhip here, considering there’s been nothing remotely cool about U2 in roughly 17 years, but you just can’t go wrong entering the ring to “Where The Streets Have No Name.” From a psych-you-up standpoint, it’s the exact opposite of John Ruiz’s “Goodnight Saigon” ring entrance.

ÔÇó Do they have any referees in Memphis other than Randy Phillips? And how does that guy find time to officiate so many fights when he has a day job that ought to keep him busy?

ÔÇó Don’t miss this week’s episode of Ring Theory, when Bill Dettloff and I welcome Doug Fischer as our guest. First he works the broadcast booth with Sugar Ray Leonard and Joe Tessitore, and now he steps up to Dettloff and Raskin. It’s the career trajectory every boxing analyst dreams of.