Perez-Mares match on for May 22 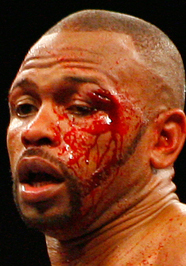 The fascinating bantamweight matchup between beltholder Yohhny Perez (20-0, 14 knockouts) and young contender Abner Mares (19-0, 12 KOs) has finally been agreed upon by the fighters, according to sources with both camps.

Perez-Mares will be the Showtime-televised co-feature to the fourth Israel Vazquez-Rafael Marquez fight that takes place at Staples Center in Los Angeles on May 22.

Mares had verbally agreed to terms and still has to sign the contract to make the bout official, but his manager Frank Espinoza has told RingTV.com that the signing is a mere formality.

Fans can expect the 31-year-old titleholder from Colombia and the 24-year-old Southern Californian to get it on in the ring on May 22.

Perez, who beat experienced contenders Silence Mabuza and Joseph Agbeko last year to establish himself as one of the world's best 118 pounders, figures to be the most experienced foe of Mares' five-year career.

Mares, a 2004 Mexican Olympian who looked very sharp in his last outing (a six-round KO of Carlos Fulgencio last August), figures to be the most talented fighter Perez has ever faced.

Both bantamweights are skilled, aggressive and busy boxer-punchers.

As great a matchup as Vazquez-Marquez always is, Perez-Mares could steal the show.