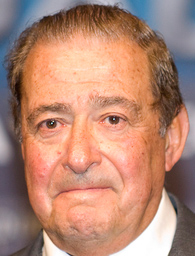 Bob Arum, promoter of Manny Pacquiao, informed a number of news organizations that the proposed March 13 showdown between Pacquiao and Floyd Mayweather Jr. — thought by many to have the potential to be the highest grossing fight in history — is off.

The representatives of the two fighters, which included Arum and Golden Boy Promotions CEO Richard Schaefer (for Mayweather), had been in day-long mediation sessions with retired federal judge Daniel Weinstein in Santa Monica, Calif., on Tuesday and Wednesday in hopes of resolving issues that were preventing the fight form being made, namely an amicable solution to the impasse over blood testing and Pacquiao's law suit alleging defamation.

However, common ground between the two sides could not be found, according to Arum, who spoke to ESPN.com and the Los Angeles Times among other news agencies on Wednesday night.

Arum says he still plans to have Pacquiao fight in March, either on the 13th or the 20th, probably against newly crowned 154-pound titleholder Yuri Foreman, who he also promotes.