Kessler, Pavlik look to make up for lost time 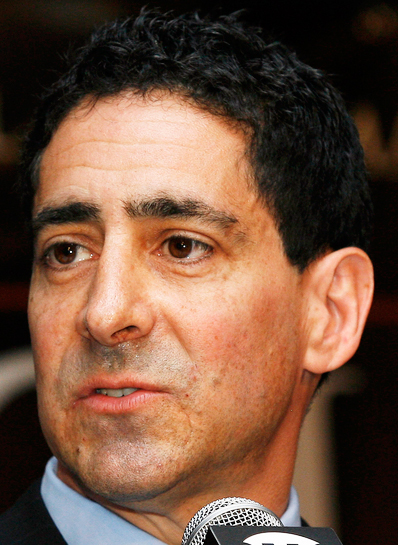 Tough question: What’s worse for a fighter’s career, losing a major fight or not engaging in any major fights? Cop-out answer: Both.

Mikkel Kessler and Kelly Pavlik, to most eyes the best 168-pounder and 160-pounder in the world, respectively, have both endured the momentum-killing double whammy of losing big fights and then letting an inordinate amount of time pass without reminding fans what it looks like when you win a big fight. Wherever you place the blame – health issues, management issues, just plain bad decision-making – Kessler has been treading water for two years in the prime of his career, and Pavlik wouldn’t mind taking a mulligan on the last year and a half or so.

But the good news for fans is that Kessler is signed up for a starring role in the groundbreaking Showtime Super Six tournament, which starts this weekend, and Pavlik just recently announced a mouth-watering fight with Paul Williams. And the related good news for Kessler and Pavlik is that if there’s one thing recent history has taught us about star fighters who get accused of mismanaging their careers, it’s that all can be forgiven and forgotten in a single night.

There’s no greater example of this than the man most responsible for stalling out Pavlik’s meteoric rise, Bernard Hopkins. In 2001, “The Executioner” made the leap from respected titlist to superstar champion by shocking Felix Trinidad at Madison Square Garden. Over the next 2¾ years, he fought just three times, against the over-the-hill Carl Daniels, the atrocious Morrade Hakkar and the rapidly fading William Joppy. Everywhere you looked, fans and experts were accusing him of driving his career mask-first into the ground.

Then Hopkins signed a two-bout deal culminating with a superfight against Oscar De La Hoya, he beat “The Golden Boy” as expected, he made life-changing money in the process and suddenly it was like the mistakes of ’02 and ’03 never happened.

That’s the outcome Kessler and Pavlik are praying for (although a one-night eight-figure payday doesn’t appear to be in the cards for either one just yet). It’ll depend largely on the results of their fights, but just by putting their names on the dotted line, they’ve removed themselves already from treadmill-to-nowhere status.

For Kessler, everything was rolling right along until he lost a close decision to Joe Calzaghe in an excellent fight in November 2007. It was one of the best losses a guy could suffer and the defeat posed no threat to the Dane’s status as a future star of the sport. But pointless matches with Dimitri Sartison, Danilo Haussler and Gusmyr Perdomo, the last one coming after an 11-month layoff, did pose such a threat.

Some observers began to question whether Kessler’s promoter, Mogens Palle, was serving his fighter’s best interests.

There were also rumors around the same time that’s Pavlik’s relationship with his promotional company, Top Rank, was strained. If so, those problems have since been ironed out. But health issues have been a hindrance, as was the fact that, unlike Kessler’s loss to Calzaghe, Pavlik’s loss against Hopkins last October didn’t come with any silver linings. Since his back-to-back wins over Jermain Taylor, Pavlik took care of a pointless mandatory defense against Gary Lockett, was shut out by Hopkins, won another dreary mandatory against Marco Antonio Rubio and will have been out of action 10 months by the time he steps in against Williams.

“He’s 27 years old. I’d be concerned if he was 34 or 35, but I’m not really concerned at 27 years old,” said Pavlik’s manager, Cameron Dunkin. “He ran into a ring of fire with the guys he fought, (Jose Luis) Zertuche, (Edison) Miranda, then Taylor twice. Then for the fight with Hopkins, he was taking a lot of antibiotics, he was sick, and we tried to hide it. So after all that, I think it’s good for Kelly that he took some time off. We’d been going at a pretty fast pace, and all of a sudden, a guy takes a little time off and it’s the end of his career according to some of these writers! It’s like, if a fight isn’t a major step forward, it’s a step back. My gosh, if you fight an easy one, they just crucify you.

“But I’m not worried about Kelly’s career. If he beats Williams – and, yes, that’s a big if, we all know this is a real fight – if he does, then all will be forgiven. And if he doesn’t, then we’ll hear how the layoff f—-d him. It’ll go from what brilliant management and what a brilliant job Top Rank did with him to we’re all a bag of s— and we ruined the kid and he never reached his potential.”

Undoubtedly, a loss to Williams will be tough for Pavlik to shake off, especially given the negative state of his momentum coming in. But if he beats “The Punisher,” a man some observers have already elevated to Top-5 pound-for-pound status, then he’s right back where he was two years ago, with the boxing world asking him to carry the sport in America.

“People want to root for Kelly Pavlik, and he just has to give them a reason to,” Dunkin said.

It’s been that way with plenty of top-tier talents this decade. Joining Hopkins on the list is the last man to beat B-Hop, Joe Calzaghe. The Welshman let nearly a decade pass him by without stepping up to the next level after claiming his first alphabet belt, but then he decisioned Jeff Lacy, Kessler, Hopkins and Roy Jones, and he retired a legend.

Nobody in recent years has taken as much criticism for mismanagement as Nacho Beristain did with Juan Manuel Marquez after turning a scintillating draw against Manny Pacquiao into a couple of marking-time bouts and a shocking loss to Chris John in Indonesia for less than five percent of the money he’d been offered for a Pacquiao rematch. But Marquez rebounded, got an opportunity against Marco Antonio Barrera and won. That sparked a rebirth that saw him climb to No. 2 pound-for-pound and make a career-best payday against Floyd Mayweather Jr.

And who better epitomizes the ability to make huge money after wasting various stretches of his career than Mayweather? From ’03 through ’06, nearly every opponent Mayweather faced drew criticism (even though Arturo Gatti was a natural financial move, Zab Judah was a decent test and Carlos Baldomir was for a true, lineal championship). But four semi-wasted years did nothing to prevent him from becoming boxing’s new pay-per-view king, with sales expectations exceeded against De La Hoya, Ricky Hatton and Marquez.

“Look at the numbers Mayweather just did against Marquez. I don’t think taking a year off hurts these kids,” Dunkin said. “Kessler is in the same position we’re in with Pavlik. He’s a terrific fighter, he’s just gotta perform and win. If he does, I don’t think anyone will even remember that he was off. The Super Six tournament is terrific for him, it gives him all the opportunity in the world.

“They say you’re only as good as your last performance. Guys like Kelly and Kessler just need a great performance.”

ÔÇó Is it time to go ahead and give Israel Vazquez the title of “most exciting fighter in the world”? After he turned in a bloody thriller in a club fight against Angel Priolo, I say yes. The whole thing was Gatti-esque, from the unexpected struggle against a lesser opponent, to the fast-paced action, to the dramatic finish.

ÔÇó Well, I guess I’m 0-for-1 on my “one-way action” or “two-way action” predictions after Juan Manuel Lopez barely squeaked past Rogers Mtagwa on Saturday night. But if I’m going to be wrong, it’s the one-way predictions I want to be wrong about.

ÔÇó Jorge Linares’ shock loss to Juan Carlos Salgado prompts two important reminders: First, no matter how talented someone looks, you can’t put them on your pound-for-pound list until they’ve proven themselves against the best in their division; and second, anyone can get caught cold. Just because Linares lost in 73 seconds doesn’t mean he can’t earn his way onto the pound-for-pound list in the future.

ÔÇó I love the concept of ESPN’s 30 For 30 documentary series (even if the first episode last Tuesday, Peter Berg’s take on the famous Wayne Gretzky trade, didn’t live up to the hype). Anyway, programming alerts for boxing fans: Albert Maysels’ doc on Larry Holmes-Muhammad Ali (Muhammad And Larry) premieres Oct. 27, and there’s at least one more boxing documentary to come, covering the Mike Tyson-Bruce Seldon fight (One Night In Vegas).

ÔÇó After catching the premiere episode of Showtime’s Fight Camp 360, I must say, a reality show following Dan Goossen, Lou DiBella and Gary Shaw around as they wheel, deal, eat and drink would make for great TV. I say move ’em into the Playboy Mansion and call it The Promoters Next Door.

ÔÇó My other key Fight Camp 360 observation: I’m pretty sure Carl Froch has a half-naked picture of his own girlfriend on the wall in his kitchen. Interesting. Add a stripper pole and a Scarface poster, and we might be able to get him featured on Cribs.