Mosley should procede with caution 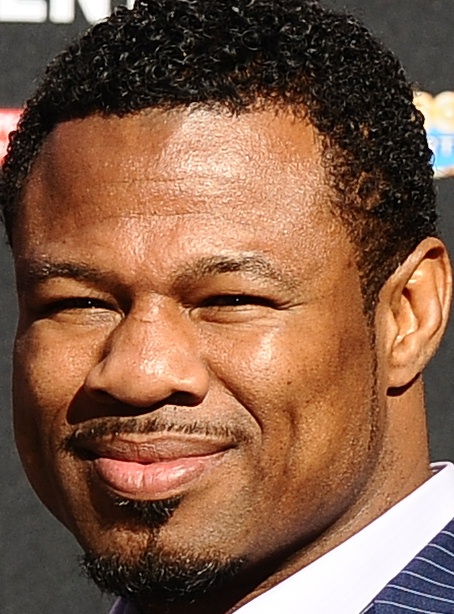 It was the first night of the 1982 state Golden Gloves competition, at the old armory in downtown Elizabeth, New Jersey. If you've never had the pleasure, imagine an endless landscape of apartment buildings, smoke stacks, factories, abandoned cars, liquor stores and police sirens.

Or, recall the opening montage to The Sopranos.

I was there to compete in the novice welterweight class, my first time in the Gloves, and as I headed into a back room to receive a physical and get matched up for the night, my trainer, Danny, advised:

“Stand next to someone you think you can beat.”

Stand next to someone you think you can beat.

Taken another way, know your limitations.

I walked into that backroom, looked around for another freckled, terrified white kid, and elbowed my way next to him in line.

Shame Mosley has a lot of options after his wonderful win two weeks ago over Antonio Margarito. Welterweight is probably the deepest division in the game right now and there is no dearth of high-profile, big-money fights he can pursue.

And for the first time in a long time, he is carrying the clipboard.

Lots of names are being thrown around: Floyd Mayweather, Ricky Hatton, Manny Pacquiao, even Miguel Cotto, who beat Mosley in a close fight at the end of 2007.

So many choices. Mosley has a chance in all of them, but he would do well to follow my old trainer's device. Despite all evidence to the contrary, he is not 25 years old again. He is not invincible. He is not inhuman. He has not found the Fountain of Youth.

He remains a 37-year-old prizefighter who needs to be matched against opponents who will complement his still formidable array of strengths. Few of us saw it beforehand, but Margarito was exactly the right kind of opponent to fulfill that job. Mosley knew it.

“I know how to fight the Mexican-style fighters,” he told ESPN's Brian Kenny on Friday Night Fights last week. “I grew up in California so I know how they fight.”

Mosley went on to say that in his experience, Mexican fighters are aggressive and can withstand lots of punishment to the head, but falter when hit to the body. Always a good body puncher, he knew what to do.

But Floyd Mayweather is not Margarito. Neither is Pacquiao, Hatton, or Cotto.

When a fighter looks as good as Mosley looked against Margarito, especially after a string of average performances, it is tempting to think something has changed, that he's been reborn. (Recall how he looked in the second Fernando Vargas fight and the reaction afterward.)

It usually just means he found the guy with the perfect style for him. And the fighter, wanting to be young forever, just like the rest of us, allows himself to believe he's found some secret. He hasn't.

Someone should remind Mosley to stand next to someone he thinks he can beat.

Sometimes it backfires. In my case, that guy from the AAU paired up every other kid in the line and I went against a guy who looked like Haywood from the White Shadow.

Nobody said it was a perfect strategy.

Some miscellaneous observations from last week:

I don't know how it's possible, but when I got up this morning, it was still the 10th round of the Juan Urango-Herman Ngoudjo fight.

Despite the presence of referee Marlon B. Wrong, Montreal has a lot to learn about administering hometown decisions. The three judges had Ngoudjo, their guy, losing by scores of 118-108, 120-106, and 116-110 in what looked to me like a reasonably close fight. Guys: attend a fight card in Arkansas or Texas or somewhere so you can see how a fight featuring a hometown boy is supposed to be scored. Here's a hint: your guy wins.

After getting two points deducted for holding, Dorin Spivey grabbed and tackled Antonin DeCarie, I imagine in an attempt to convince referee Gerry Bolen to disqualify him. No such luck. Poor Spivey hung in there for the full 12-round beating…

Anyone else notice Canadian referees seem to have no need to draw attention to themselves with obnoxious sloganeering, the way American referees do? Damn CanadiansÔÇª

I'd write something about Jose Torres and Ingemar Johansson dying within a few days of one another, but really, from a boxing perspective, it's kind of a disservice to Torres. He was a hell of a fighter. Johansson was a competent heavyweight puncher fortunate to contend when Floyd Patterson was champion, and clearly wasn't worthy of Hall of Fame induction, despite his induction in 2002…

It's hard to imagine any scenario in which Jorge Arce beats Vic Darchinyan in their upcoming match, but then, I wrote something similar about Darchinyan before his upset win over Cristian Mijares.

Either way, for this one ringside patrons should bring along a bucket for the same reason baseball patrons carry a glove with them to the ballpark: you never know when something you can sell on eBay might come hurtling toward you. A couple of Arce's teeth, a mouthpiece, and boom – next month's mortgage is paid.

It's bad enough that Williams, 44 and frankly not that good when he was young, is still fighting. But the WBC USNBC title? It appears the only way to stop this rampant proliferation of titles is to start lopping off whole sections of the alphabet. I say it's a small price to pay.

Bill Dettloff can be contacted at [email protected]