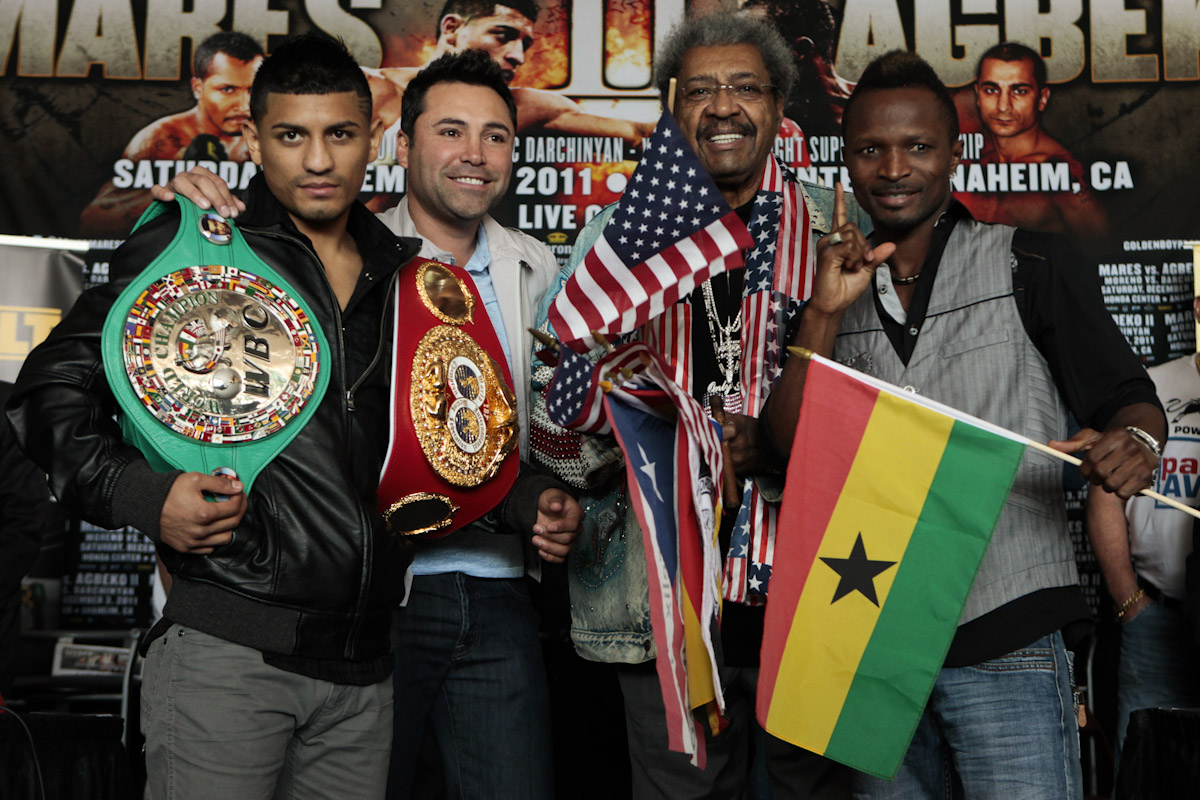 IBF bantamweight titleholder Abner Mares and Joseph Agbeko had their final words for each other and for the media at the final press conference for their anticipated Showtime-televised rematch at the Honda Center in Anaheim, Calif., on Saturday, Dec. 3.

Anselmo Moreno and Vic Darchinyan, who will fight for Moreno’s WBA bantamweight title in the Showtime-televised co-feature, also had their say, as did promoters Don King, Oscar De La Hoya and Gary Shaw.

Agbeko, the former two-time IBF titleholder who lost a controversial majority decision to Mares in August, said the rematch will be a “father-and-son” type fight, meaning that he will be the “man” and Mares, who landed numerous low blows without penality in the first bout, will be the “boy.”

Mares promised his hometown fans an “early Christmas gift” and added “I’m the champion, he’s coming to my home and he’s not leaving with the belt.”