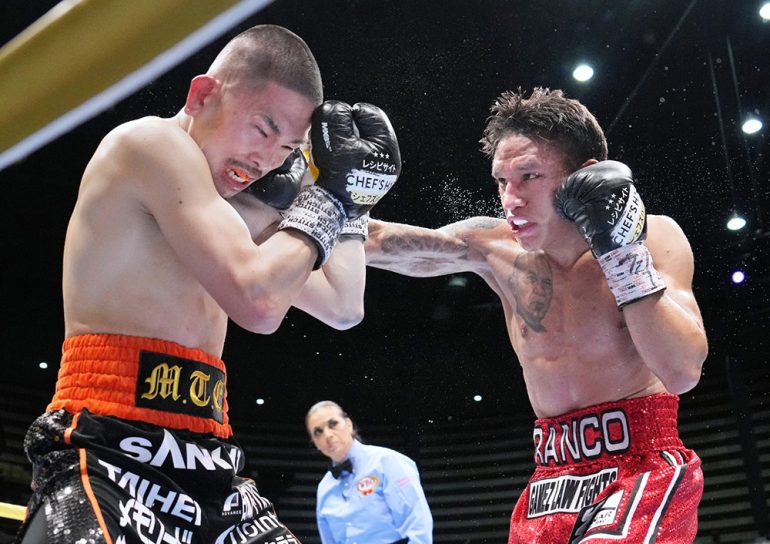 Last Saturday’s big Showtime/PBC pay-per-view show headlined by Gervonta Davis vs. Hector Garcia featured four boxers with lofty Ring rankings. Davis, the star of the event that took place at a packed Capital One Arena in Washington, DC, is The Ring’s No. 2-rated lightweight. His dance partner for the evening was the breakout fighter of 2022, Garcia, holder of the WBA 130-pound belt and The Ring’s No. 2-rated junior lightweight. 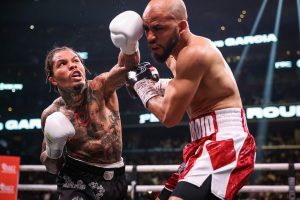 Gervonta Davis’ eighth-round attack was the beginning of the end for Hector Luis Garcia. Photo by Amanda Westcott-SHOWTIME

Davis (28-0, 26 KOs) did what he was expected to – although not without dropping a couple rounds to the talented technician from the Dominican Republic – and halted Garcia (16-1, 10 KOs) when the underdog (complaining of impaired vision) was unable to continue at the start of Round 9. Ennis (30-0, 27 KOs) also did what was expected of him by dominating the unknown stick-and-mover from Ukraine, although some observers were disappointed that the highly touted Philadelphian did so by 12-round shutout rather than the sensational KO they have become accustomed to.

The Ring Ratings Panel, acting on Anson Wainwright’s suggestions, unanimously voted to keep Davis, Garcia and Ennis at their current rankings. Davis and Ennis were huge odds favorites, while Garcia didn’t embarrass himself in his foray into the 135-pound division.

Andrade (32-0, 29 KOs) looked sharp, dropping Nicholson twice en route to a 10-round shutout. However, while Wainwright believed the veteran southpaw’s performance was good enough to crack the super middleweight rankings at No. 9 (which would have pushed back Zach Parker to No. 10 and ousted newly entered Ali Akhmedov from the rankings), he was rebuffed by the rest of the Panel.

However, before the discussions began, the Panel welcomed two new members – Abraham Gonzalez and Corey Erdman.

“Welcome to our new members,” said Adam Abramowitz. “The only disagreement I have is ranking Andrade after beating just Demond Nicholson at 168. Nicholson probably wouldn’t even be a top 25 guy in the division. Everything else (among Wainwright’s suggestions) looks good.”

“Thank you for adding me to this prestigious group,” said Gonzalez. “I agree with Adam as ‘Boo Boo’ didn’t necessarily make a grand entrance into super middleweight. The rest looks good to me as well.”

Added Tom Gray: “Yeah, I think Andrade needs to make more of a splash at the weight to be considered.”

Added Tris Dixon: “Greetings to the new members. Agree with Adam on Andrade. Agree with Anson on the remainder.” 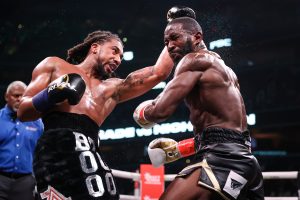 Added Martin Mulcahey: “New promoter, same old Andrade. He looks good and even dominant but can’t put away his foe to create a buzz. No ranking in my opinion. Beating Demond Nicholson is the only thing he has done at 168. I agree that on skillset and pedigree, Andrade belongs in the (super middleweight) top 10, but he has done nothing at the weight to merit entry for me.”

Added Daisuke Sugiura: “Welcome, Abraham and Corey! And I agree with Andrade not entering.”

Added Diego Morilla: “A warm welcome to our new members! I’ve never been a fan of Andrade, honestly, but I do agree with Marty on the ‘skillset and pedigree’ thing. And the lack of terrific and super convincing options only adds to the conundrum. Having said that, I have no problem waiting for Andrade to fight a top-10 opponent (which will NEVER happen, as those of us who followed his career know quite well).”

Harsh. Hopefully, Andrade does what’s necessary this year to prove his naysayers wrong and earn a title shot in a third weight class.

So, while Andrade’s situation shows that a win isn’t always enough for a rankings advance, sometimes a non-win isn’t necessarily a setback.

Joshua Franco didn’t get the victory in the most significant bout of his pro career to date, but the San Antonio native fought hard and well enough in earning a majority draw against decorated veteran Kazuto Ioka (in his fellow 115-pound beltholder’s hometown of Tokyo on December 31) that the Panel suggested he advance in the junior bantamweight rankings.

Franco (18-1-3, 8 KOs), the WBA titleholder, entered the New Year’s Eve showdown as The Ring’s No. 5-rated 115 pounder. Ioka (29-2-1, 15 KOs), holder of the WBO belt, entered the unification bout as the No. 2 contender (behind only Ring champion Juan Francisco Estrada and fellow four-division titleholder Roman Gonzalez). 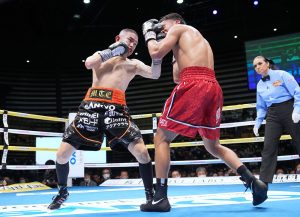 Kazuto Ioka had his moments vs. Joshua Franco. Photo by Naoki Fukuda

Franco, the forward-marching aggressor throughout the fight, outworked Ioka in every round but didn’t outland the decorated champ in every round due to the Japanese fighter’s ability to block punches while on the backfoot. Franco threw 1,412 punches but only connected on 14.3% according to CompuBox stats, which credited Ioka with landing 26.9% of the 797 punches he threw (including 96 body shots).

Gray and Mulcahey agreed, although Mulcahey noted that the fight was legitimately close.

“I thought Franco edged the fight against Ioka, but not as clearly as others are stating (lots of talk about a robbery) on Twitter and such,” said Mulcahey. “While Franco was more active, I saw Ioka blocking a lot and his sense of distance kept him in counter distance where he did some good work. In a close fight like this I do give the judges – who have the best view in the house – the benefit of the doubt. No Japanese judges were involved, either. The draw was not the worst outcome in my opinion, but again, I had Franco winning by a round, maybe two maximum. I’m with Anson, Franco moves to No. 3 and Ioka remains just above him.”

RING RATINGS UPDATE (as of January 7):

Welterweight – Ennis remains at No. 3.

“Rashidi Ellis surprisingly lost to streaking Roiman Villa over 12 rounds by majority decision,” said Wainwright. “Villa is in the 11-15 range.”

Added Mulcahey: “In the long run Boots’ win over Chukhadzhian will be a positive. He will work on cutting off the ring. Chukhadzhian’s game plan was to limit Boots with his feet and angles instead of creating his own opportunities for a victory. Agree, no movement for Boots. Rashidi is another matter, and all credit to Villa for sticking it out and coming back in the championship rounds of a fight where no title was on the line (LOL). Villa makes waves and gets on the edges of the top 10.”

Lightweight – Davis remains at No. 2.

Junior lightweight – Garcia remains at No. 2.

Junior bantamweight – Ioka remains at No. 2. Franco advances to No. 3.

Flyweight – Jackson Chauke exits the rankings after dropping a 12-round split decision to Phumelele Cafu. Seigo Yuri Akui (17-2-1, 11 KOs) re-enters at No. 10.

Strawweight – Masataka Taniguchi drops to No. 9 after being stopped in the second round by Melvin Jerusalem, who enters at No. 3 (and wins the WBO belt). Daniel Valladares remains at No. 6 and Ginjiro Shigeoka remains at No. 8 after their IBF title bout ended in a third-round technical draw.

Email Fischer at [email protected]. Follow him on Twitter and IG at @dougiefischer, and join him, Tom Loeffler, Coach Schwartz and friends via Tom’s or Doug’s IG Live most Sundays.