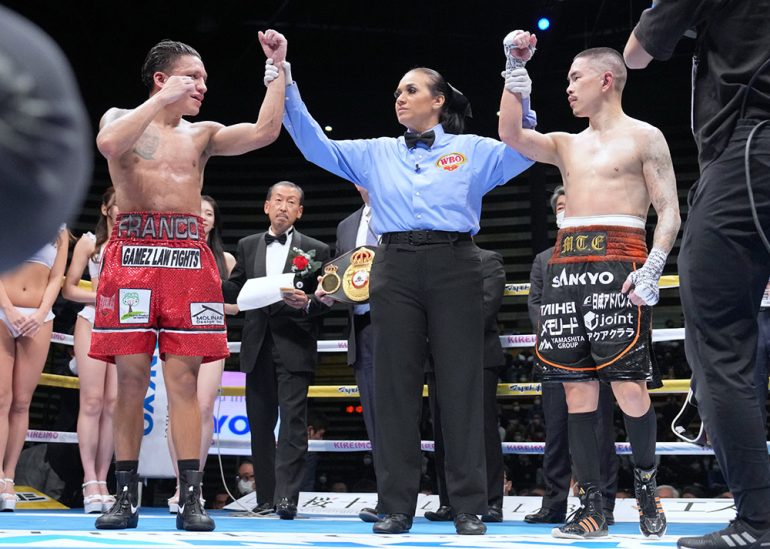 The final world title bout of 2022 was an entertaining crossroads match between 115-pound beltholders Kazuto Ioka, the respected hometown veteran, and Joshua Franco, the up-and-comer from San Antonio, Texas. The  fast-paced 12-round bout came to an unsatisfying conclusion for the visiting fighter, as Franco had to settle for a majority draw (115-113, 114-114, 114-114) on News Year’s Eve at the Ota-City General Gymnasium in Tokyo.

The one winning scorecard (from veteran official Stanley Christodoulou) was tallied for Franco (18-1-3, 8 KOs), who was the aggressor throughout the fight and appeared to outwork Ioka (29-2-1, 15 KOs) in the majority of rounds, especially during the first half of the bout. 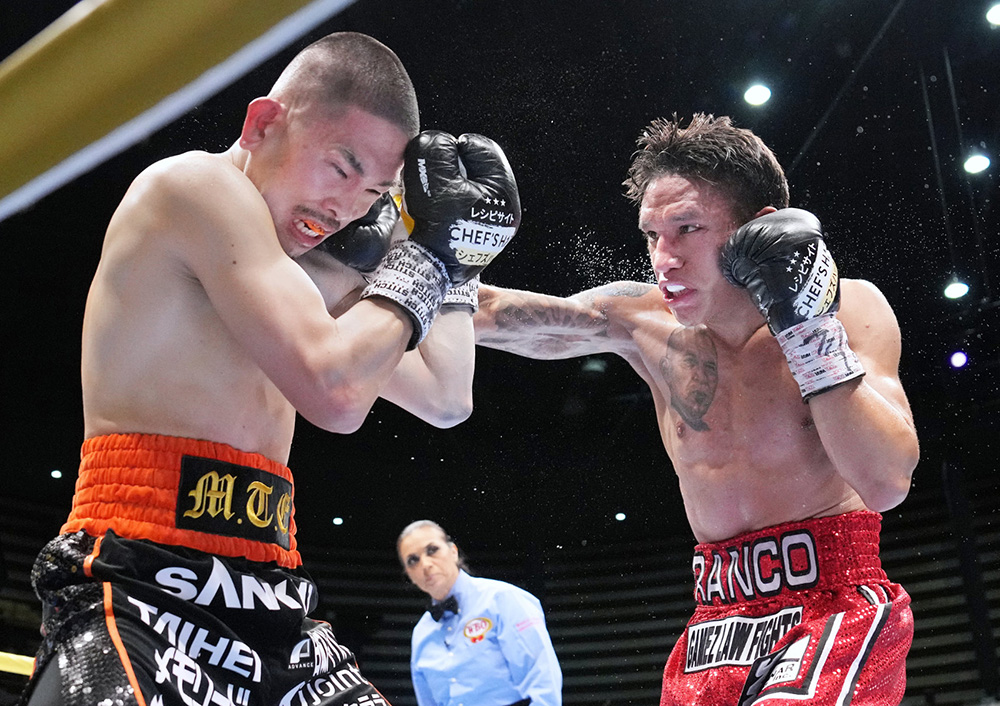 Ioka was content to punch on the fly and was often forced to the ropes but the 33-year-old Tokyo resident was able to sneak right hands through Franco’s high guard and consistently targeted the Texan’s body with accurate left hooks. However, even when Ioka attempted to stand his ground and exchange — as he did during the late rounds — he was unable to hurt or discourage the younger titleholder, who remained the busier and physically stronger of the two.

Ioka, who has held world titles at strawweight, junior flyweight and flyweight, retained his WBO 115-pound belt for the fifth time. Franco, who is coming off three consecutive bouts with top contender Andrew Moloney as well as 16 months of inactivity, retained his WBA strap. 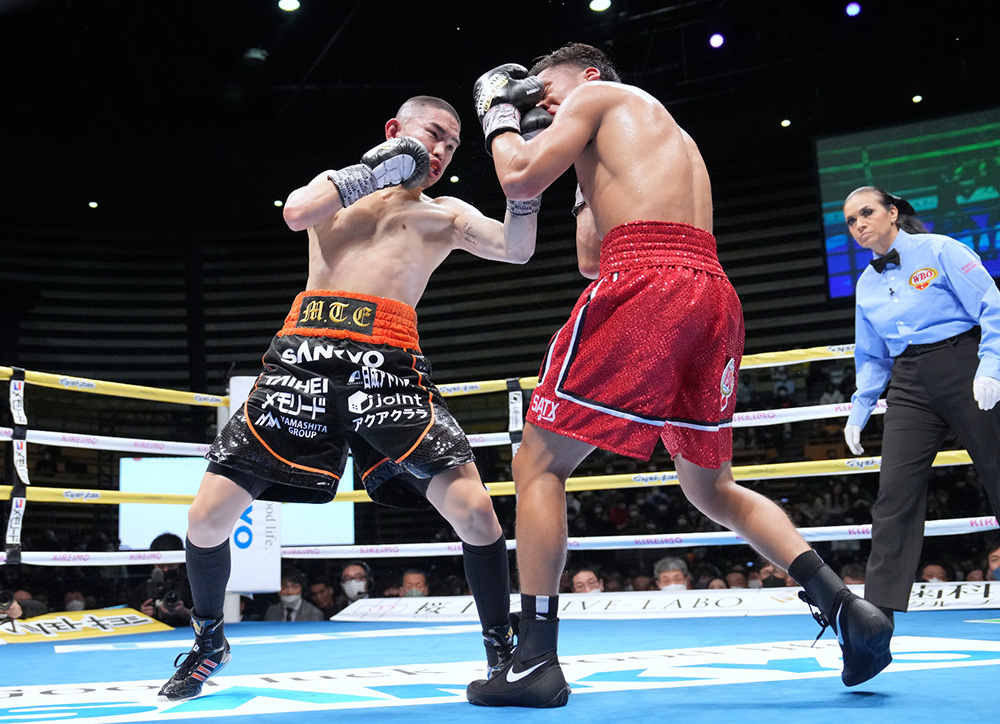 Ioka is currently The Ring’s No. 2-rated junior bantamweight, Franco is not far behind at No. 5, although it’s possible the 27-year-old technician’s performance will merit a move up in the rankings once members of the Ring Ratings Panel watch replays of the fight, which was not streamed or broadcast outside of Japan.

(This writer watched it via an Instagram Live hosted by Mikey Garcia, the younger brother of Franco’s trainer, Robert Garcia. Thanks Mikey! There may be a more in-depth report to follow if one of RingTV.com’s contributors watches a replay of the fight and is so moved to pen one.)

Email Fischer at [email protected] Follow him on Twitter and IG at @dougiefischer, and join him, Tom Loeffler, Coach Schwartz and friends via Tom’s or Doug’s IG Live most Sundays.