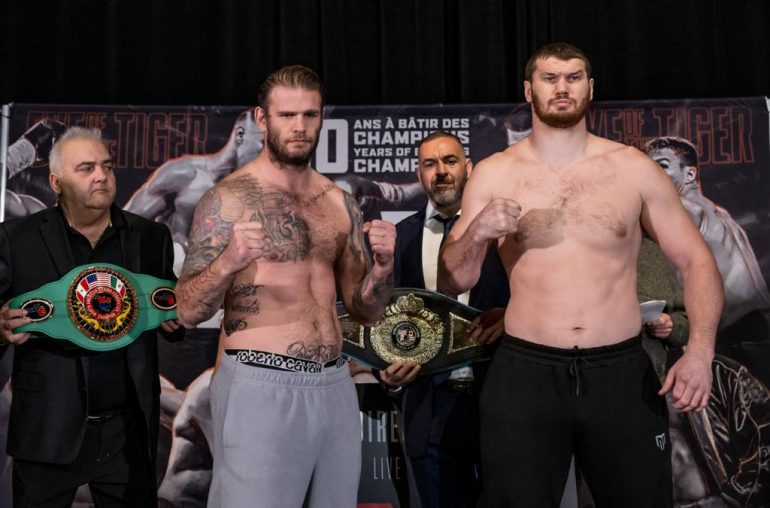 Rising super heavyweight Arslanbek Makhmudov and his opponent Michael Wallisch were both in excellent condition and were respectful at their weigh in on Thursday ahead of tomorrow’s 10-round scheduled contest at the at the Centre Gervais Auto in Shawinigan, Quebec, Canada. 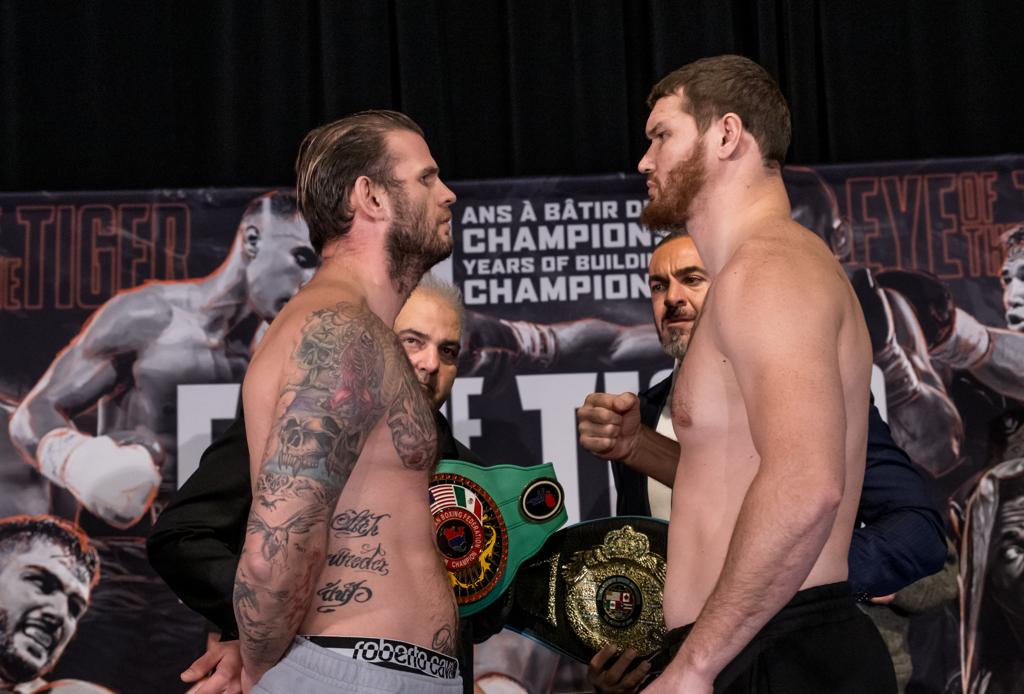 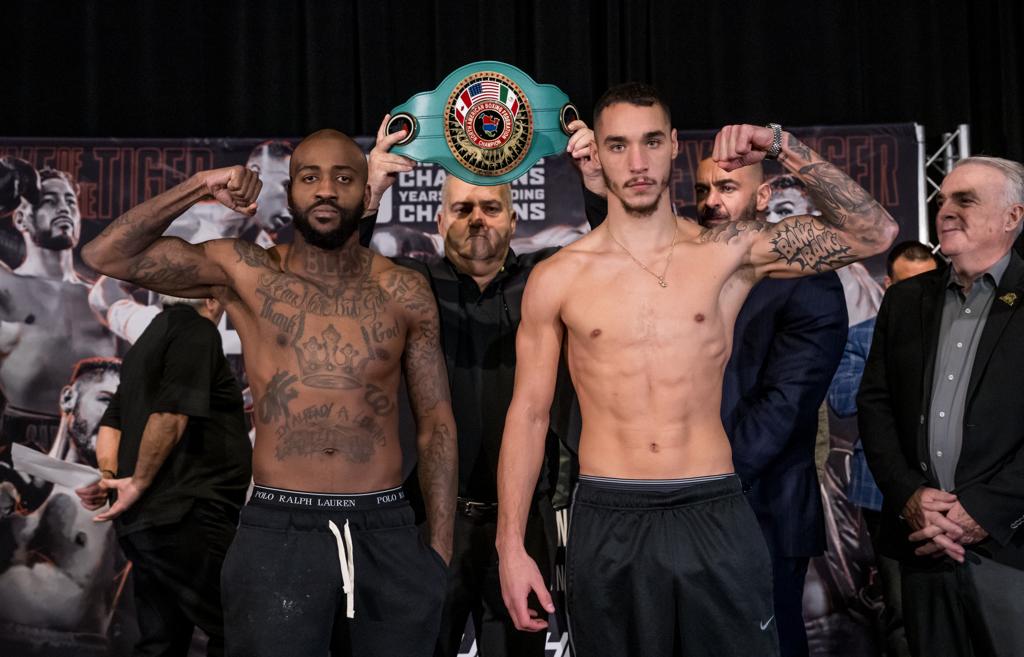 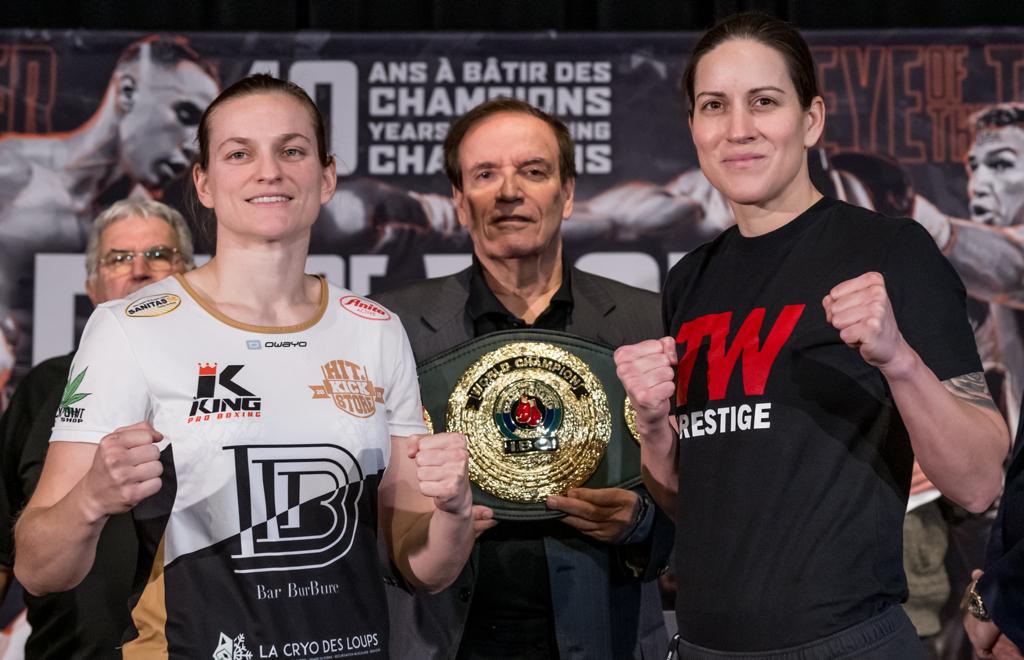 Makhmudov-Wallisch will headline the Eye of the Tiger event on ESPN+ in the U.S. at 8 p.m. ET/ 5 p.m. PT., and the card will also be broadcast live on punchinggrace.com.