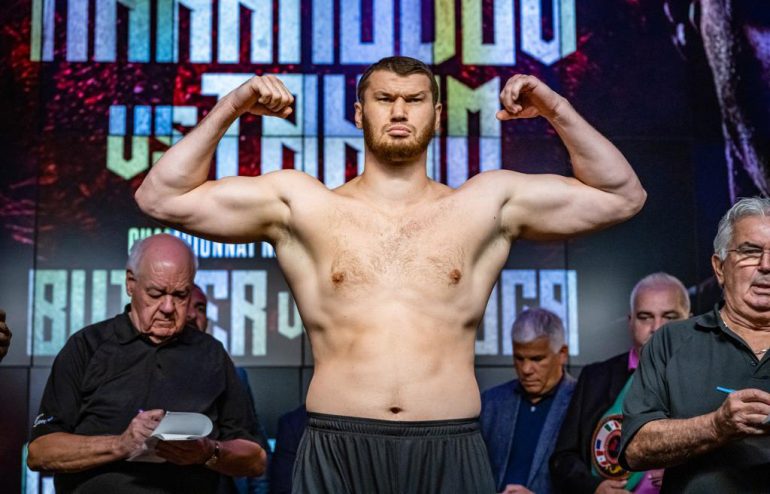 Rising heavyweight Arslanbek Makhmudov will look to close out his 2022 campaign when he faces seasoned veteran Michael Wallisch at the Centre Gervais Auto in Shawinigan, Canada, on Friday.

Makhmudov-Wallisch will headline the Eye of the Tiger event on ESPN+ in the U.S. at 8 p.m. ET/ 5 p.m. PT., and the card will also be broadcast live on punchinggrace.com.

“My opponent changed [from Raphael Akpejiori] one month before the fight and I got this guy, Wallisch,” Makhmudov (15-0, 14 knockouts) told The Ring. “I saw a couple of his fights and he’s a good guy, tall guy, with experience, has a long reach. He has not bad technique. He fought with many top guys. 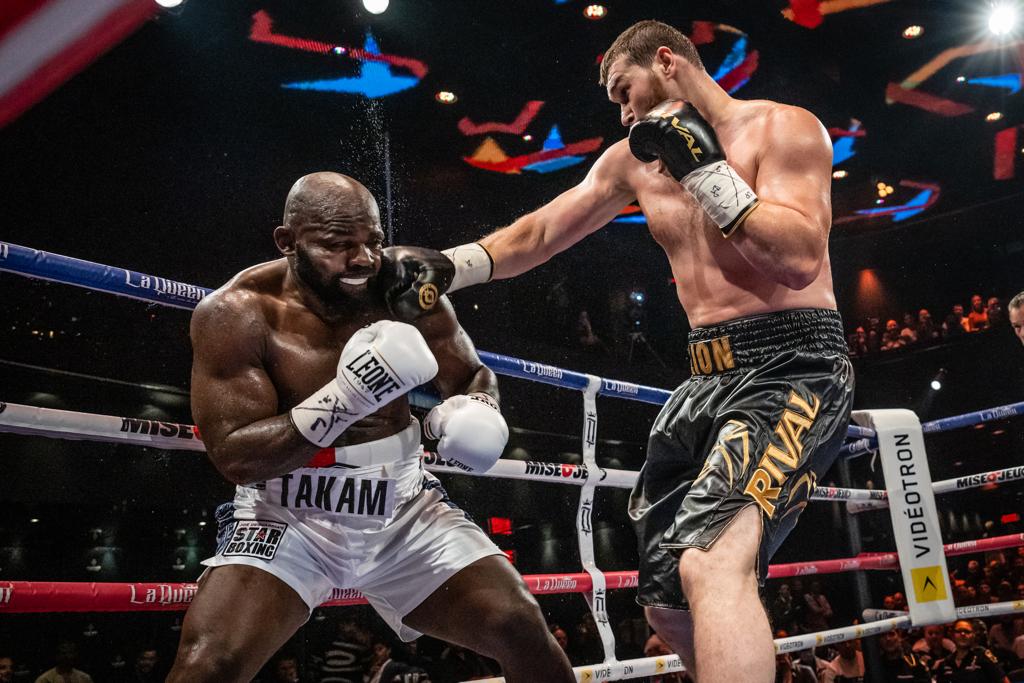 Makhmudov overcame his toughest challenge to date by outpointing Carlos Takam in September 2022 — the only one of the Russian’s fights to go the distance thus far. (Photo by Vincent Ethier)

“Every fight gives you experience; every fight helps you to improve if you do it the right way,” he explained. “Mariusz Wach did that, and Carlos Takam has a difficult style for me.

Indeed, Makhmudov was pushed in particular by Takam in what was the most challenging outing of his professional career so far.

“I did 10 rounds [against Takam]. I never [fought] 10 rounds before, and this was important to know how I felt after 10 rounds, and I felt very good.”

“It was a very good fight. I didn’t expect him to be in such good shape, with his age. I was surprised,” he said of the savvy veteran, who has notably shared the ring with Alexander Povetkin, Joseph Parker, Anthony Joshua and Joe Joyce. “I dropped him a couple of times and was surprised how well he recovered, like it was nothing.

“It was not my best shape, because I had just two months to prepare for this fight. Before, I had not [fought for] half a year. I didn’t train enough. I traveled to Russia to visit my parents. But it was good experience.”

Makhmudov intends to put a marker down for against his German opponent and push for world honors next year.

“I do everything for the win. If I have chance to finish him, I do that,” he said. “My career will go up and I am happy about that. I will do everything to reach my goal and fight for a world title. It will be soon. We go step by step; we don’t rush. We have time.”

Makhmudov’s promoter, Camille Estephan of Eye of the Tiger Management, says it has been tough to find suitable opponents to face his fighter.

“Top fighters find Arslanbek to be VERY high risk for low reward,” said Estephan. “Basically, that’s where we’re at, although we have offered more than generous terms to many, many fighters.

“It is our intention to keep him active and force the big names or top 15 [ranked] boxers to fight him through popular demand of federation mandatories.”

Wallisch (23-5, 16 KOs) turned professional in 2010. The German won his first 19 contests before tasting defeat against compatriot Christian Hammer (TKO 5). The 37-year-old has since fallen into the role of a journeyman and has lost to Efe Ajagba (TKO 2), Tony Yoka (TKO 3), Joe Joyce (TKO 3) and Murat Gassiev (TKO 4).