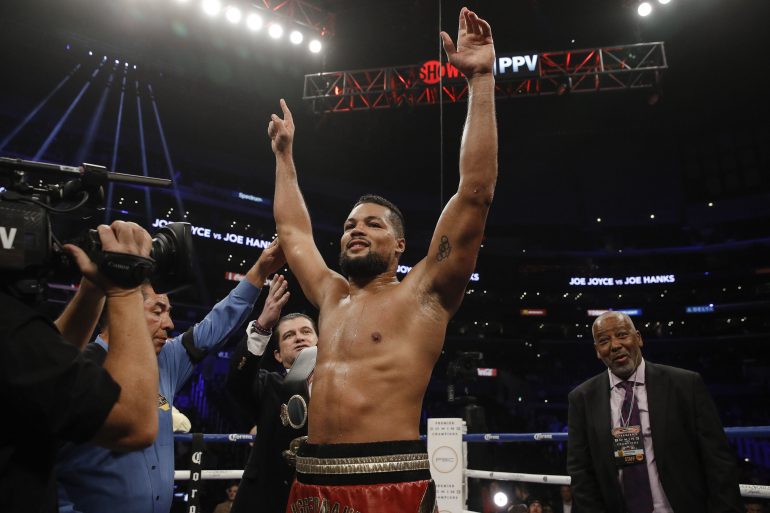 The big British heavyweight showdown between Daniel Dubois and Joe Joyce remains on course after Joyce fulfilled his part of the bargain in London on Saturday.

Joyce and Dubois agreed to warmup bouts before their October 24 fight and Joyce thumped his way to a third-round win over Germany’s Michael Wallisch at the BT Sport Studios. Joyce, 34, who had weighed in at a career high of 270 pounds, was far too much for Wallisch to handle, moving from body to head ruthlessly.

However, in the opening session Wallisch must have thought it was Christmas as he landed frequently with right hands. The shots may have bounced off Joyce, but it is a concern with the heavier handed Dubois on the horizon. Joyce heeded the warning and began to warm up late on in the opening session. This momentum carried on to the second with his body attacks negating anything Wallisch had to offer. The 34-year-old visitor, who has been stopped by Tony Yoka and Efe Ejagba in the last 15 months, felt his lively right hand fall by the wayside as Joyce began his pummeling tactics backed up by a jab that looked as though it was thumping the door of someone who owed him money. The fight looked done and dusted when a right to the body followed by a cuffing blow to the head put Wallisch down with 30 seconds remaining. Alas he survived.

“The Juggernaut” went head hunting in the third looking to finish the job and that he did. Resembling a man trying to cut down a tree Joyce chopped Wallisch down with only 20 seconds gone. The German fighter beat the count but he was now at Joyce’s mercy. The punishment continued and the Olympic silver medalist finished off with a looping right hand and a left to the body that forced referee Ian John Lewis to stop the contest. Joyce now moves to 11-0 (10 KOs). 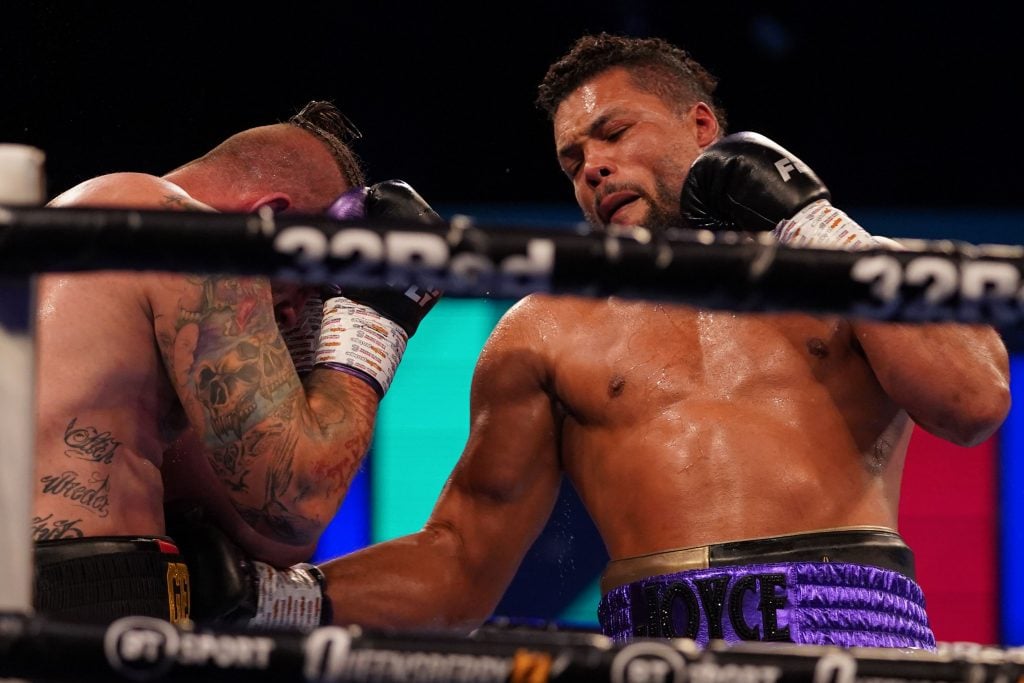 “I didn’t get a long training camp, but it was a good step to get ready for Dubois,” Joyce said afterwards.

“I’m a bit portly round the middle. It’s tough being in quarantine. You can’t do as much training as you would like and it’s good to get back in the gym again.”

Dubois also gave his thoughts on the performance, saying, “He got the job done. It was a decent performance. The guy looked like he was ready to quit after the first round. He dismantled him pretty good.”

“I’m coming for you,” Joyce responded. “I’ll be watching your fight closely.”

Now it’s the turn of Dubois, on August 29 against Erik Pfeifer, to ensure that this eagerly anticipated heavyweight clash takes place.