Born on this day: Henry Armstrong 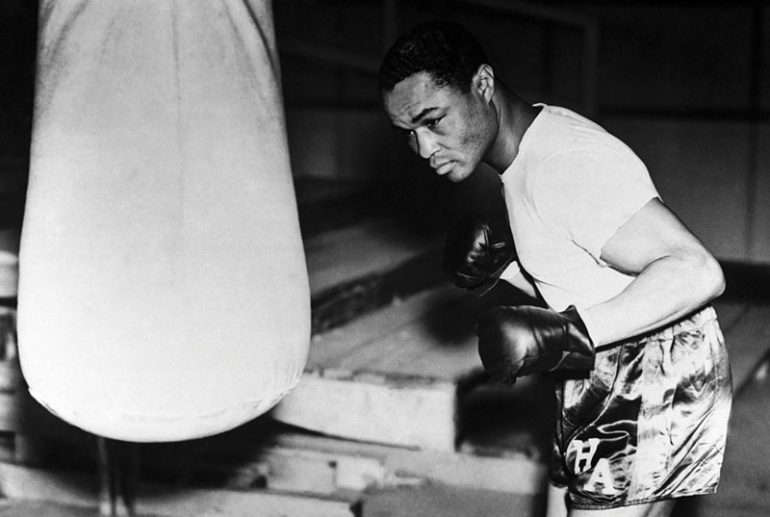 The great Henry Armstrong used to work way more rounds on the heavy bag than he did rounds of sparring, and he was celebrated for being indefatigable in a prize fight.
12
Dec
by Diego Morilla

If you know him for being the only man to hold three belts simultaneously, you only know half of his amazing story. The great Henry Armstrong was born on a day like today, 110 years ago.

Armstrong was born as Henry Jackson Jr. on December 12, 1912 in Columbus, Mississippi. His father was Black and his mother was Native American. While working odd jobs as a teen to support his family, he came across a loose page of a newspaper with news of Cuba’s Kid Chocolate making thousands of dollars for a title defense, and instantly became inspired to follow on his footsteps.

His road to the top was never easy. He made his debut as a professional fighter with a loss against Al Iovino in 1931 and went on to a 1-4 record during his first year as a pro. It was only then that his career really took off.

Fighting at a neck-breaking pace, Armstrong engaged in some 90 fights in five years until he challenged and defeated Petey Sarron for the Ring featherweight championship in New York’s Madison Square Garden in 1937 – and that was just the start.

Fifteen fights and less than a year later, Armstrong began one of the most extraordinary streaks in boxing history. He lifted the Ring welterweight title from Barney Ross in May, came back down to lightweight to defeat Lou Ambers in August for the Ring title in that division, and then moved on to make an astonishing 19 defenses of his welterweight belt (a record that still stands today) while still holding his lightweight and featherweight championships as well during part of that reign.

During that welterweight reign, he defended his title three times during one month (May 1939) and FOUR times during another month (October 1939), a feat that may never be surpassed.

He lost his lightweight belt to Ambers earlier in 1939, however, and he would later unsuccessfully challenge Ceferino Garcia (a man he had defeated as a welterweight) for the middleweight belt, with the fight ending in a disputed draw.

His extraordinary championship run came to an end in 1940 with back-to-back losses to Fritzie Zivic with the welterweight belt at stake. Armstrong would fight almost 50 more fights before calling it quits.

Since then, his name resurfaces every time a list of the Top 5 boxers of all time is compiled, with many observers (including this writer) placing him at No. 2 only behind the great Sugar Ray Robinson.

After his days in the ring were over, he became a club owner and a Baptist minister.

Armstrong retired in 1945 with a record of 152 wins, 21 losses and 9 draws, with 101 stoppage wins.  He was inducted into the International Boxing Hall of Fame in the inaugural class of 1990.