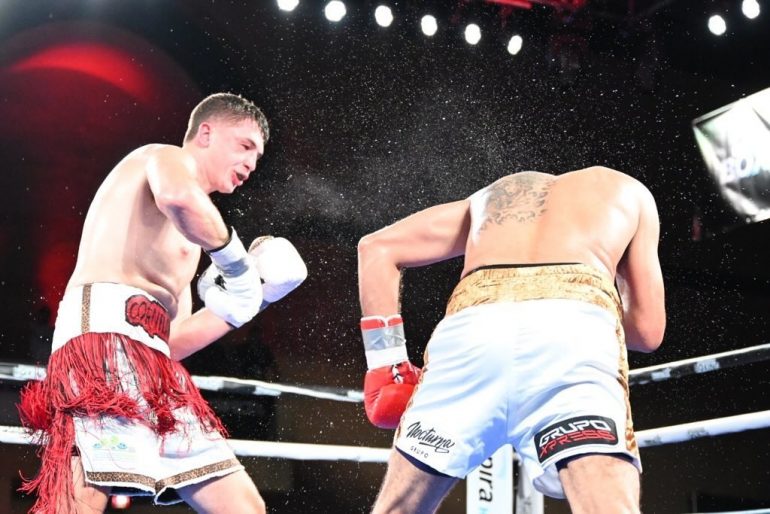 Thomas “Cornflake” LaManna will headline a boxing card in Atlantic City, N.J. on December 17 when he faces Salim Larbi in a ten-round bout at The Showboat Hotel.

In addition to headlining, LaManna (33-5-1, 13 knockouts) will also promote the card under his Rising Star Promotions banner.

The 31-year-old LaManna is hoping to extend his winning streak to three, following his first round knockout loss to Erislandy Lara in May of 2021. Since then, LaManna has battled back from depression, which caused him to balloon to 240 pounds, to return back to the middleweight division.

“I’m just glad to be back in general, especially when I thought it was all over for me. Salim is [an] experienced veteran but I feel I’m on another level,” said LaManna of Millville, N.J. in a statement.

Larbi (22-11-3, 8 KOs) of Rahway, N.J. by way of Cambrai, France will be fighting for the first time in over a year. In his last outing, the 35-year-old Larbi fought to a draw with Nicolas Hernandez in Harrisburg, Pa. His biggest opportunity came in 2012, when he was stopped in seven rounds by Lukas Konecny for the interim WBO junior middleweight belt.

Larbi had been scheduled to face Alex Perez on a card earlier this month before Perez withdrew.

Larbi’s trainer Carlos Solano believes his fighter has a real shot at leaving with the win.

“I believe people are counting my guy out due to a couple of robberies in his record,” said Solano, who trains Larbi in Perth Amboy, N.J.

“Those doubters who are sleeping on Salim or not giving him a chance because they don’t know who he is will be in for a big surprise. He’s a workaholic. Salim has nothing to lose. He loves his back against the wall, he’s been there before.”

In the co-featured bout, Albanian heavyweight Kristian Prenga (12-1, 12 KOs) will face an opponent to be named in an eight round bout.

Prenga of Orosh, Albania, stands 6’5” and weighed 256 pounds in his last bout, a second round blowout of overmatched Miami resident Alvin Davie on the last Rising Star Promotions card on Nov. 12.

In other action, DeCarlo Perez (19-6-1, 6 KOs) of Atlantic City will face Nadim Salloum (9-1, 4 KOs) of Brooklyn by way of Lebanon in an eight-round super middleweight bout.