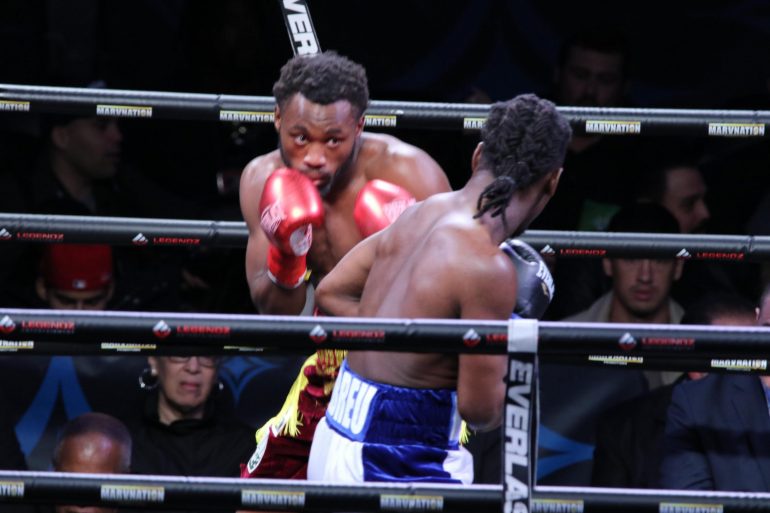 The 25-year-old Conwell, a 2016 U.S. Olympian, had a decent opening round until the final moments when Conwell suffered a nasty cut above his left eye. Replays showed the cut occurred from an accidental clash of heads.

Conwell would spend the next round or two finding a rhythm, while pawing at the blood that would stream out of the cut. By the third round, Conwell began landing the more-telling punches, throwing and landing two and three-punch combinations to Abreu’s head and body.

Abreu was game, finding success in spots. He was effective at smothering Conwell’s offense and connecting with a variety of punches.

By the sixth round, Conwell swung momentum in his favor. Midway through the sixth round, he landed a right cross flush to the chin that momentarily shook Abreu. To his credit, Abreu threw punches back after regaining his composure.

Abreu was having a decent seventh round, but a left hook to the body from Conwell stopped him in his tracks. Abreu winced after the punch landed, and Conwell followed up with a right to the head. Before Conwell could throw more, the bell sounded to end the round.

Despite Abreu connecting, Conwell was the more-effective fighter during the last couple of rounds.

Conwell got rounds in, having stopped six of his previous seven opponents. Conwell thought he could’ve done better against Abreu.

“He’s a tough competitor,” said Conwell after the fight. “I don’t know about two of the judges’ scorecards. I thought I won at least eight of the rounds. I hurt him a couple of times during the fight.

“I give myself a C+. I’m looking to fight some of the ex-world champions. Someone like Danny Garcia.”

Abreu, who resides in La Romana in the Dominican Republic, drops to 25-7-1, 23 KOs. He has won four of his previous five bouts.