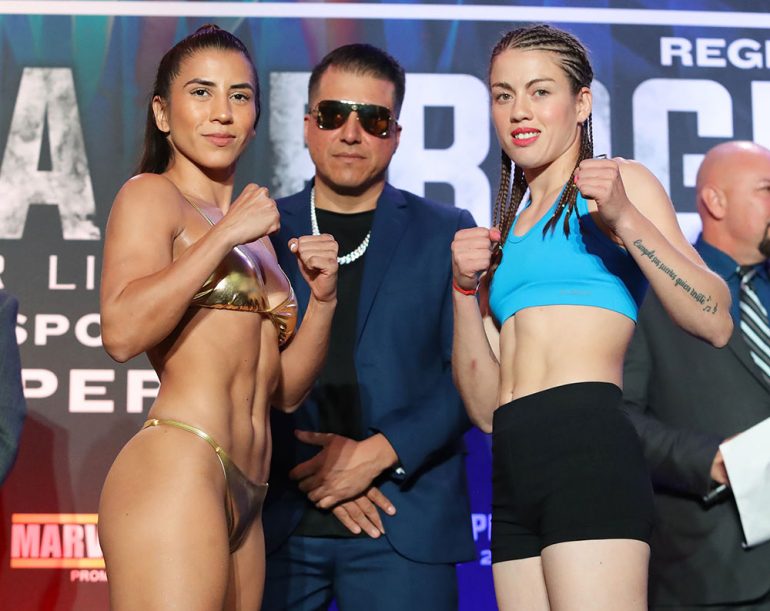 Yokasta Valle is in the prime of her career and wants the toughest challenges. So much so that she is moving up in weight to face one of the best fighters at 108 pounds.

Valle will take on Evelyn Bermudez tonight at Dignity Health Sports Park in Carson, California. The 10-round bout will precede the highly anticipated junior welterweight clash between Regis Prograis and Jose Zepeda, who will be fighting for the vacant WBC title.

Valle (26-2, 9 knockouts), who is ranked No. 2 by The Ring at 105 pounds, last fought on September 8, defeating Thi Thu Nhi Nguyen of Vietnam by unanimous decision. With the win, Valle successfully defended her IBF strawweight title and won Nguyen’s WBO belt. 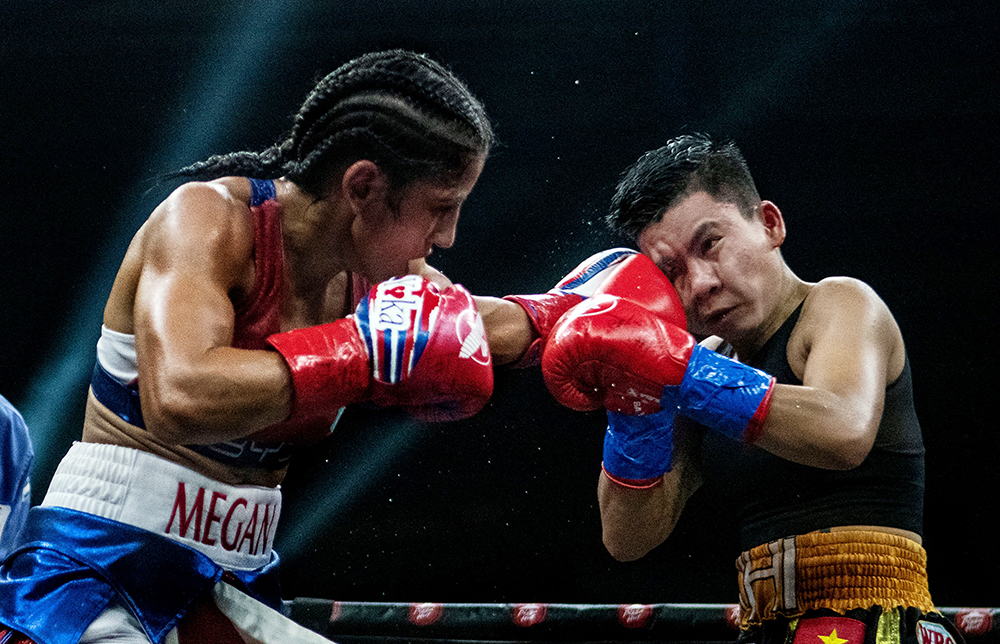 For tonight’s fight, Valle will be challenging Bermudez for her IBF and WBO junior flyweight titles. Bermudez (17-0-1, 6 KOs) resides in Rosario, Argentina, and is ranked No. 2 by The Ring at 108 pounds.

The 30-year-old Valle was eyeing another unification bout against the other titleholders at 105 pounds but couldn’t get Seniesa Estrada or Tina Rupprecht in the ring, so she moved forward.

“I want to fight the best,” Valle told The Ring Friday evening. “I want to be undisputed. When Tina (WBC titleholder) and Seniesa (WBA titleholder) were not available, my team and I made the decision to move up in weight and challenge Evelyn for her world title belts. I have to fight. (Promoter) Marv Rodriguez presented this fight to me.

“This is the type of fight I want. It is champion versus champion. I want to give the fans these types of fights.” 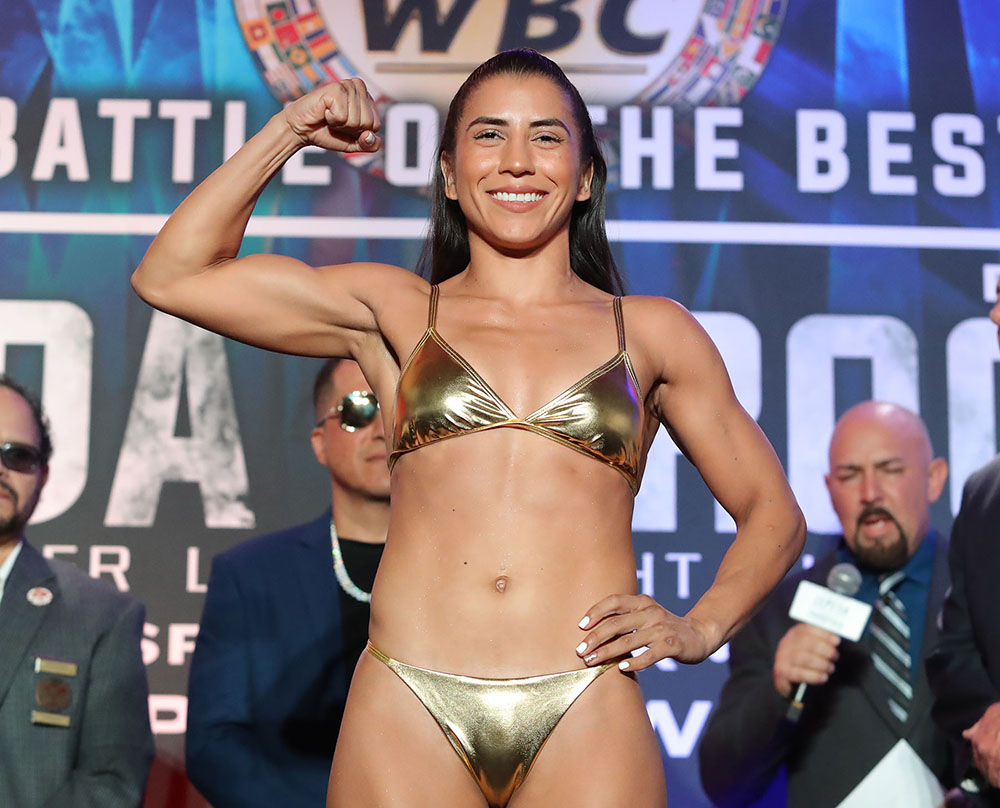 Valle is making the jump to junior flyweight to face Bermudez. (Photo by Tom Hogan/Hoganphotos)

Valle says she has benefited from working with new trainer Gloria Alvarado.

“I study film a lot, but Gloria and I develop a game plan for the fight,” said Valle, who now trains in the Los Angeles area. “We work really well together, particularly identifying strengths from opponents we face and neutralizing them. For example, Gloria told me Nguyen threw a lot of lead right crosses. What did we do? We took that away from Nguyen. She rarely threw lead right crosses in the fight. We have sparring partners mimic what our opponents will do. The hard work we put in the gym in return makes things look easy in the ring.”

Valle is originally from Nicaragua but migrated to San Jose, Costa Rica. In a soccer-crazed country, Valle has managed to make boxing an attraction and not so much a spectacle.

It took a while for the people to catch on, but her fights are huge events throughout Costa Rica. Venues sell out, including the Nguyen fight, and Valle says that boxing is beginning to become popular with young females in the country. 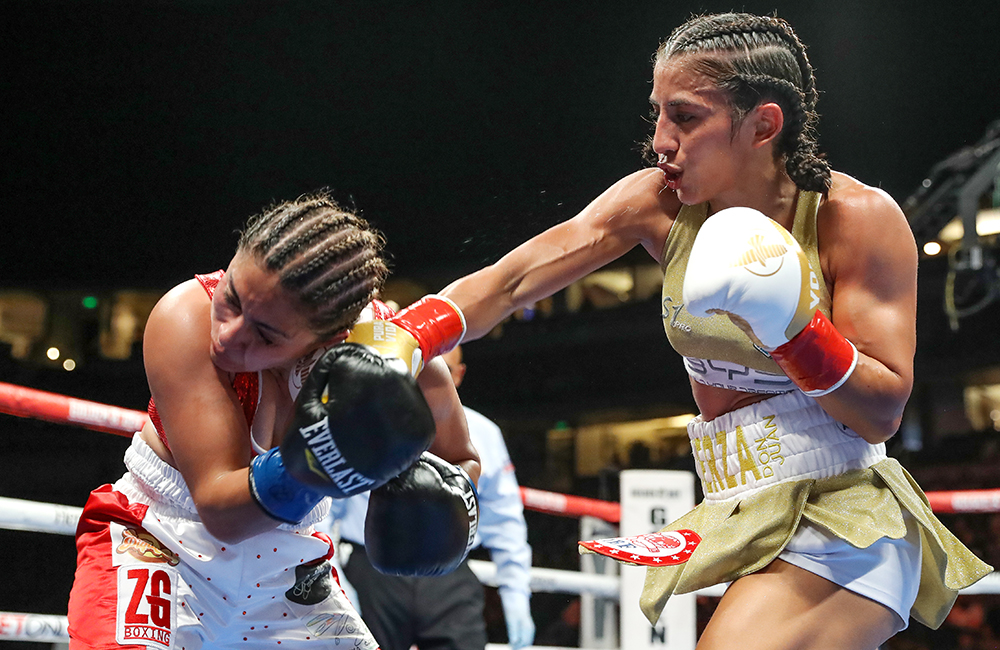 “Soccer is king in Costa Rica,” said Valle. “People were barely made aware of the sport when I first started fighting there. It was a huge sacrifice for me because I had very few sponsors back then. The sport then began to change the landscape of the country. Now that I’m a champion, boxing has grown. I’m treated well as a person and as a fighter. What makes it very gratifying is that young girls have become interested in the sport. Girls in schools want to become the next Yokasta Valle. They want to be ‘Yoka.’ It motivates me to continue being a positive influence in their lives.”

Valle has come a long way from her last defeat, which was at the hands of Tina Rupprecht, who holds the WBC title, in June 2018. She has since won her last 13 fights and is looking to ride that momentum towards increasingly significant fights. She hopes to be mentioned among the best in boxing.

“It has not been easy. We work hard and sacrifice. [Tonight] will mark my fifth fight in 11 months. I won world titles and I make it a must to defend against the best fighters possible.

“I hope to continue winning and being mentioned amongst the greats, like (Claressa) Shields, Katie Taylor and Amanda Serrano. It gives me great motivation to be mentioned among them. If I’m compared to them, it’s an honor, and I fight with hunger and motivation. I want to be there and I believe I can get there.”