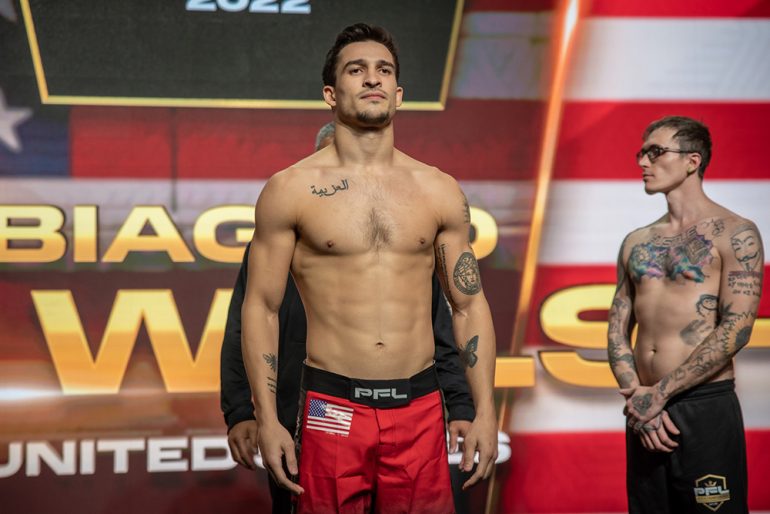 When you’re the grandson of “The Greatest,” it’s assumed that you are going to eventually find your way into a gym with a pair of boxing gloves on. But that pressure was never put on Biaggio Ali Walsh when he and his brother, Nico, would visit Muhammad Ali.

And that was the thing … Ali wasn’t an internationally beloved icon to them. He was the cool grandpa who did magic tricks and drew pictures as they watched movies together. As the brothers grew older, though, they started to realize that the former heavyweight champion wasn’t like the other grandfathers.

“When I was in third grade, I did a project on him and nobody in the class knew who I was or anything like that,” said Biaggio. “But I did a project on him so I could get to know my grandfather a lot more. I knew he was not like the other grandpas. He was a huge icon and a huge inspiration and impact on people’s lives, so at a young age I kind of had an idea, but over the years, as I started to get older, I started to really realize who he was and what kind of an impact he made.”

Now 24, the son of Robert Walsh and Rasheda Ali is more than aware of his grandfather and what he meant to the world during his 74 years here. To say Ali set a bar that may never be reached in boxing, sports and international life could be an understatement, so just imagine what it would be like to be a grandson entering the same line of work he did. 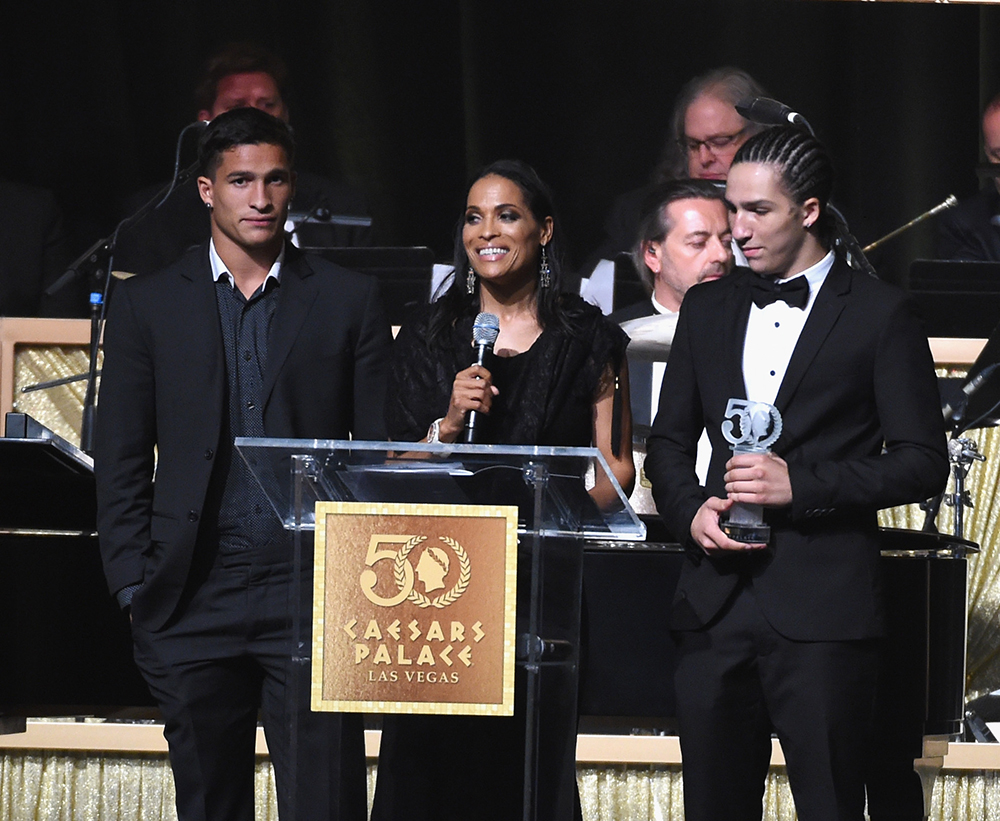 Rasheda Ali-Walsh flanked by her sons, Biaggio (left) and Nico, as she accepts a Caesars Palace Icon Award for her father, the late Muhammad Ali, in 2016. (Photo by Ethan Miller/Getty Images for Caesars Palace)

“I didn’t feel what he felt,” Biaggio told Sports Illustrated in 2017 about early days in the boxing gym with Nico when they were kids. He was an athlete, though, and he enjoyed performing in the spotlight. A star running back for Bishop Gorman High School, as well as a model who appeared in Vogue Italia, among other outlets, getting punched in the face wasn’t on his priority list, but even then, his name painted a neon target on his back.

“I knew that was gonna be a part of life in any field that I’m in,” he said. “If I was playing tennis, they would want to beat me just because of who I’m related to. So in anything that I do, I’m gonna get the best out of anybody who’s gonna try to compete with me. I’m used to it. I was born with that type of pressure, and I just like to normalize things in order to deal with it.”

Ali Walsh went on to play football in college, but after that was over, he was 21 and without a firm idea of what was next. He began working as an assistant strength and conditioning coach at a facility in Las Vegas, but he knew he was still young enough to be a participant and not a spectator.

“In anything that I do, I’m gonna get the best out of anybody who’s gonna try to compete with me. I’m used to it.”

“The fighters and the athletes that I worked with, a lot of them were at Xtreme Couture that I already knew,” said Ali Walsh of the gym that’s home to some of mixed martial arts’ top competitors. “So I was watching them train as athletes, and I was a coach and I just thought to myself, ‘Why am I coaching? I’m still young. I could do this, too. I miss being the athlete.’”

A buddy of his told him to take a kickboxing class. That was it. He started to feel for MMA what Nico felt for boxing.

On Friday, Ali Walsh was in the Hulu Theater in Madison Square Garden when he won his third amateur MMA fight, over Tom Graesser; it’s the same building where his grandfather and his brother fought. He’s still getting his feet wet in the sport, but he’s evolving with each passing fight, and he’s loving the process.

Would his grandfather appreciate the sport if he was still here?

“I think he would have been a big fan, honestly,” Ali Walsh said. “There’s a lot of very, very talented fighters and entertaining trash talkers, and I think that he would really like the sport.”

Some would say that Ali was a pioneer of MMA, thanks to his 1976 bout with Japanese pro wrestling icon Antonio Inoki. And one of his daughters, Hana, married UFC veteran Kevin Casey, so there’s another family connection. Ali Walsh is happy to take all that information in for his own journey. Sure, there will be skeptics, just like there are as Nico rises up the ranks in boxing, but as the world gets to know them, fans will want to root for them, as they are genuinely two of the classiest young men you will run into in the combat sports business.

That’s a testament to the job their parents did in raising them, along with plenty of love and good advice from someone who they had to share with the world. Biaggio laughs when I ask how they felt about that and explains that despite Ali being the most recognizable man on Earth, when they were together, he was just grandpa.

“With the Parkinson’s, it was harder for him to communicate, but in the mornings, when he would take his medication, he would be very communicative,” he said. “He would talk almost as if he didn’t even have Parkinson’s. So we took advantage of that in the mornings. We would sit down and talk with him and that was how we spent our time with him.

“But as a young kid, I looked at him just as my grandfather, and as I got a little bit older, when I would see him I would hold his hand and think to myself, ‘This is the hand that knocked out George Foreman.’ (laughs) So, there was like a little gray area, where it’s like, ‘Oh my God, he’s an icon,’ and then he’s just my grandpa.”