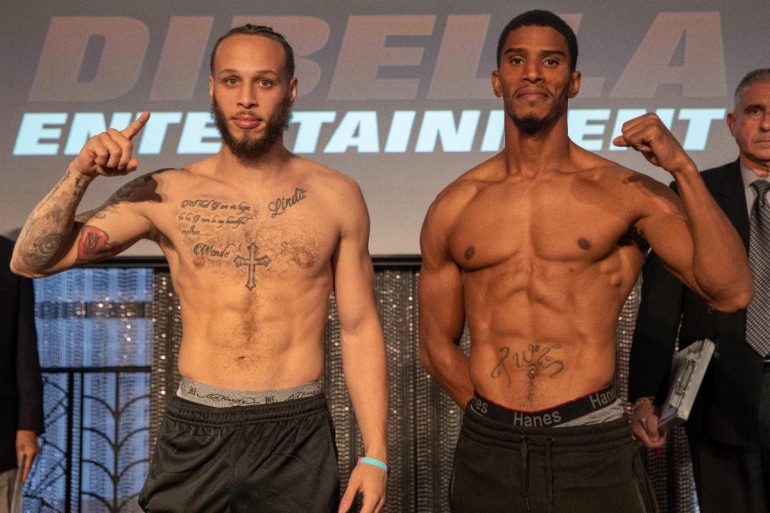 Mykquan Williams is hoping to cap a successful 2023 on his way to junior welterweight contention.

Williams will face Clarence Booth tonight at Edison Ballroom in New York City. The 10-round bout will headline a six-bout Broadway Boxing card that will stream live on Fite.tv ($19.99, 7 p.m. ET/ 4 p.m. PT).

The 24-year-old Williams (18-0-1, 8 knockouts), who resides in East Hartford, Connecticut, last fought on August 13, defeating Saul Corral of Mexico by unanimous decision. The victory over Corral took place over four months after Williams stopped Tyrone Luckey after the fifth round.

Promoter Lou DiBella is high on Williams and believes great things await the unbeaten prospect so long as he defeats Booth and takes advantage of opportunities that come his way.

“Williams is very talented,” DiBella told The Ring Sunday evening. “Injuries and a car accident have slowed him up. Clarence Booth is a pro and the kind of guy (Williams) needs to beat to prove that he’s earned the next level.”

Booth (21-5, 13 KOs), who resides in Saint Petersburg, Florida, lost by split decision to Michael Dutchover in his last bout on May 20. The loss, which was a quarterfinal bout of the ProBox TV Last Chance tournament, snapped a six-fight winning streak for Booth.

In the co-feature, unbeaten heavyweight Stephen Shaw will square off against Rydell Booker in an eight-round bout.

Shaw (17-0, 13 KOs), a resident of Saint Louis, Missouri, annihilated Bernardo Marquez in his last bout on July 15, dropping him three times en route to a first round knockout victory. Shaw 30-year-old has stopped seven of his last eight opponents.

The 30-year-old is co-promoted by DiBella and Top Rank.

“Shaw is one of the top heavyweights in all of boxing,” said DiBella. “He and (Jared) Anderson are the class of up-and-coming Americans. He is getting better and better and I’m expecting him to look sharp on Tuesday.”

Booker (26-6-1, 13 KOs), who resides in Detroit, Michigan, lost to heavyweight contender Otto Wallin in his last bout on May 26. The 41-year-old is winless in his last five bouts.

“[Tonight] is significant in being the first Broadway Boxing [card] in New York City since the pandemic. It’s literally the return of Broadway Boxing to Broadway. Tickets are still available.”

Juan Carlos Carrillo (8-0, 6 KOs), who resides in Barranquilla, Colombia, will square off against New York City’s Matthew Tinker (8-1, 6 KOs) in an eight-round bout.

In a clash of unbeaten heavyweights, Michael Pirotton (6-0, 3 KOs) of Belgium will face Canada’s Sukhchann Sahota (2-0, 1 KO) in a six-round bout.

Heavyweight Fernely Feliz Jr. (3-0, 3 KOs) of Bethel, Connecticut, will square off against Cameron Graham (2-1, 2 KOs) of Greenville, Florida, in a four-round bout.