Mateusz Masternak finally on verge of title shot vs. Whateley 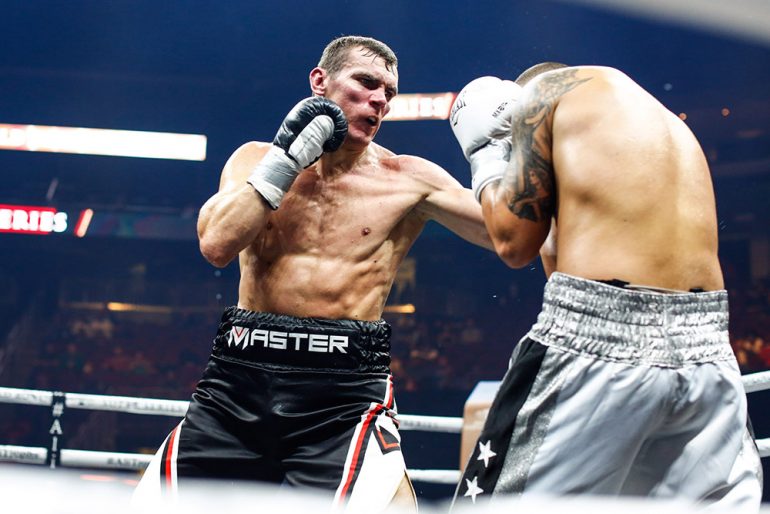 Masternak, who is rated No. 8 by The Ring at 200 pounds and has been fighting as a pro since 2006, knows this might be his first and last opportunity to earn a world title shot.

“I have come a long way to get my opportunity, and when I win on Saturday, I’ll be the mandatory challenger for [Jai] Opetaia,” Masternak (46-5, 31 knockouts) told The Ring. “The fight is very important for me, as it can be my last chance.”

The 35-year-old former European champion is respectful of what Whateley brings to the table and knows what he has to do to emerge victorious.

“[Whateley is] very tall (6-foot-5) for a cruiserweight and can make use of it. He has a very good jab,” said Masternak. “I also have some skills, experience, and I want to dictate my pace, look for opportunities to get inside and land some clean shots on his body and chin. Like Joe Frazier said, ‘Kill the body and the head will die.’ Who knows? Maybe this will be my tactic.”

Masternak, who has trained at home in Wroclaw under the watchful eye of former European super middleweight titlist Piotr Wilczewski, has waited patiently for a year to see this fight to come to fruition.

“The negotiations were long. A few fighters turned down offers from IBF, but Jason was ready and I’m happy,” he said. “I’ve been in training all the year, so I’m in great shape and ready. I had this kind of layoffs in the past, and when I returned, I was fresher and better.”

His promoter, Andrew Wasilewski of KnockOut Promotions, was keen to expand on the issues they had.

“The problem was nobody wanted to face Mateusz in the final eliminator, so we had to wait,” explained Wasileski. “Fortunately, Jason Whateley accepted the fight and we’re happy. We were able to convince him to fight Mateusz in Poland. It’s a big fight in our country.”

“I might be 35, but I feel much younger, I’m still hungry and have this fire in my heart,” said Masternak. “I had a few hard fights in my career, but nobody was able to beat me badly, so I’m still fresh.

“Opetaia is young, fast, he’s a southpaw and proved he’s one of the best in the division, but I think my style can be awkward. I’m experienced and difficult to beat, so I’m optimistic about [the] Opetaia fight.”

Wasileski hopes his fighter can add his name to the rich history his country has with the cruiserweight division.

“We had great champions in the cruiserweight division in Poland in the past, including Krzysztof ‘Diablo’ Włodarczyk, Tomasz Adamek and Krzysztof Głowacki,” said the promoter. “I hope Mateusz will be the next Polish champion. But step by step … He has to beat Whateley first.”

Whateley (10-0, 9 knockouts) represented Australia at the 2016 Olympics and won silver at the 2018 Commonwealth Games. After turning professional in 2018, he won national and IBF regional titles. The 31-year-old hasn’t beaten anyone of note and Masternak is a serious step up in class.