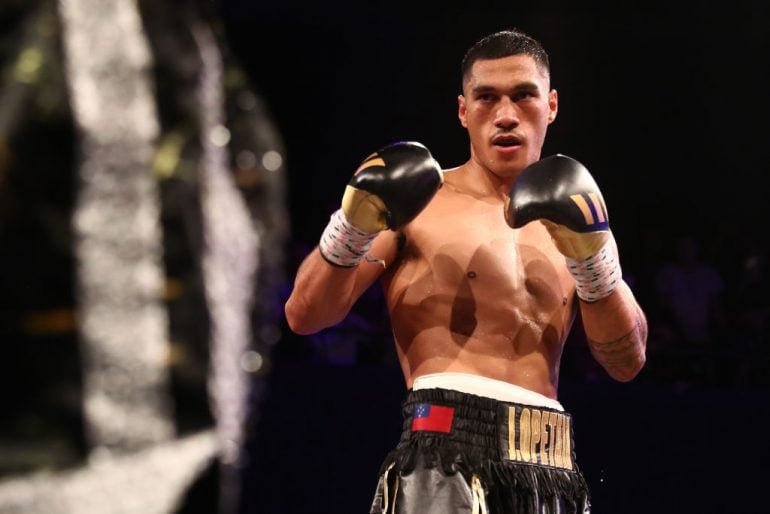 Australian southpaw Jai Opetaia scored a terrific 12-round unanimous decision win over veteran Mairis Briedis and claimed the Ring and IBF cruiserweight titles at the Gold Coast Convention Centre in Queensland, Australia, on Saturday. The official scores were 116-112, 116-112 and 115-113.

The unbeaten Opetaia (22-0, 17 KOs) had to survive a torrid late rally from the champion, but he’d banked enough rounds to score one of the most memorable wins in recent Australian boxing history.

Briedis was cut over the right eye in Round 1 and it was unclear what had caused that injury. The champion also started slowly but began to let his hands go more in the second and had some success up in down.

The action was tight in the first three rounds although Opetaia was a touch more impressive with his work and sharper. Briedis was still struggling with his opponent’s lefty stance, speed and footwork in the early stages.

And things were about to get worse.

The challenger dominated the fourth with frequent straight lefts, then a brilliant right uppercut hurt Briedis in the closing seconds of the round. That shot burst the Latvian’s nose across his face.

Given that Opetaia had never mixed at this level, his performance was excellent. At the midway point he layered his game with some terrific work to the body, controlled distance and popped Briedis with some eye catching counterpunching.

Briedis (28-2, 20 KOs) landed a couple of effective rights in Round 7, but Opetaia soaked them up and won the remainder of the session. The blood was now streaming from the champion’s nose and this now a serious uphill struggle.

It was difficult to score rounds for Briedis. He did land blows of his own, but the success was so sporadic and there was so much coming back, that he always seemed to be a couple of steps behind. Opetaia was the one operating like a champion

Then there was a change in the script.

Opetaia was nailed with a couple of big rights at the end of the 10th, then Briedis hurt him badly with a right uppercut in the 11th. That success was compounded with another huge right and suddenly the challenger was in trouble.

The home fighter’s defense was leaky in the championship rounds and the vastly more experienced Briedis took advantage. The impressive thing was that Opetaia survived although he suffered a serious jaw injury in the 11th and was all but holding on in the 12th.

All Opetaia could offer during his post-fight interview was a roar of celebration due to what appeared to be a badly broken jaw.