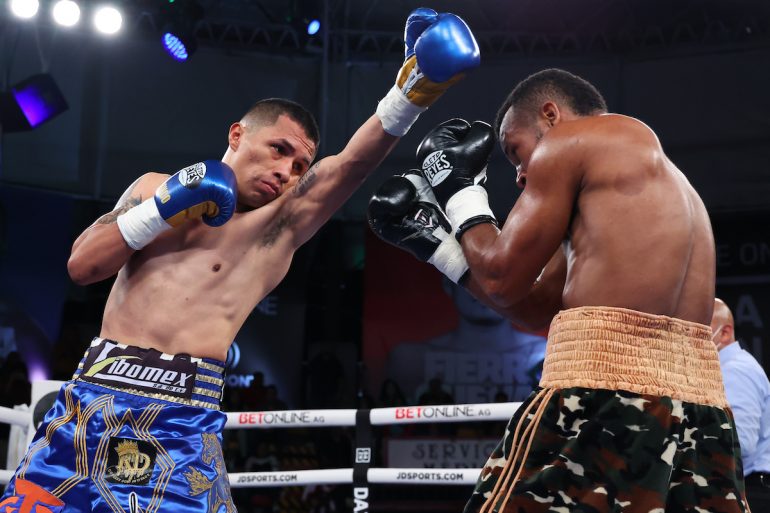 Mauricio Lara wasted no time in getting rid of the game but overmatched Jose Sanmartin, dropping him twice in round 3 to score a stoppage in that same round on Saturday at Plaza de Toros in Lara’s hometown of Mexico City, Mexico.

The referee waived the featherweight bout off at the 1:36 mark, with Lara (25-2-1, 18 knockouts) getting the statement victory he was seeking.

The 24-year-old known as “Bronco” made sure it’d be a rough night for the Colombian contender Sanmartin (33-6-1, 21 KOs), landing early and often in the DAZN-broadcasted main event.

The inevitable occurred early in round 3, when an overhand right from Lara caught him between shots with an overhand, putting him down for a count. Lara rushed back out to finish the fight, dropping Sanmartin with a left hook to force an immediate stoppage.

“That’s what we came to do and it happened quicker than we thought,” said Lara, who is rated no. 4 by The Ring.

The win helped keep Lara in the spotlight after his planned showdown with British contender Leigh Wood, which was scheduled for September, was canceled due to a bicep injury suffered by Wood.

Another possible target for Lara is IBF featherweight titleholder Josh Warrington, who rebounded from a ninth round stoppage to Lara and an unsatisfying technical draw in 2021 to regain a world title with a seventh round stoppage against Kiko Martinez in March.

“With Warrington it’s become something very personal. And for Wood, he doesn’t have the right to call himself a champion,” said Lara, who claims Wood had faked an injury to avoid their fight.

Angel Fierro (20-1-2, 16 KOs) made a statement against the tough, but outgunned Jeremy Cuevas (14-2, 10 KOs), stopping the Philadelphian with a brutal mid-ring barrage in round 7 of their lightweight bout. The time of stoppage was 53 seconds, with the 24-year-old Fierro landing approximately 30 unanswered punches against the wobbled southpaw Cuevas, 26, to force the referee’s intervention.

Fierro of San Diego by way of Tijuana, Mexico entered the bout needing an impressive victory after a majority draw against former titleholder Juan Carlos Burgos this past March dulled some of the luster from his 2021 upset knockout over another ex-champion, Alberto Machado. 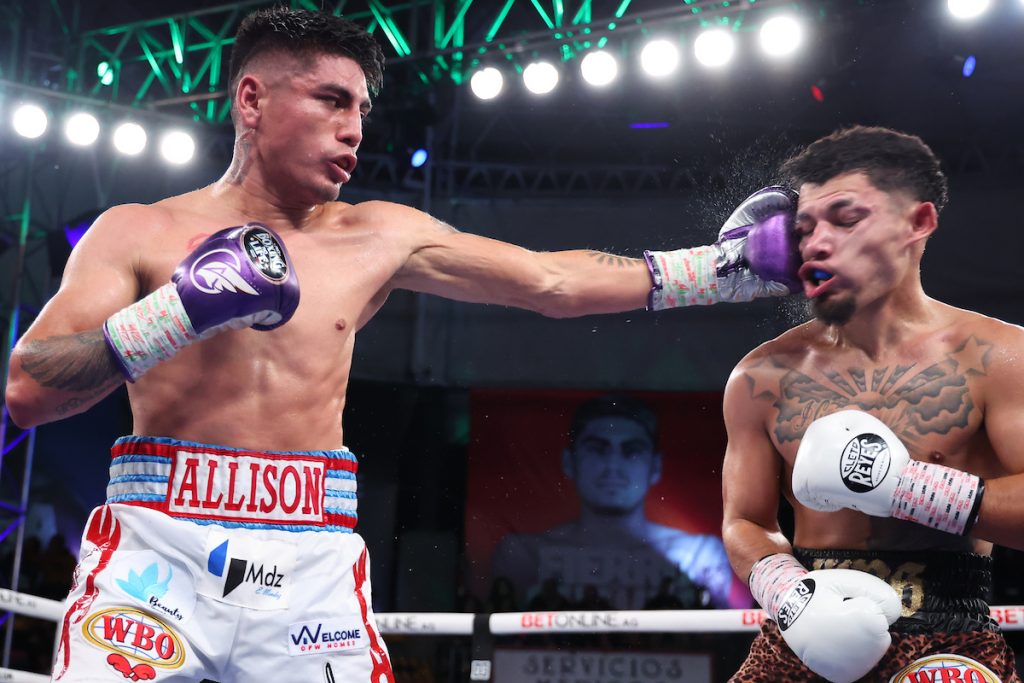 Cuevas had the right idea in round one, using his movement and boxing to nullify the aggressive Fierro, but his Philly fighting spirit quickly took over, getting him into exchanges that he didn’t need to be in.

Fierro hurt Cuevas near the end of the sixth, and jumped on him early in the seventh round to set up the technical knockout.

Reshat Mati (13-0, 7 KOs) received a serious challenge from Eduardo Leonel Rodriguez (10-3-1, 5 KOs), but had enough in the tank to win a unanimous decision in the ten-round junior welterweight bout. Scores were 97-93 on all three cards in favor of the 24-year-old New Yorker known as “The Albanian Bear.” 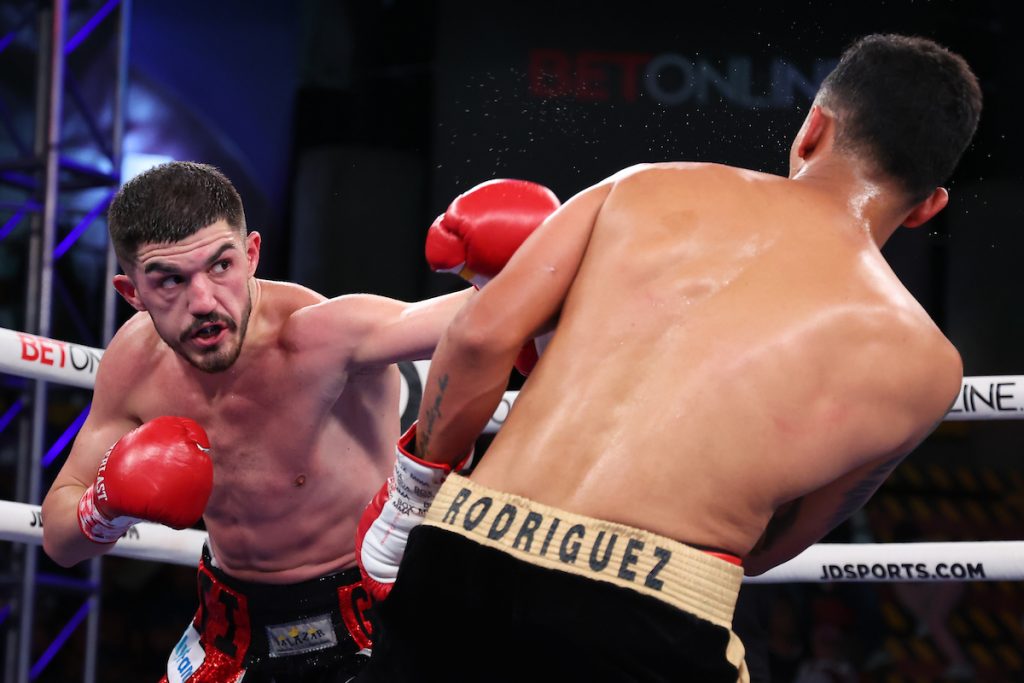 The 5’10” Mati of Staten Island controlled most of the action with his superior boxing skills, but the altitude in Mexico City began to wear on him, allowing Rodriguez (10-3-1, 5 KOs) to close the gap. Rodriguez hurt Mati in the sixth with a body shot, and later on with an uppercut, but recovered enough to use his counterpunching to dissuade Rodriguez from taking any chances in the final round.