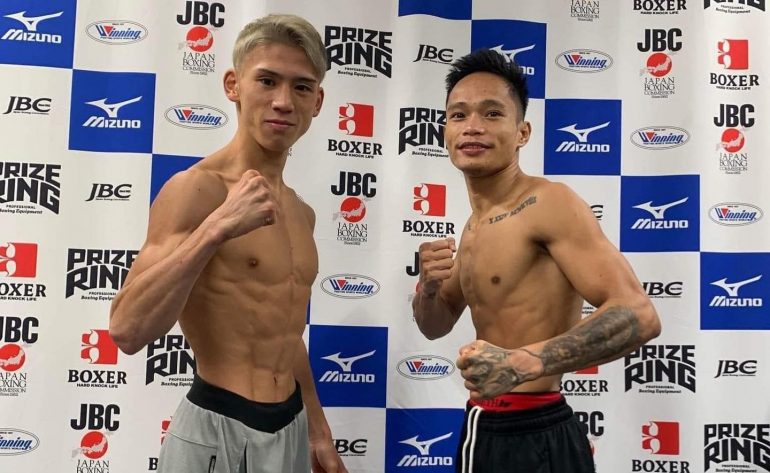 Domingo (17-2, 9 knockouts) scored knockdowns in the second, third and fifth rounds before the referee stopped the eight-round flyweight fight after Iimura (3-1, 1 KO) was wobbled by another left hook. The win was a much needed rebound for the 23-year-old from Lebak, Sultan Kudarat, Philippines, after he lost a decision this past May to Nhlanhla Tyirha in South Africa which Domingo’s team felt they deserved.

“The key to win was to get good timing, and to execute the left hook and right straight,” said Michael Domingo, the trainer and uncle of Domingo, and himself a former bantamweight contender.

Domingo is managed by Zip Sanman, a company which is composed of the General Santos City based Sanman Promotions, which is headed by Jim Claude Manangquil, and the Cebu-based Zip Boxing, which features a number of former ALA stable boxers like Jeo Santisima and KJ Cataraja.

“We’re looking for a bigger fight next,” said Manangquil.

“It was a crucial fight for him. He couldn’t afford to lose two in a row. But we were confident and he stepped up big time.”

The card, which was promoted by Yukio Sebata, was headlined by Seiya Tsutsumi (7-0-2, 6 KOs) stopping Kenshin Oshima (7-3-1, 3 KOs) in the ninth round to win the Japanese bantamweight championship.