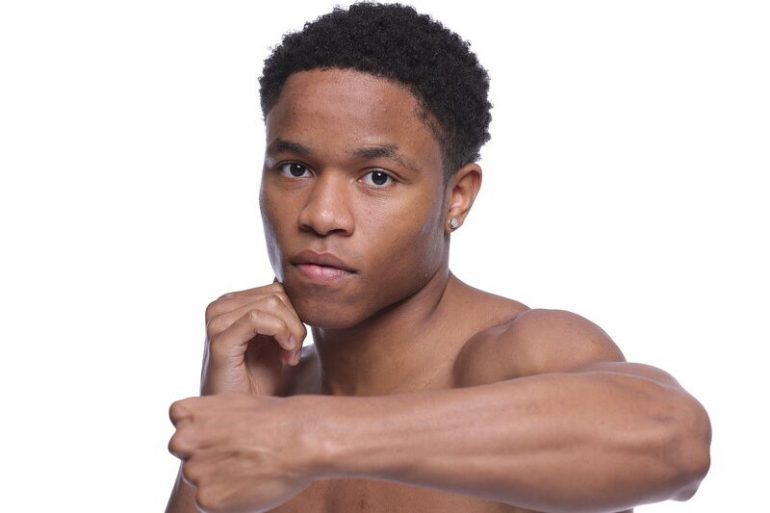 Best night of pro career and why: An associate set up a call for Schofield with boxing royalty ahead of his professional debut.

“I got a phone call from Floyd Mayweather Jr. before the fight – it was Facetime,” Schofield told The Ring. “He wished me the best of luck and that he was going to be watching, and that right there meant everything. That was my first ever conversation with Mayweather.”

And that proved to be just the shot in the arm Schofield needed to knock out Richard Esquibel in the first round of their fight at Osceola Heritage Park in Kissimmee, Florida on October 9, 2020.

“The way I got the knockout, it was set up,” he explained. “It was one of my favorite knockouts. I was so tuned in that night.”

Worst night of pro career and why: The 20-year-old is disappointed with one of his early fights, but feels he learned a valuable lesson in winning a shut-out decision.

“I think it was my sixth fight in Atlanta against Darryl Hayes,” Schofield said. “It wasn’t the greatest camp; stuff wasn’t in order. I didn’t get the knockout. I really felt I could have knocked him out but I didn’t. I was anxious, swinging for the fences, trying to get the knockout.

“That was a performance where I said, ‘I’ve got to get my stuff together and be focused,’ then I started getting knockouts again.”

What’s Next: The youngster will face the vastly more experienced Daniel Rosas (22-5-1, 14 KOs) at Fantasy Springs in Indio, California live on DAZN this Thursday.

The opportunity to headline on his second fight under the Golden Boy banner isn’t wasted on him.

“I’m super-excited and it’s a dream come true,” Schofield said proudly. “I feel like it’s going to be a good fight. I trained hard this camp. I’m just going in to put on a good performance and hopefully get another knockout.”

However, just as he seemed primed for his own world title shot, he lost back-to-back fights. Since then, Rosas’ form has been patchy and he’s moved up in weight. In his last outing, he was stopped by former 130-pound world title challenger Lamont Roach (KO 2).

Why he’s a prospect: Schofield was a successful amateur, winning various titles at youth and junior level before turning professional shortly after his 18th birthday.

He had aspirations of competing in the Olympics but didn’t want to wait until 2024.

Since turning professional, he has enjoyed a high level of sparring with many past and present world champions including Shakur Stevenson, Shawn Porter, Robert Easter Jr., Devin Haney, Adrien Broner and Joseph Diaz.

“He gets the champions ready for their fights,” stated Schofield’s father, Floyd Sr. “Shakur contacted us to go to camp with him to spar ahead of the Jamel Herring fight. And [we got] Devin Haney ready for Kambosos.”

Having sparred multiple rounds with a many of the top 135 pounders, Schofield is well-placed to give an opinion on who he believes is the best.

“Shakur Stevenson,” he said instantly. “It was like trying to box myself – very technical. I had to press the action because he wasn’t. I feel he was also the smartest one out of all of them.”

Overall, the experience of sparring with so many top fighters has been a blessing for Schofield.

“I’m trying to get to their level,” he explained. “They have the belts. You can pick up little things from them. Plus, you never know, I might have to fight them in the future. I had to give it my all to know if I can hang with them and I definitely can.”

While Schofield has several key strengths, he feels one in particular sets him apart.

“I think it’s my ability to out-think somebody,” he said. “Say I come out the first round, I figure what they’re doing, whether I win or lose that first round. The next round, and the rounds after that, I’ve got them figured out. It just comes naturally to me; I’ve always been like that. Alongside my speed, my footwork and power.”

At that point, Schofield’s father was eager to expand on what his son had said: “He has more weapons; he knows the five styles of boxing because he’s been boxing since he was little. Most of these guys only know one or two styles of boxing.”

His father believes this comes from an early grounding in the sport, and discipline.

“He trains three times a day, that’s the way it’s been since he was eight-nine years old,” Schofield Sr. revealed. “He really doesn’t have a regular life. His experience is just get up, training, boxing, go to sleep, up again and train. He never takes time off.”

Schofield’s services were heavily courted before he signed with Golden Boy. Robert Diaz, who is the company’s matchmaker, as well as vice president, is very pleased to be working with what he believes is one of tomorrow’s stars.

“Floyd Schofield is a talented young man that has star potential written all over him,” said Diaz. “He has ring IQ at such a young age. He has speed, skill and pop, and let’s not forget, he is still a baby in boxing terms. He has out of the ring attributes as well and that is due to his fan-friendly style and a connection with the fans.

“October 20th will be his second outing under the Golden boy banner, and I am sure we will keep seeing the hard work he puts in the gym on display in the ring.” 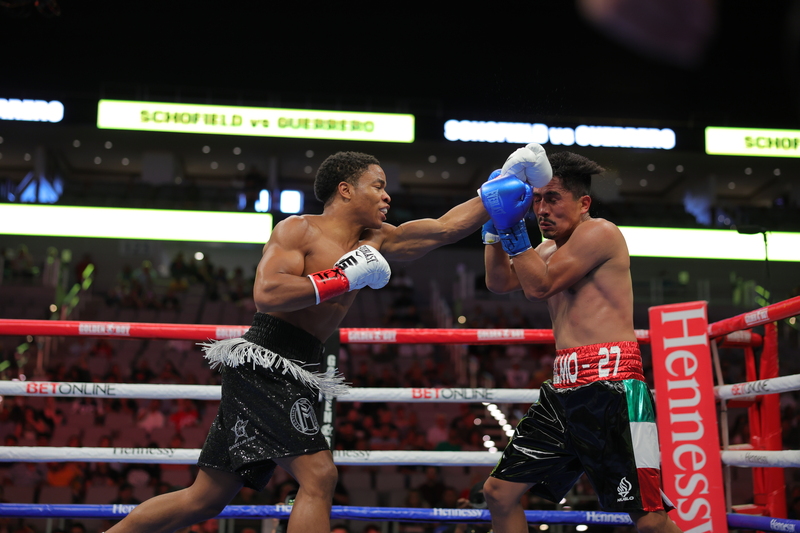 Why he’s a suspect: So far there’s nothing to dislike about Schofield, but it is still early days. He’s gaining experience and ring time and that is all he can do at this point. We have yet to see how he faces up to adversity or how de does when he meets someone who is able to take his punch and match him tactically.

“Honestly, I don’t think [I’m lacking] anything,” Schofield said confidently “Probably just me growing and becoming a man. I’m only 20 years old and growing into my manpower. In a year and a half, two years, I’ll be ready.”

“I don’t think he really has to work on anything because they can’t deal with him now and he doesn’t have his man strength,” said Schofield Sr. “I watched him be the first one to buckle Devin Haney. He doesn’t get touched. Devin probably landed four punches in the rounds they sparred. They can’t hit him.”

“All he needs now is the experience that will come in the next two to three years before you see a jump into the top [end] in his division.”

Time will tell, but it might be wise to temper those extremely high aspirations to guard against overconfidence.

Storylines: Schofield was born in Jersey City but moved to Atlanta when he was two years old. His father had gained custody of him and they eventually settled in Texas.

“My dad had to go through it,” recalled Schofield, who took up boxing at eight years old. “We were poor, we were homeless, and boxing was our outlet, so we focused on that. We had to buckle down and get ready for the ride. We had to go out and beg for money. We asked people for money to get to these tournaments and it paid off.”

The Texas resident considers himself a student of the game and Sugar Ray Robinson is his favorite fighter.

“He was the first boxer I studied,” said the young prospect. “He was the greatest boxer of all time.”

Schofield hopes to one day make his own mark in the sport.

“I’m going to get to three or four times undisputed champion and retire – my name will be in the record books forever.” he said.

Away from boxing, Schofield has a few interests.

“I like playing video games and being in the house,” he said. “I am a ladies’ man (laughs), no kids. I love food.”