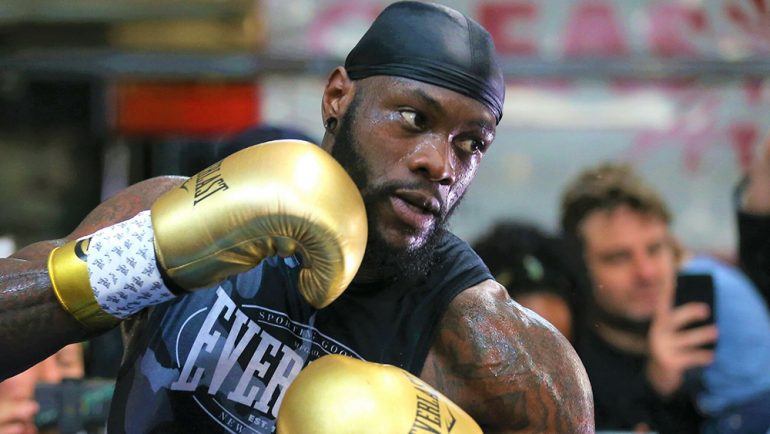 Deontay Wilder just seems calmer. On Saturday night at Barclays Center, in Brooklyn, New York, the former WBC heavyweight titlist will be fighting the first time since his 11th-round stoppage loss in October 2021 to then-world heavyweight champion Tyson Fury in their epic third fight that was the universally accepted 2021 Fight of the Year.

The hard-hitting heavyweight from Tuscaloosa, Alabama, is looking to take a step closer to the belt he once held for five years when he takes on Finland’s Robert Helenius (31-3, 20 KOs) in a WBC title eliminator on a FOX Sports PBC Pay-Per-View (9 p.m. ET/ 6 p.m. PT).

Maybe call a tranquil demeanor before an erupting storm, but Wilder has been far more even throughout this promotion than he was during the build-up for the third fight with Fury. His demeanor may also have much to do with whom he’s fighting. Wilder and Helenius have a history together as sparring partners and apparently a great mutual respect for one another.

“Robert is just a great guy, someone I highly respect and I love as a man, as a human being,” Wilder said. “It’s a far different fight than when you have animosity against someone. There can only be one winner. That doesn’t change that fact. But it does make the fight that much more interesting. After you win, you definitely wanna give that guy respect, you want to go over and hug that person, like, ‘Man, thank you so much for sharing your energy with me on this night of the fight.’

“I can see that happening after this fight.”

Helenius, 38, is riding the momentum of beating Adam Kownacki in consecutive fights. Helenius has not fought in over a year, when he stopped Kownacki (20-3, 15 KOs) in six on the Fury-Wilder III undercard in Las Vegas.

“When you have a warrior heart, it’s hard to quit. It’s hard to give in or surrender. And it’s that same way with Robert. You know what I mean? I’m excited to fight him. I’m excited to be able to share the ring with him. It’s gonna be an amazing fight, and I’m definitely not taking him lightly.”

Wilder’s goal is getting another shot at the WBC title and that means fighting Usyk sometime next year.

“I can’t look past (Helenius), he’s going to come to fight,” Wilder said. “I know he’s going to bring his A-plus-plus-plus game. They always do when they fight me. I have to do the same.

“Sparring someone and fighting when it actually counts are two different things. Sparring is more of a practice. If Robert feels that he’s going to be able to match my showmanship, then I have to take his word for it. It will bring more excitement to the fight.”