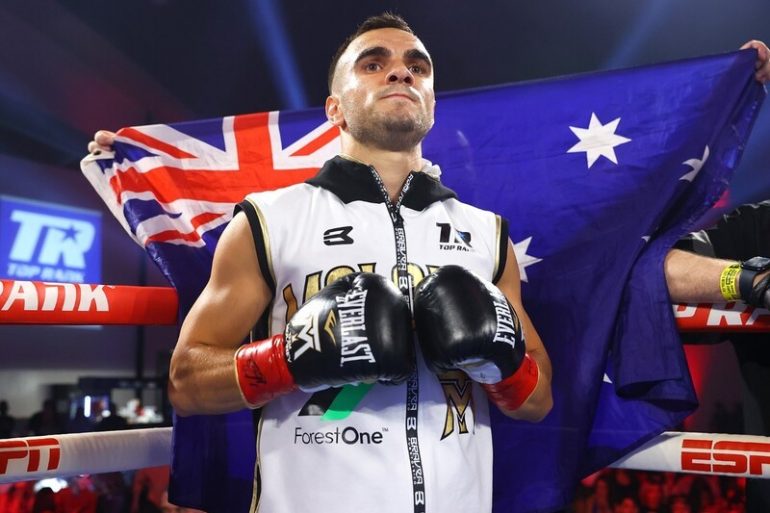 Long-time junior bantamweight contender Andrew Moloney will face two-time world title challenger Norbelto Jimenez in a scheduled 10-round contest on the undercard of the Devin Haney-George Kambosos Jr. rematch at the Rod Laver Arena in Melbourne on Saturday.

Moloney, who is rated No. 10 by The Ring at 115 pounds, twice lost to Joshua Franco. He has bounced back and is on a three-fight winning streak in a talent-laden division.

“I’m very happy that I’ve been able to stay active after my losses to Franco,” Moloney (24-2, 16 knockouts) told The Ring. “I really feel like I’m a completely different and much better fighter since those losses.

“The junior bantamweight division is absolutely stacked right now. I truly believe I can beat every single one of them when I’m at my best and I look forward to showing this on October 16.

“My goal now is to earn myself a shot at one of the world champions as soon as possible and this fight will be a huge step towards that as Jimenez is rated WBO No. 2, WBC No. 3 and WBA No. 9.”

The 31-year-old Australian knows Jimenez is a wily campaigner who can’t be taken lightly.

“I had watched Jimenez quite a few times before this fight was put together and have studied him a lot more since,” Moloney said. “He is a tall, rangy fighter; he is very experienced and looks to be a little awkward at times.

“I’m expecting a tough fight, but this is my chance to show everyone that I learned a lot from my losses and I am now a complete fighter. I want to make a statement in this fight and have people talking about me as one of the very best at junior bantamweight.”

Moloney has also been buoyed by the recent birth of his baby daughter.

“We are in a very exciting time in our life right now,” he said proudly. “My two kids give me all the motivation I need. They remind me to work hard every single day as my career is my way to provide for them. I don’t have a backup plan and boxing is all I really know.” 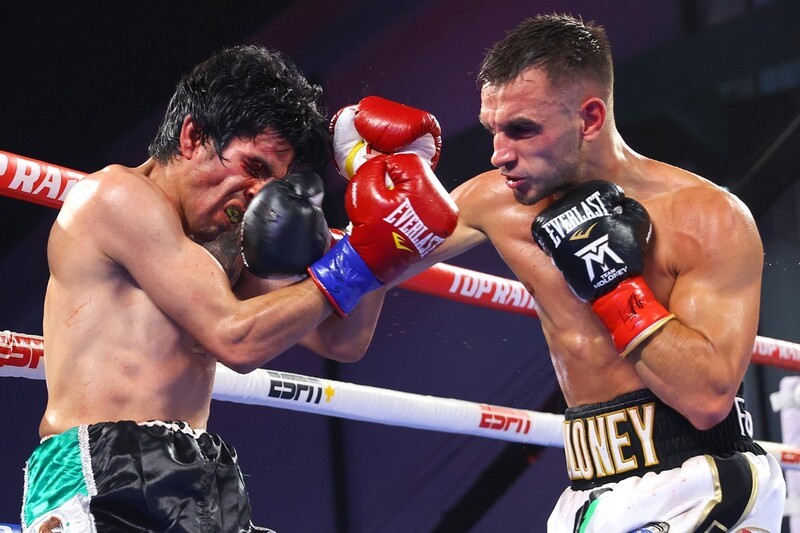 Moloney takes it to Gilberto Mendoza. Photo by Top Rank

Moloney has his eyes on one particular target and believes that if he can come through this fight without injury, then a world title bout could be next.

“[WBO titleholder Kazuto] Ioka is the fight I really want, and with almost 11 weeks between my next fight and New Year’s Eve, I would be more than happy to fight him on that date,” Moloney stated. “If I can’t get Ioka, I’m happy to fight any of the other champions. My goal is to become world champion as soon as possible.”

“I believe it has made Andrew a more complete fighter and he has excelled in every performance so far,” said Tolj. “This fight will push Andrew up the world rankings and I will push for Andrew to get his opportunity.

“I have all the faith in the world in Andrew. Ioka is our focus and I’m doing everything in my power to make that happen.

Jimenez (31-9-6, 16 KOs) went 1-7 in his first eight fights. However, the Dominican Republic-born fighter would eventually claim the national title and reeled off 17 wins from 18 fights to earn a shot at then-WBA 115-pound titlist Kohei Kono (D 12) in Japan. Undeterred, Jimenez continued to post wins while waiting on his next opportunity. That came when he travelled to America to face then-WBA titleholder Kal Yafai, who defeated him via 12-round unanimous decision. The 31-year-old held former four-weight world champion Donnie Nietes to a 10-round draw. He is coming off a win over former world title challenger Keyvin Lara (UD 10).