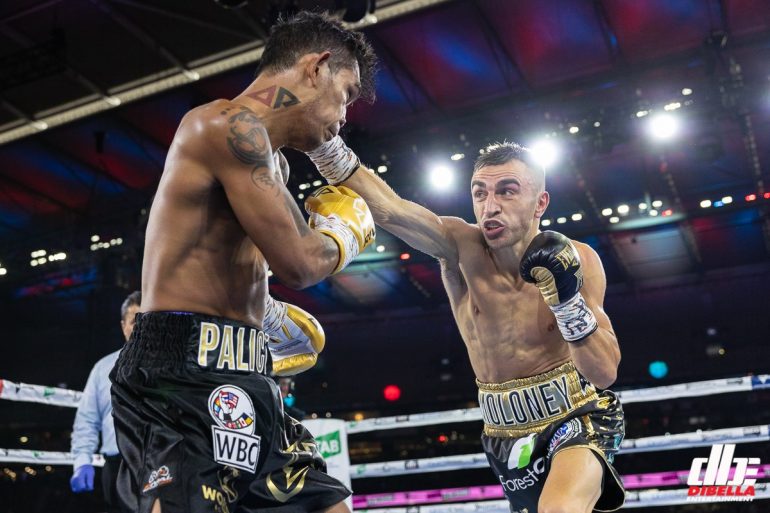 Moloney on the attack against Aston Palicte. Photo by Top Rank
10
Oct
by Anson Wainwright

Two-time world title challenger Jason Moloney will look to secure a third opportunity when he faces Nawaphon Sor Rungvisai on the undercard of the Devin Haney-George Kambosos Jr. rematch at the Rod Laver Arena in Melbourne on Saturday.

Moloney, who is rated No. 1 at 118 pounds, behind The Ring champion Naoya Inoue, knows the importance of this fight.

“This is WBC number one versus WBC number two and there is a lot on the line,” Moloney (24-2, 19 knockouts) told The Ring. “This fight was ordered as a final eliminator by the WBC and has been in the works for quite some time. It’s very exciting to finally have it locked in.

“Nawaphon is a very experienced fighter with 58 professional fights on his record. From what I’ve seen, he looks to be a strong fighter, who likes to come forward. But I like fighters who want to engage and I’ll be prepared for everything that he brings to the ring. I’m sure it will be an excellent fight and it’s one that I am extremely prepared for.” 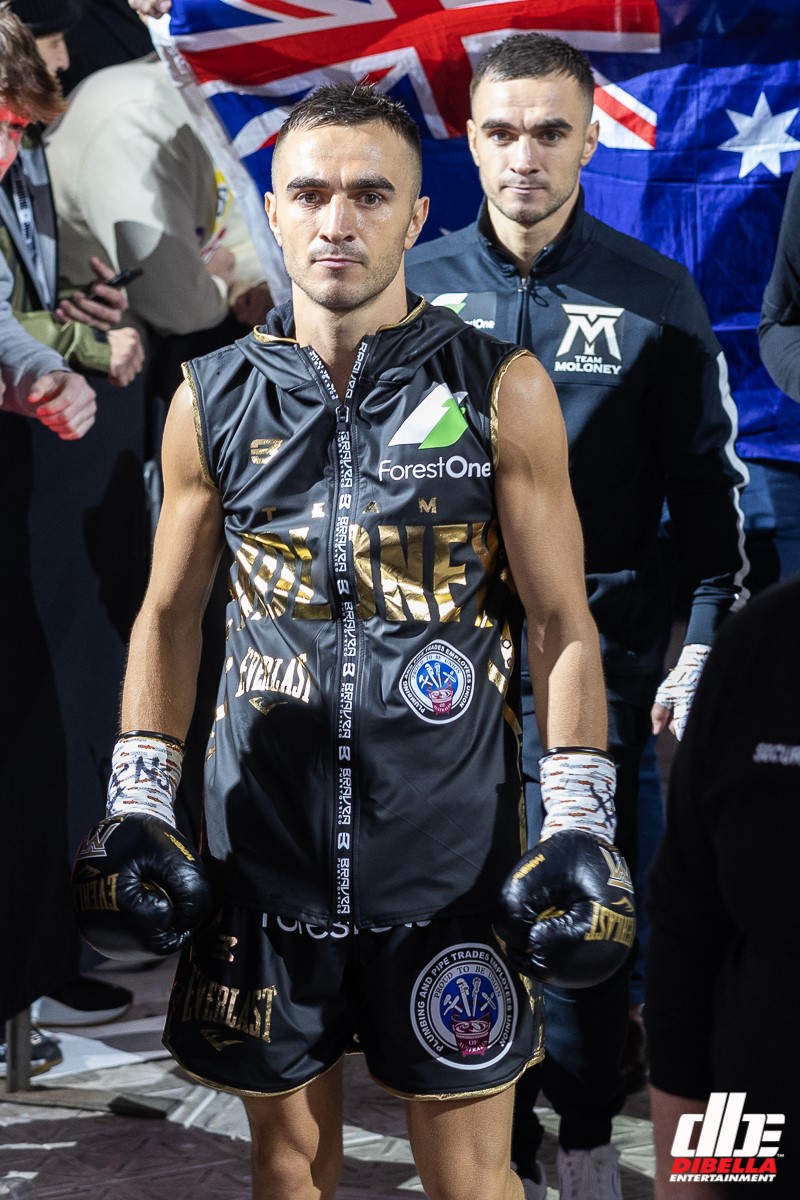 The 31-year-old is grateful that his team were able to secure home advantage and bring Nawaphon out of Thailand for the first time.

“I’m very excited to be fighting in my hometown of Melbourne for the second fight in a row,” said Moloney. “I love fighting at home in front of all my family and friends. I think it showed in my last performance that it really brings out my best.”

Victory will position the Australian on the precipice of another world title opportunity.

“This is win at all costs,” Moloney stated. “My team and I have been working extremely hard to earn my opportunity to fight for a world title again. My dream is to become world champion, and winning this fight will make me the mandatory challenger and show that I’m ready to achieve my goals and dreams.

“If [Naoya] Inoue is still at 118, then I would 100-percent love the opportunity to fight him again. If he moves up to 122, which looks most likely, then a lot of doors open in this division. I look forward to claiming all of the belts and becoming the new king of the bantamweights.”

Moloney’s long-time manager, Tony Tolj, says this has been a difficult fight to make and that both teams have been in talks for a year.

“The Thai team did not want to come to Australia,” recalled Tolj. “We had a January date in the U.S. with Top Rank and then February, March – they couldn’t do those dates, so we agreed to take interim fights.

“Jason is a workhorse and doesn’t stop training. He’s had excellent preparation, beating Francisco Pedroza in a shutout in Costa Mesa, California, then he stopped world-rated Aston Palicte.

“Now, I believe the stars have aligned and Jason has more than proven himself with the elite competition he has defeated. He’ll make the third time a lucky charm.”

Sor Rungvisai (56-1-1, 46 KOs) turned professional with a six-round draw against future junior bantamweight world champion Srisaket Sor Rungvisai in 2009. He won a WBC flyweight regional title and made several defenses before fighting for the vacant world title against Juan Hernandez. That proved a step too far and the Mexican scored a third-round stoppage.

The Thai fighter went through a useful rebuild at bantamweight against former world champions Amnat Ruenroeng (TKO 5), Sonny Boy Jaro (KO 7) and Kompayak Porpramook (TKO 5). However, a prime version of Moloney is a marked step up in class.