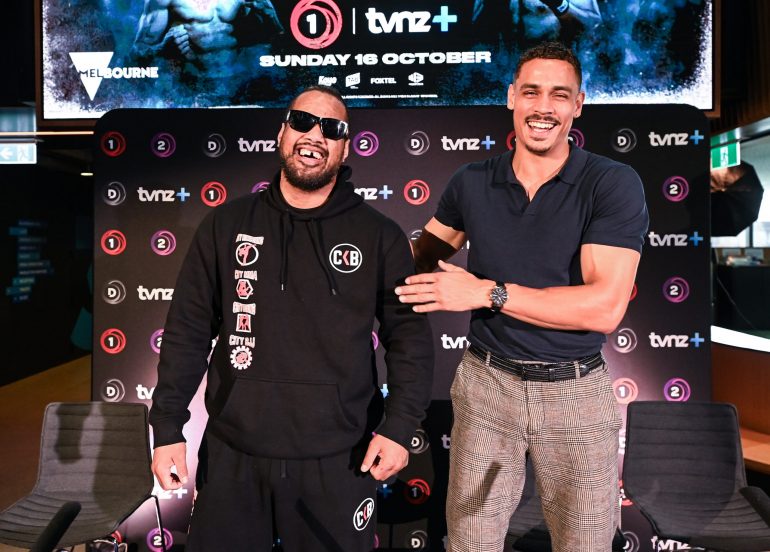 Professional boxers David Nyika (R) and Hemi Ahio during a press conference and media opportunity at TVNZ to announce their upcoming fights on the undercard of the rematch between George Kambosos Jr and Devin Haney in Melbourne in October. Monday 12 September 2022. © Photo: Andrew Cornaga / www.photosport.nz
12
Sep
by Ring TV

Olympic bronze medallist Nyika will be taking another important step on the road to the sport’s big time and undefeated heavyweight knockout artist Ahio is out to break into the world rankings. 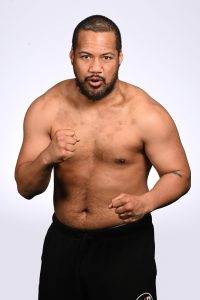 The event will be broadcast live on free TV in New Zealand by TVNZ, marking the first time the national broadcaster has aired live boxing since 2007.

The last time a boxing world title fight screened free-to-air in New Zealand was Tua’s unsuccessful tilt against Lennox Lewis in November 2000. The broadcast was viewed by a record 1.3 million people, which at that time translated into an incredible 82% of all TV viewers – and 200,000 more than watched the royal wedding of Charles and Diana. Kambosos shocked the boxing world last November when he pulled off one of sport’s great upsets to defeat Teofimo Lopez at the famed Madison Square Garden to claim the IBF, WBA and WBO lightweight world titles. The Aussie hero immediately showed what he was made of, putting his titles on the line against the classy Haney in a massive unification fight at Melbourne’s Marvel Stadium in June. Haney won a comfortable decision, but Kambosos has vowed to avenge his first defeat. The chance to showcase their talents to fans back home while featuring on the undercard of the one of the biggest events of the year is massive for Nyika and Ahio. “Everyone knows I am an incredibly proud Kiwi,” says Nyika. “Boxing can be a lonely sport so stepping into the ring knowing my family, friends and supporters back home will be watching is a huge boost.” Nyika’s trainer, Noel Thornberry, was delighted boxing was again attracting mainstream interest in New Zealand. “Boxing has delivered some of the greatest moments in New Zealand sporting history,” Thornberry says. “David Tua blazed a trail for the likes of Joseph Parker, Shane Cameron, Maselino Masoe and now David Nyika is the next in line to continue that incredible legacy. David’s already a national hero with his exploits at the Olympics and Commonwealth Games. He’s a world class athlete – so it’s great that all Kiwi sports fans have this amazing chance to see him in action.” Undefeated Ahio is also thrilled at his chance to step into the limelight. “There’s a lot more to New Zealand heavyweight boxing than Joseph Parker,” Ahio said. “We’ve got some amazing fighters coming through. This is our chance to prove that – and I’m thrilled to be a part of it and to be live on TVNZ on free-to-air is fantastic and makes this massive occasion accessible for all boxing fans” “New Zealand heavyweight powerhouse Hemi Ahio is known locally as the ‘Tongan Tyson’ for his size, style, power, and devastating knockouts,” said Ahio’s promoter, Lou DiBella, President of DiBella Entertainment. “On the verge of breaking into the world rankings, Ahio has an opportunity to display his talents in front of an international audience. He will face Samoan-born, heavy-handed, Australian Faiga Opelu in what is a significant, fan-friendly matchup.” 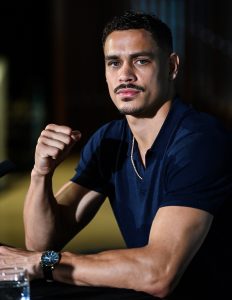 David Higgins of Duco Events, which is co-promoting the event alongside global heavyweights Top Rank and DiBella Entertainment and delivering the event in partnership with TEG Sport said he was delighted to be able to help showcase the next generation of Kiwi boxers. “I’ve always wanted to find a way to get world championship boxing on free-to-air TV in New Zealand,” Higgins said. “The interest is huge, so good on TVNZ for coming to the party. That we can work alongside the likes of Bob Arum from Top Rank and Lou DiBella from DiBella Entertainment to help showcase talents like David Nyika and Hemi Ahio to a massive TV audience shows just how far boxing has come in New Zealand. This is a great development for Kiwi sports fans.”

Legendary American promoter Bob Arum is delighted the undercard for one of the biggest events in Australasian boxing history will have such a strong Kiwi presence.

“I am thrilled to see two of New Zealand’s brightest talents, Hemi Ahio and David Nyika, appear on the historic Haney-Kambosos 2 card,” Arum said. “New Zealand fight fans are passionate and knowledgeable, and I am delighted that an event of this magnitude, headlined by the undisputed lightweight championship of the world, will be free-to-air on TVNZ.”

TVNZ’s Director of Content Cate Slater says, “It’s been nearly 20 years since we’ve seen a boxing event of this scale on TVNZ, and we’re thrilled to be a part of it. What better way to showcase the sport than with Kiwi superstar David Nyika on the card, as well as another match featuring fellow New Zealand boxer Hemi Ahio. This special event is another example of TVNZ’s commitment to bringing the sporting moments that matter to the nation, as we strive to be NZ’s home for free-to-air sport.”

A press release by Top Rank/DiBella Entertainment was used in this article.